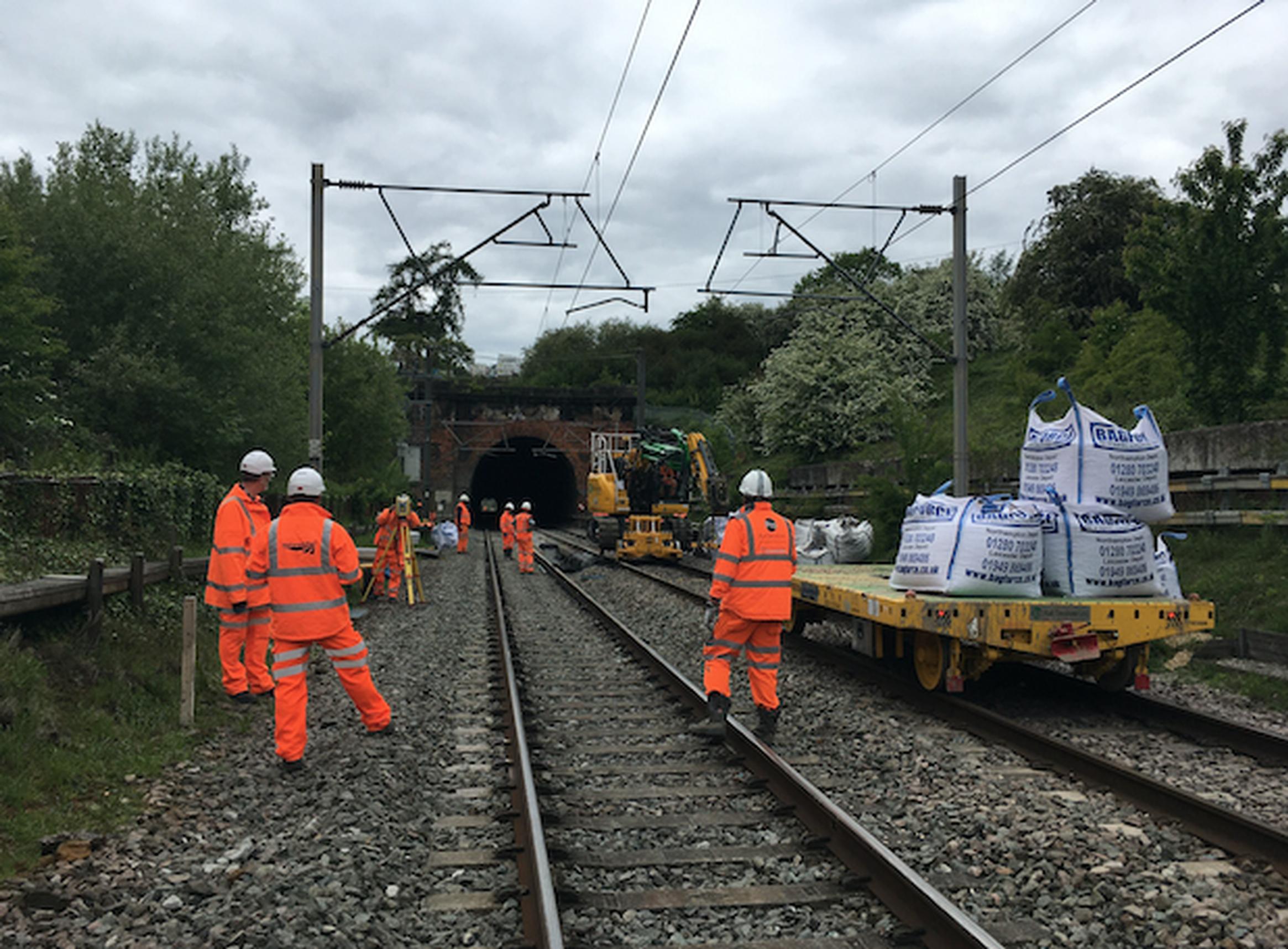 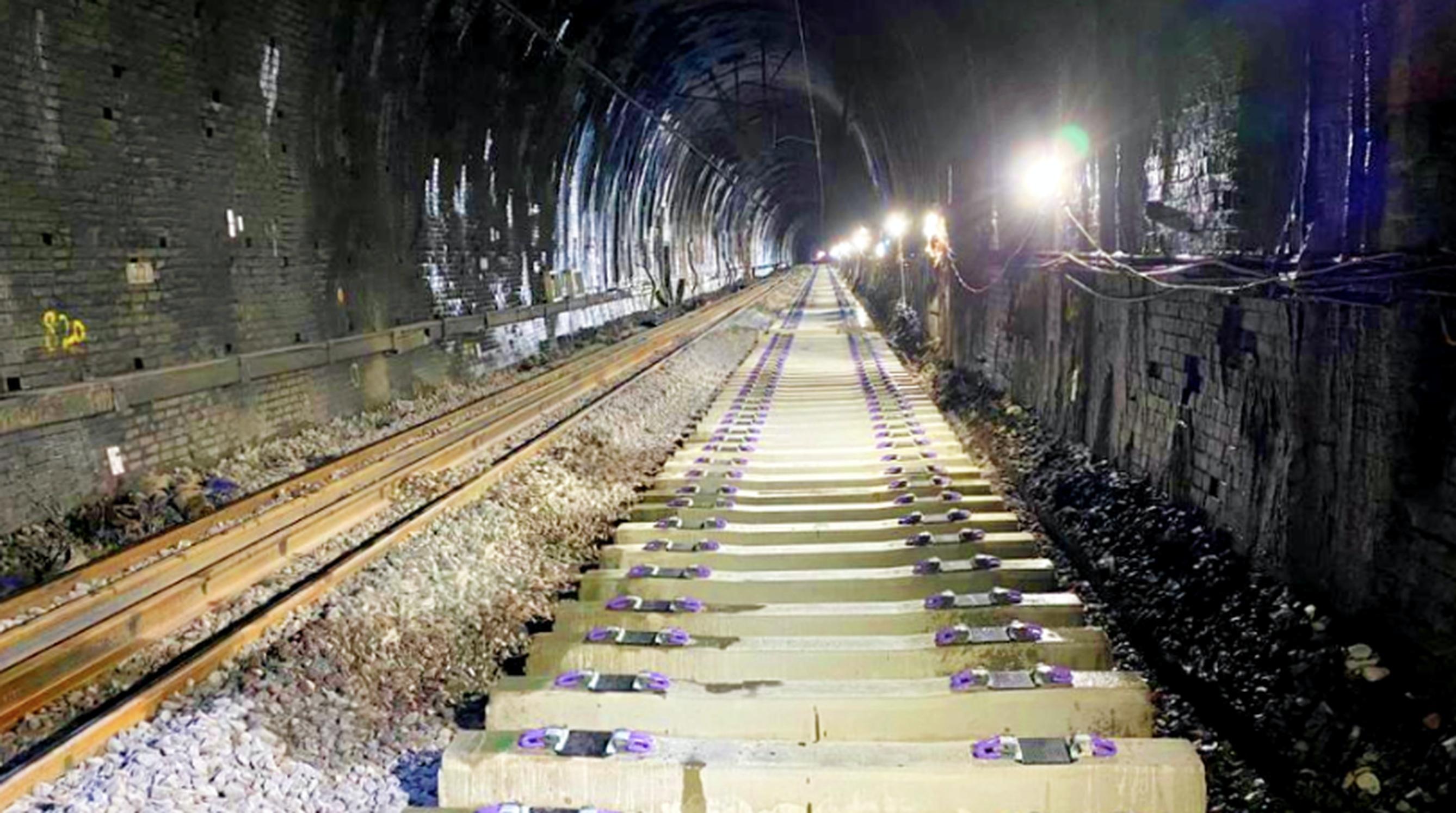 A fortnight’s work on a Victorian-built railway tunnel is now complete to improve future journey times for passengers and freight on the West Coast main line. Kilsby Tunnel near Daventry reopened on 18 May after major upgrades to drainage and track.

Kilsby Tunnel is around 1.5 miles long and is situated on the West Coast main line in Northamptonshire. The tunnel was built in the 1830s using an estimated 30 million bricks. On a normal weekday around 400 trains run through the tunnel on one of Europe's busiest mixed use (passenger and freight trains) stretches of railway passenger and freight railway lines.

It is thought to be the longest full closure of the tunnel since it opened in 1837. Because of its age water leaks through the 183-year-old tunnel’s walls had caused the track to flood and degrade.

Speed restrictions had to be imposed for the 400 trains that passed through it on average every day, causing delays to tens of thousands of passengers travelling between Euston and the Midlands.

Now the waterproofing and track drainage improvement work is complete, trains will be able to run through the tunnel at full line speed of 110 mph once again. This will save Avanti West Coast services a total of 82 minutes in delays every day.

“In normal times it would have been impossible to close this entire section of railway for an upgrade of this scope and scale. I’d like to pay a huge credit to our train operators and industry colleagues for enabling us to carry out this work at short notice and get the railway in the best possible shape as the country recovers from the coronavirus pandemic.”

Network Rail agreed with train operators to carry out this work while fewer trains were running during the coronavirus slowdown. This enabled a total of 250 other jobs to be done on the closed section of railway between Rugby and Milton Keynes. These included:

Gus Dunster, executive director of operations at Avanti West Coast, said: “We are pleased to have played an important role in giving Network Rail access to the railway between Rugby and Milton Keynes – a notoriously difficult section to maintain due to the number of trains that use it every day.

“This scale of work would usually take months of careful planning but working together with industry colleagues we were able to do this in a matter of days because of our reduced timetable and alliance with Network Rail. At the same time, we were able to protect our vital services for key workers, those making essential journeys and enable works to this treasured landmark to take place.”