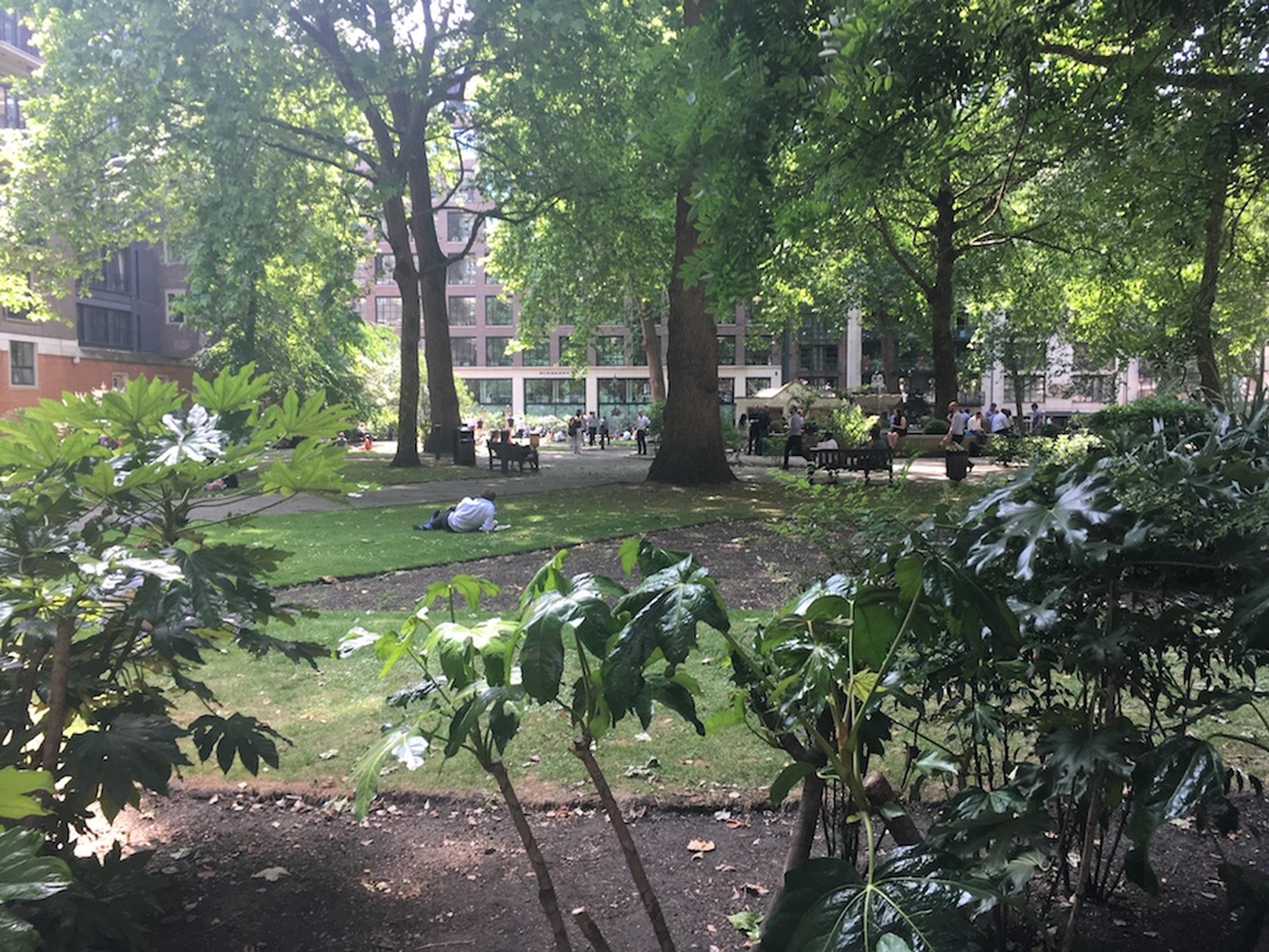 Parks and green spaces should be seen as a tool of healthcare in the same way as medicines and therapies, the Social Market Foundation says. Giving the NHS a role in supporting parks and green spaces would allow doctors to make more use of 'social prescribing' techniques where patients are told to take exercise and spend time outdoors to boost physical and mental health.

International evidence and NHS pilots have shown that using parks as a healthcare resource can improve outcomes for patients and significantly reduce demands on GP surgeries, a new SMF report says.

In a briefing paper, the cross-party think tank said that post-Coronavirus health policies should give NHS England a role in park provision, possibly by giving NHS chiefs access to central government funding for parks. NHS bodies would be less likely to divert funding away from parks than local councils have been.

The paper also suggests introducing new taxes on homeowners close to public parks to raise money for their upkeep. Similar schemes are used in US cities such as Chicago and Seattle. In the latter’s King County area, the owner of a $500,000 pays $7 a month to help fund parks, trails and recreational activities.

The SMF paper comes as more people are able to use public parks as Coronavirus lockdown measures ease.  However, it finds that the 27,000 urban green spaces in the UK are often poorly maintained, with many councils cutting maintenance spending and relying on community groups and National Lottery funding for upkeep.

Lockdown has sparked new debates about access to green space. ONS data published this week shows that one in eight UK households has no garden.

Even though parks have been neglected under austerity, health professionals have started to see greater value in using green spaces to relieve pressure on the NHS.  Some Clinical Commissioning Groups have started using parks to support patients with anxiety and depression whose frequent GP appointments place significant burdens on surgeries.

One scheme in Liverpool involved setting up a park walking club for patients who made frequent use of GP services for non-clinical needs. The result was a significant reduction in the group’s use of GP services, freeing up resources for others.

That follows the example of countries such as New Zealand, where Green Prescriptions (GRx) have existed since 1998. One survey of 3,000 recipients found that six in ten were more active since receiving their GRx.

Because of the medical benefits and potential saving to the NHS, the SMF paper argues that health bodies should be directly involved in parks.  This would continue moves by NHS England to take a role in urban planning and housing policy.  Some NHS bodies have even “prescribed” and funded new boilers for patients, because warmer homes improve health.

Linus Pardoe of the SMF said: 'If we acknowledge parks and green space as another means of delivering better health outcomes, should we not look to equip the NHS with the means to ensure the availability of parks? Providing – and funding – medicines, physical and talking therapies is a core function of the NHS, so why not parks?  Maybe a health service that can provide new boilers can take a role in ensuring the availability of green spaces too.'

The SMF report suggests that NHS bodies should be able to take part in bidding for any additional parks funding offered by central government, perhaps in partnership with local authorities.

And when the current phase of the COVID-19 crisis is over: 'Government should investigate the overall national potential for better patient outcomes and better use of NHS resources arising from greater use of socially-prescribed public parks and green spaces. If there is convincing evidence that more use of parks would yield significant benefits, NHS England should be resourced to support the improvement and expansion of park provision directly.'

Ideally this would involve increased overall spending on parks, but if it is necessary to shift funding from local authorities then putting public funds for parks under the partial control of health agencies rather than local authorities might reduce the scope for those resources to be allocated elsewhere.