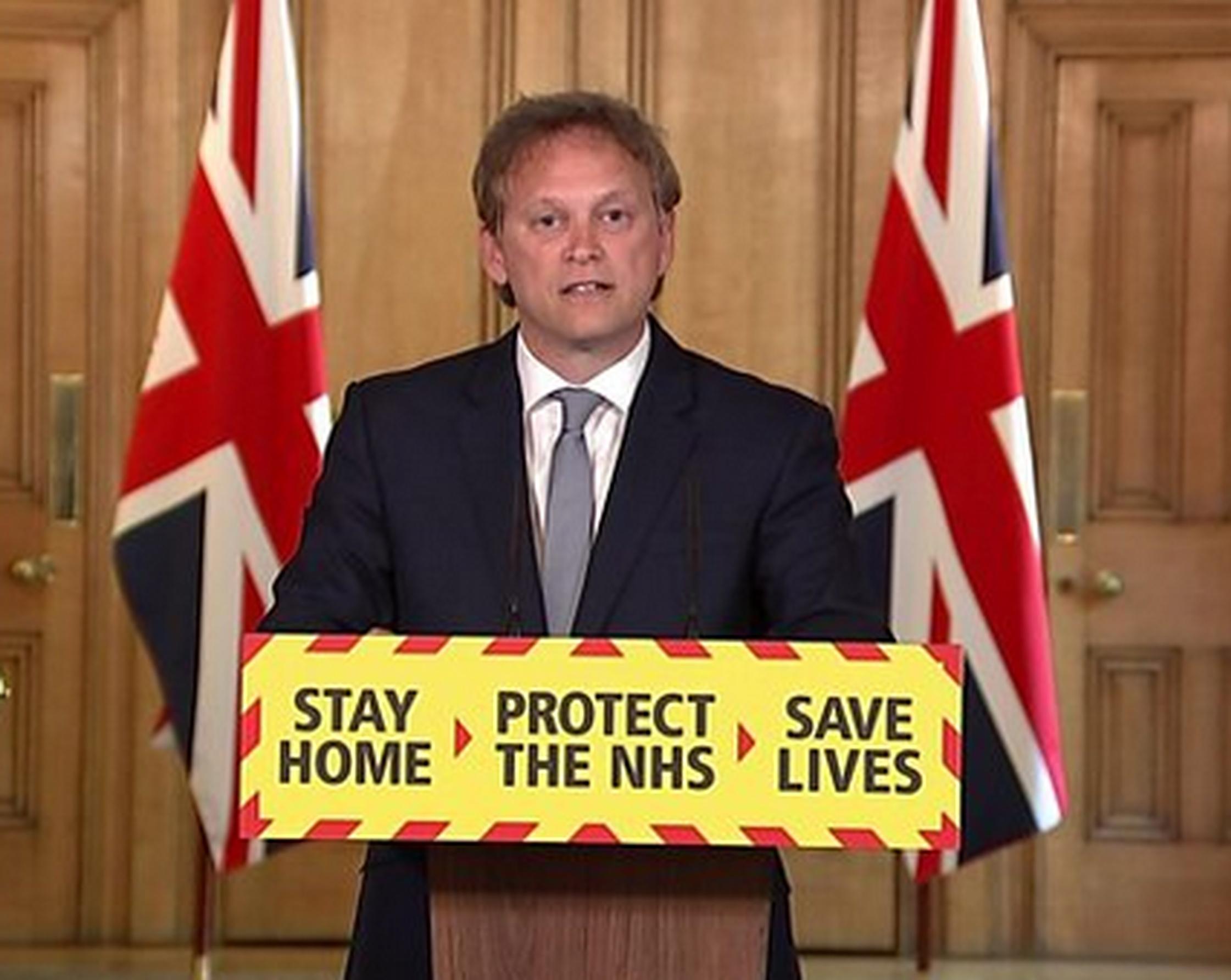 The Government is to invest in pop-up infrastructure to support cycling and walking during and after the coronavirus pandemic, Transport Secretary Grant Shapps announced during today’s 10 Downing Street briefing.

Pop-up bike lanes with protected space for cycling, wider pavements and safer junctions, as well as cycle and bus-only corridors will be created in England within weeks as part of a £250m emergency active travel fund.

The emergency active travel fund will be first stage of a £2 billion investment commitment, which is in turn part of a £5 billion in funding announced for cycling and buses announced in February.

Transport Secretary Grant Shapps opened the briefing by saying: “Here is a very stark fact. Even with public transport reverting to full service – once you take into account the 2-metre social distancing rule – there would only be effective capacity for one in ten passengers on many parts of the network. Just a tenth of the old capacity. So, getting Britain moving again, while not overcrowding our transport network, is going to require many of us to think carefully about how and when we travel.”

Shapps said that, in some places, there has been a 70% rise in the number of people on bikes for exercise and necessary journeys, such as stocking up on food. “So, while it’s still crucial that we stay at home, when the country does get back to work, we need those people to carry on cycling and walking, and to be joined by many more,” he said. “Otherwise, with public transport capacity severely restricted, more cars could be drawn to the road and our towns and cities could become gridlocked.”

Grant Shapps' speech can be read by clicking here

Encouraging a lasting modal shift
The Department for Transport (DfT) wants to encourage more people to choose alternatives to public transport when they need to travel, helping make sure the road, bus and rail networks are ready to respond to future increases in demand.

“During this crisis, millions of people have discovered cycling - whether for exercise or as a means of safe, socially-distanced transport,” said Shapps. “While there is no change to the ‘stay at home’ message today, when the country does get back to work we need those people to stay on their bikes and be joined by many more. Otherwise, with public transport’s capacity severely restricted at this time, our trains and buses could become overcrowded and our roads gridlocked – holding up emergency services, critical workers and vital supplies. We know cars will continue to remain vital for many, but as we look to the future we must build a better country with greener travel habits, cleaner air and healthier communities.”

The Government will fund and work with local authorities across the country to help make it easier for people to use bikes to get around. For example, Greater Manchester wants to create 150 miles of protected cycle track, and Transport for London plans to create a “Bike Tube” network above Underground lines.

Fast-tracked statutory guidance, published today and effective immediately, will tell councils to reallocate road space for significantly increased numbers of cyclists and pedestrians. In towns and cities, some streets could become bike and bus-only while others remain available for motorists. More side streets could be closed to through traffic, to create low-traffic neighbourhoods and reduce rat-running while maintaining access for vehicles.

The new statutory guidance can be read by clicking here

Vouchers will be issued for cycle repairs, to encourage people to get their old bikes out of the shed, and plans are being developed for greater provision of bike fixing facilities. Many more will take up the Cycle to Work scheme, which gives employees a discount on a new bike.

An updated Cycling and Walking Investment Strategy will be launched by the Prime Minister in the summer, with further measures to transform cycling and walking to deliver the Government’s aims to double cycling and increase walking by 2025. It will include:

Testing e-scooters
New laws could see people using electric-scooters on UK roads. E-scooter trials will also be brought forward from next year to next month to help encourage more people off public transport and onto greener alternatives. Originally set to take place in four 4 Future Transport Zones, the trials of rental e-scooters – which will now be offered to all local areas across the country – will allow government to assess the benefits of e-scooters as well as their impact on public space, with the potential to see rental vehicles on UK roads as early as June.

Andy Street, the Mayor of the West Midlands said: “I am pleased the government has put its faith in us again with this new and innovative trial of e-scooters. This trial will help bring more flexibility, choice, and greener travel solutions for the region, at a time when we are facing a climate emergency and urging people to leave the car at home. We will also use the trial to look at the current transport challenges the coronavirus pandemic has presented us with and explore how e-scooters could be used to help tackle them.”

Promoting active travel
The Government will also be launching a campaign to encourage more people to look at alternative ways to travel, to walk or get on a bike for their commute instead of public transport. Today, riders from Team Ineos, including Chris Froome and Geraint Thomas, will be telling people to #GetPedalling.
Sir Dave Brailsford, Team Principal of Team INEOS, said: “If ever there was a good time to get on your bike, it’s now. You will be helping take pressure off public transport. You will be looking after your health. You will be looking after the health of others and you will be helping the environment. Let’s all get pedalling and help Britain on the road to recovery.”

Encouraging electric vehicles
The Government said it aims to encourage people to choose greener forms of travel when the coronavirus restrictions are lifted so a further push is being made to encourage drivers to purchase an electric vehicle. An extra £10m – double the current funding amount – is being committed to the on street residential chargepoint scheme which will allow local authorities to install up to 7,200 devices, making it more convenient to charge and own an electric vehicle.

Further efforts to encourage drivers to make the switch include the upcoming launch of a consultation which will examine ways of making charging electric vehicles just as easy as filling up a traditional petrol or diesel car. It will explore measures such as requiring rapid charging points – which are fundamental for longer journeys – to offer contactless payment, improving transparency on pricing and giving drivers better access to information about the chargepoints available on their journey.

Developing transport apps
The government is also working alongside the tech sector to see how technology could be used to help commuters stagger their journeys and advise on alternative modes of travel. Transport technologists, including Google, Zipabout and Trainline, met this week at a roundtable chaired by the Transport Secretary, to explore how technology could help ease overcrowding and reduce the risk of a second spike in coronavirus cases.

Potential solutions could include mobile phone apps warning when public transport is particularly busy or advising on a quieter time to travel, allowing people to flex their hours and prevent the transport network from being overburdened.