New car sales collapse by 97% due to pandemic 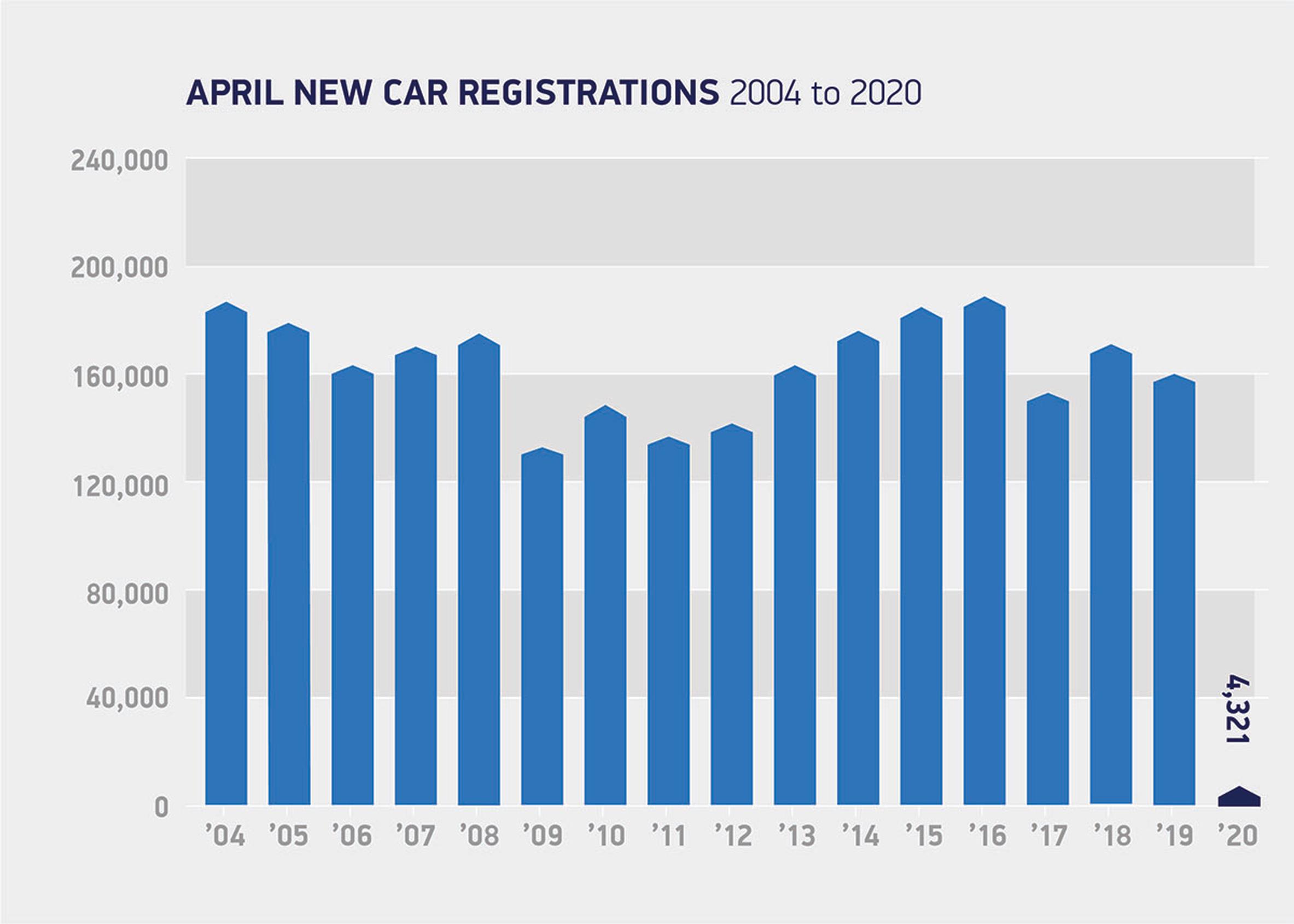 New car registrations plummeted by 97.3% in April, according to figures published by the Society of Motor Manufacturers and Traders (SMMT). This marks a record low for the new car market as the coronavirus pandemic forced the nation into lockdown for the entire month, with showrooms closed and car buyers housebound.

Just 4,321 new cars were registered in the month, some 156,743 fewer than in April 2019. Many of the 4,000 cars sold last month were needed to support key workers and for those who had a pressing need for them, the SMMT said.

The decline was the steepest of modern times, and is in line with similar falls across Europe, with France -88.8% down and the Italian market falling -97.5% in April.

Fleet orders represented by far the bulk of the market, taking 71.5% market share, equivalent to 3,090 units, while private buyers registered just 871 cars – a year on year fall of -98.7%. The distortion was reflected across all segments and fuel types, with the numbers of new petrol and diesel cars joining UK roads down -98.5% and -97.6% respectively, as plug-in hybrid vehicles (PHEVs) declined -95.1% and hybrids (HEVs) -99.3%.

Meanwhile, the niche battery electric vehicles sector saw a smaller percentage decrease of -9.7%, as some pre-ordered deliveries of the latest premium models could be fulfilled.

The news comes as SMMT releases its latest new car market forecast for 2020, downgrading previous expectations to just 1.68 million registrations. This puts the sector on course to record its worst performance since 1992’s 1.59 million units, below the levels seen during the financial crisis and some -27% lower than the 2.31 million new cars registered in 2019. Despite this, the BEV market is expected to double in 2020 to 77,300 units as new model introductions bolster the market.

Mike Hawes, SMMT's Chief Executive, said: “With the UK’s showrooms closed for the whole of April, the market’s worst performance in living memory is hardly surprising. These figures, however, still make for exceptionally grim reading, not least for the hundreds of thousands of people whose livelihoods depend on the sector. A strong new car market supports a healthy economy and as Britain starts to plan for recovery, we need car retail to be in the vanguard. Safely restarting this most critical sector and revitalising what will, inevitably, be subdued demand will be key to unlocking manufacturing and accelerating the UK’s economic regeneration.”