People will be reluctant to use public transport, Ipsos MORI poll suggests 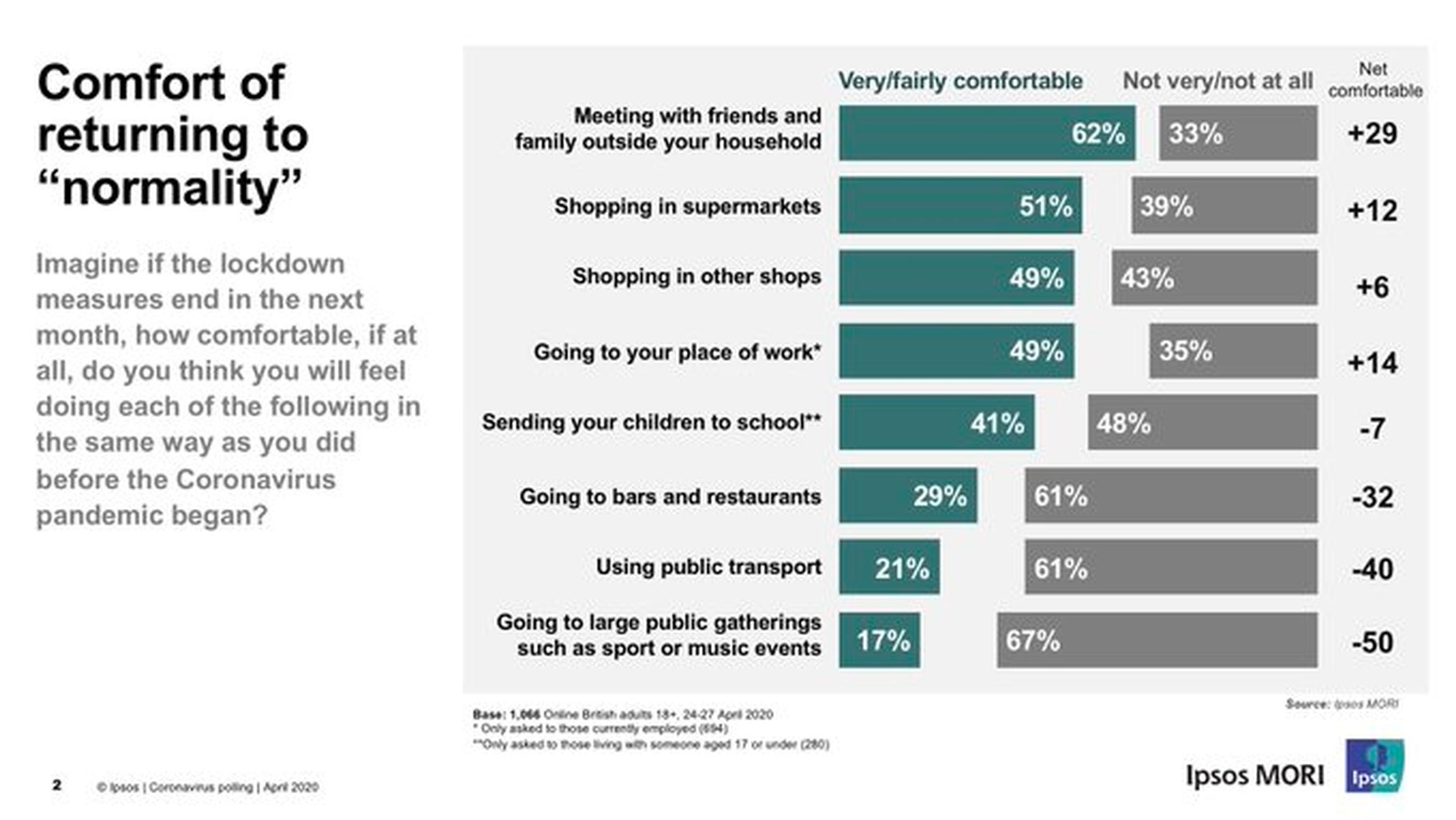 More than 60% of people would be uncomfortable about going out to bars and restaurants or using public transport, should ministers decide to relax the lockdown, suggests a survey for Ipsos Mori.

More than 40% would still be reluctant to go shopping or send their children to school and more than 30% would be worried about going to work or meeting friends.

In new polling by Ipsos MORI, two-thirds (67%) of Britons say they will feel uncomfortable going to large public gatherings, such as sports or music events, compared to how they felt before the virus. Only 17% would feel comfortable attending such an event while 41% would feel not at all comfortable.

Despite being most willing to attend large public events and bars/ restaurants, young people are least likely to be comfortable with meeting friends and family outside of their households. While two-thirds (64%) of those aged 35-75 would be happy doing so, only 57% of 18-34-year olds are at ease with this.

Half (49%) of those who are currently employed feel comfortable going back to work, a third (35%) would be nervous to do so.

Keiran Pedley, Research Director at Ipsos MORI said: “The public are looking forward to seeing family members again in person and a clear majority are comfortable doing so. However, there is clear unease at other consequences of the lockdown ending. In particular, clear majorities of Britons are nervous about using public transport again or going to bars, restaurants or live music and sporting events. These numbers suggest that it will take some time for parts of the British economy to return to any semblance of normality, even after lockdown has ended.

Ipsos MORI interviewed a representative sample of 1,066 British adults aged 18-75 online between 24-27 April 2020. The data was weighted to reflect the profile of the population.