Coronavirus: Demand for new cars is weak in both domestic and export markets 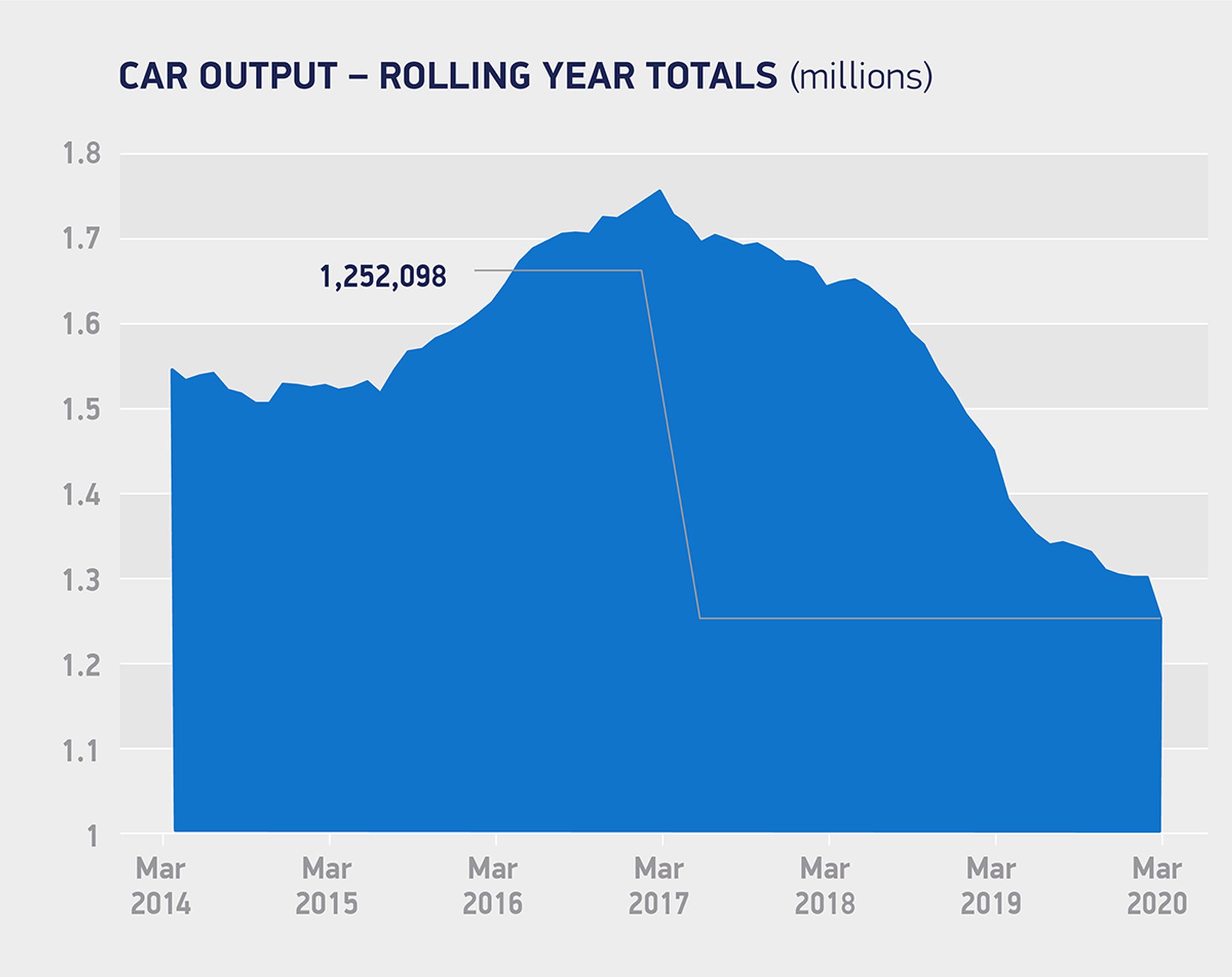 British car production fell over a third during March as coronavirus crisis shut factories, according to figures released by the Society of Motor Manufacturers and Traders (SMMT).

Just 78,767 vehicles left factory gates in the month, some 47,428 fewer than the previous year, as the coronavirus crisis caused UK car plants to close, resulting in more than 140 days worth, in total, of lost production.

Output for the domestic market declined by 36.8%, while exports fell by 37.8% as the pandemic forced showrooms to close around the world. Demand was particularly weak in major export destinations, including the US and EU where many key markets were shut for the majority of the month.

However, shipments to China rose by 2.3% as lockdown measures began to ease. Overall output for the sector rounded off the first quarter down by 13.8% with 319,252 vehicles leaving factory gates compared with 370,289 in the same period in 2019.

Mike Hawes, SMMT Chief Executive, said: “The UK automotive sector is fundamentally strong but, as these figures show, it is being tested like never before, with each week of shutdown costing the sector and economy billions. Government’s emergency measures are helping keep many companies afloat and thousands of people in jobs, but liquidity remains a major concern and will become even more stretched as the industry begins to restart.

“To get production lines rolling, we need a package of measures that supports the entire industry. We need coordination and collaboration with government, the workforce and wider stakeholders to unlock the sector in a safe and sustainable way. This will include new workplace guidance, additional measures to ease cash flow and help furloughed colleagues back to work, as well as demand-side measure to help encourage customers back into the market. This should be seen as long-term investment into the underlying competitiveness of an industry critical to the health of the economy and the livelihoods of thousands of households right across the UK.

“A successful restart of the UK automotive sector will require a clear plan and close coordination and cooperation between government and industry built on four pillars. These include re-opening automotive retail and stimulating demand, ramping up safe and sustainable production, securing and supporting resilient supply chains, and ensuring a supportive regulatory framework is in place.”

March production started mostly as normal in the UK, although factory closures in China, Italy and across Europe had disrupted supply chains. However, by the end of the month the rapid spread of the coronavirus had forced every large car factory to close. April production is likely to have been the lowest for decades, given ongoing shutdowns.

UK carmakers are planning to return to work during May, with new physical distancing measures such as taping off toilets and break areas to checking employees’ temperatures every day.