Middle-door only boarding across the London bus network 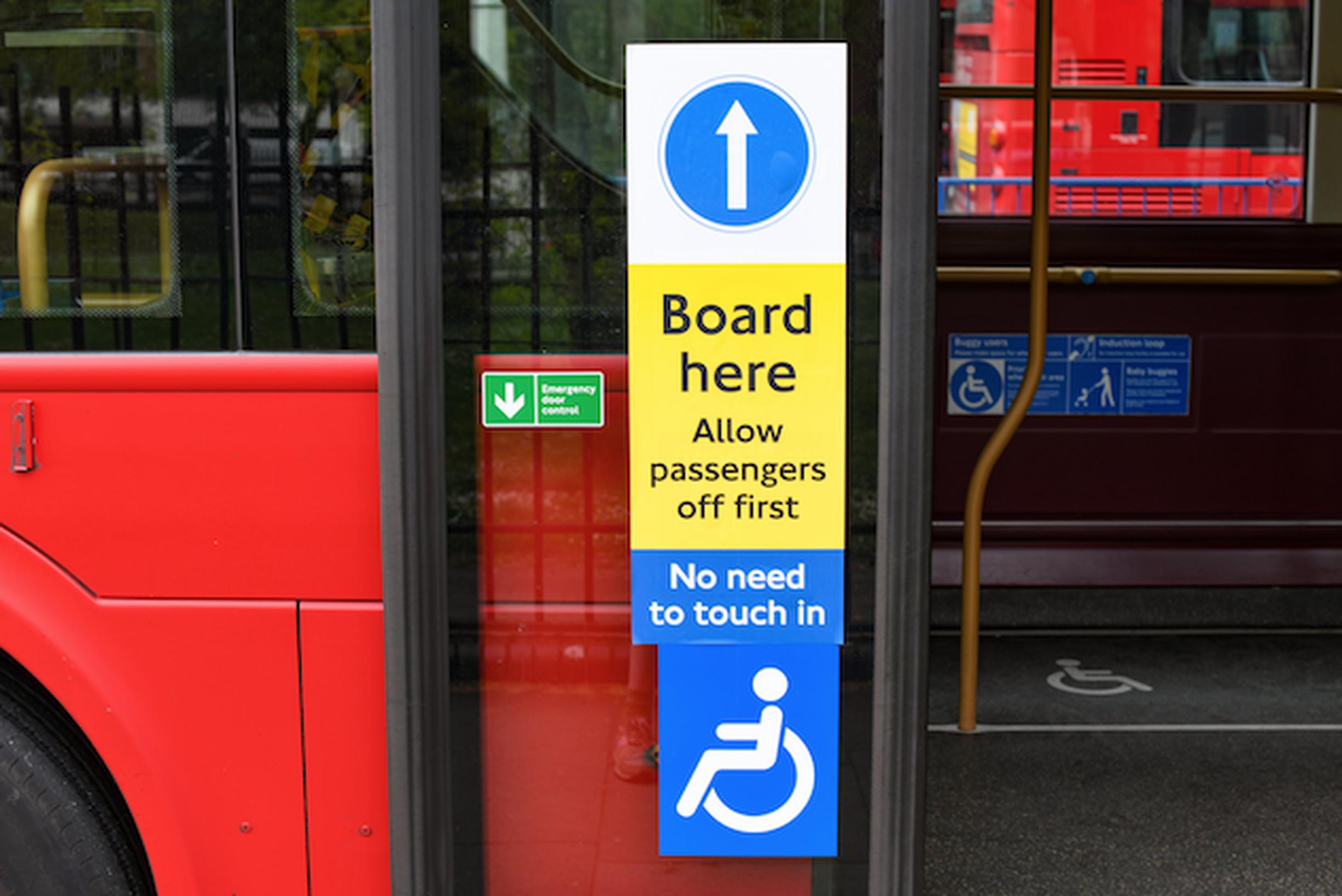 Buses in London have become middle-door only boarding as part efforts to help combat coronavirus.

The move follows a trial of middle-door boarding conducted by Transport for London (TfL) in the wake of concerns over driver safety following a spate of deaths of bus personnel in the capital.

The change, which came into effect on 20 April, is designed to improve safety for bus drivers and critical workers as passengers will only be able to board using the centre doors of buses, enabling better social distancing while the city is fighting the virus.

The number of people on buses in London has plummeted by around 85% since the lockdown was announced last month.

The Mayor of London Sadiq Khan said: “I am extremely grateful to all our heroic transport workers for the fantastic job they do day in and day out keeping our city moving and helping key workers get to where they are needed most.

“Middle-door only boarding across the London bus network will further protect drivers and follows on from enhancing the anti-viral cleaning regime across the network, adding a new protective film to the screens of drivers' cabs, and preventing passengers sitting next to bus drivers.”

Passengers enter will not be required to touch in. Customers are being instructed not to approach the card reader near the driver's cab.

The change to boarding will provide better protection for drivers, who are playing a vital role in helping other critical workers, like doctors and nurses, to tackle the virus. The safety boost follows a trial on nine routes to ensure that it was safe for all.

The trial was on nine Abellio routes that operate out of Walworth bus garage. It included two routes that serve hospitals.

From observing passengers across the 140 buses involved in the trial, TfL said it is also confident that the low number of people currently using the network can keep a safe distance when entering and exiting through the same door.

Claire Mann, TfL's Director of Bus Operations, said: “Bus drivers are pivotal in ensuring critical workers like NHS staff and grocery workers can perform the vital roles they do during this national emergency.  Their efforts are nothing short of heroic, and it is essential that we leave no stone unturned when looking to protect them. Extending middle-door only boarding across the bus network will add another layer of protection on top of the other robust safeguards in place. Even with these significant safety enhancements I would like to remind Londoners to stay at home to ensure that critical workers and London's bus drivers can get around the city safely.”

The move has been welcomed by trade unions. Pete Kavanagh, Unite London and Eastern Regional Secretary, said: “This is a very welcome move and we are very relieved that TfL is listening to Unite and its members. We have lost members of our bus family in recent days and we refuse to lose any more.

“Unite has been asking for central boarding as an essential safety measure during these times because bus workers are, understandably, fearful for their health. It is reassuring that the Mayor and TfL have listened and acted now to protect this workforce.

“We have 20,000 bus workers across the capital. They have lost colleagues and friends in recent weeks. They need to see all the support that they can muster from the Mayor, the employers and TfL so that they can assure their loved ones that they are being kept safe at work.”

The new operation of buses builds on the enhanced social distancing measures already introduced by TfL after working closely with the trade union Unite. This includes signage asking passengers not to sit in the seats near the driver's cab, improvements to the protective screen that shields drivers and regular announcements to reinforce the need to keep a safe space from others. TfL is also exploring what more can be done to create a completely sealed partition between drivers and passengers that allows for both communication and ventilation.

The middle-door boarding arrangements will be kept under review and will need to be adjusted as the Government reviews in future the travel restrictions currently in place across the country.

TfL has also introduced a new bus cleaning regime to kill the virus across TfL's services using new, anti-viral fluid in stations, depots, bus garages, trains and on buses, including the driver's cab. Daily cleaning is designed to ensure that ‘touch points’ on buses (including steering wheel, poles, doors and handles) are treated with antiviral cleaner (as used elsewhere in TfL) every night after the regular cleaning is completed. Bus garages and rest rooms are similarly treated daily.

Social distancing is in place in depots, both for drivers and other staff. Union reps have been stood down to support local managers in enforcing this. Tables and chairs in canteens and other rest areas have been reduced to force social distancing. At bus garages and bus stands/stations additional buses have been parked and designated as staff rest areas.

All drivers on London Buses are shielded from public interaction by a clear protective screen. Enhancements have been made on all buses to ensure this screen provides  higher levels of protection.

Announcements are in place on buses for customers to encourage social distancing.TfL has asked customers to not sit in seats nearest to bus drivers and signage is now out on the network.

TfL is funding enhanced sick pay for bus staff who are suffering from COVID-19 symptoms, or have to self-isolate for up to 14 days because someone in their household has symptoms. This is to ensure drivers do not feel forced to attend work for financial reasons when they should not, while ensuring we have sufficient drivers to maintain the service for critical workers.

TfL said the latest advice from scientific experts such as the World Health Organisation and Public Health England is that is that clinical personal protective equipment (PPE) is not required in non-care settings and could be counterproductive. However, the Mayor has asked TfL to look into the availability of PPE.