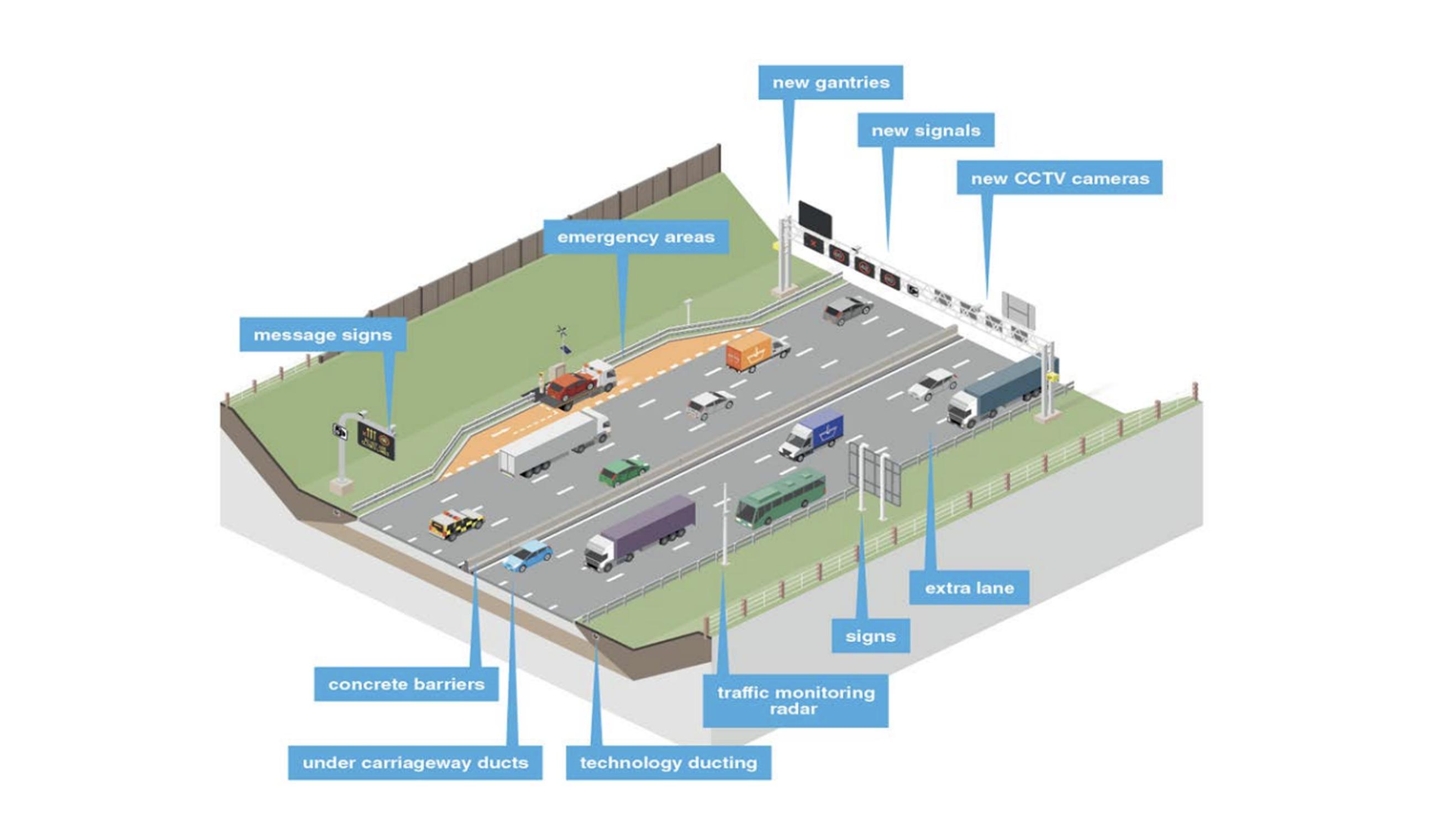 The Transport Secretary has set out an 18 point package of measures to improve safety and public confidence. Key points are that ‘dynamic hard shoulder’ motorways will be abolished to end confusion, and ‘stopped vehicle detection’ will be rolled out 'at pace', with places to stop in an emergency spaced closer together.

The moves follow analysis commissioned by the Transport Secretary which found that overall, evidence shows that in most ways smart motorways are as safe as, or safer than, conventional ones.

Data shows that the risks that are lower on smart motorways compared with conventional motorways include tailgating, rapid changes of vehicle speeds, vehicles drifting off the carriageway and vehicles being driven too fast.

However, some risks are higher than on conventional motorways, for example the risk of a collision between a moving and stationary vehicle.

In order to address these risks the Transport Secretary has unveiled a package of 18 measures, which includes abolishing confusing ‘dynamic hard shoulder’ motorways and substantially speeding up the deployment of ‘stopped vehicle detection’ – a radar-based system which spots stationary vehicles – so that it is installed across the entire smart motorway network within 36 months.

This will enable broken down drivers to typically be detected within 20 seconds, with lanes closed more quickly.

Grant?Shapps, Secretary of State for Transport, said: 'I’ve been greatly concerned by a number of deaths on smart motorways, and moved by the accounts of families who’ve lost loved ones in these tragic incidents.

'I commissioned an urgent stocktake of smart motorways to provide a clearer picture of their safety and make recommendations on next steps. I envisaged it to be swift, but during the course of our investigations a complex picture emerged – which warranted further work.

'That work has now concluded and overall, evidence shows that in most ways smart motorways are as safe as or safer than conventional ones.

'But I am clear that there is more we can do to raise the bar on smart motorway safety. The extended package of measures I have set out will help rebuild public confidence in our motorway network and ensure that safety is firmly at the heart of the programme.'

The changes will also ensure that the distance between places to stop in an emergency is reduced to three-quarters of a mile where feasible, so that on future schemes motorists should typically reach one every 45 seconds at 60mph. The maximum spacing will be one mile.

The action plan also sets out the government’s commitment to installing 10 additional emergency areas on the existing M25 smart motorway and considering a national programme to install more places to stop where they are more than a mile apart. Highways England will also investigate what more can be done on sections of the M6 and M1 where there have been clusters of incidents.

There will also be more communication with drivers to ensure motorists feel as safe as possible on smart motorways. An additional £5 million is being committed on national, targeted communications campaigns to further increase drivers’ awareness and understanding of smart motorways and how to use them confidently.

The campaign will launch later this year and include advice on what to do if drivers break down on a smart motorway.