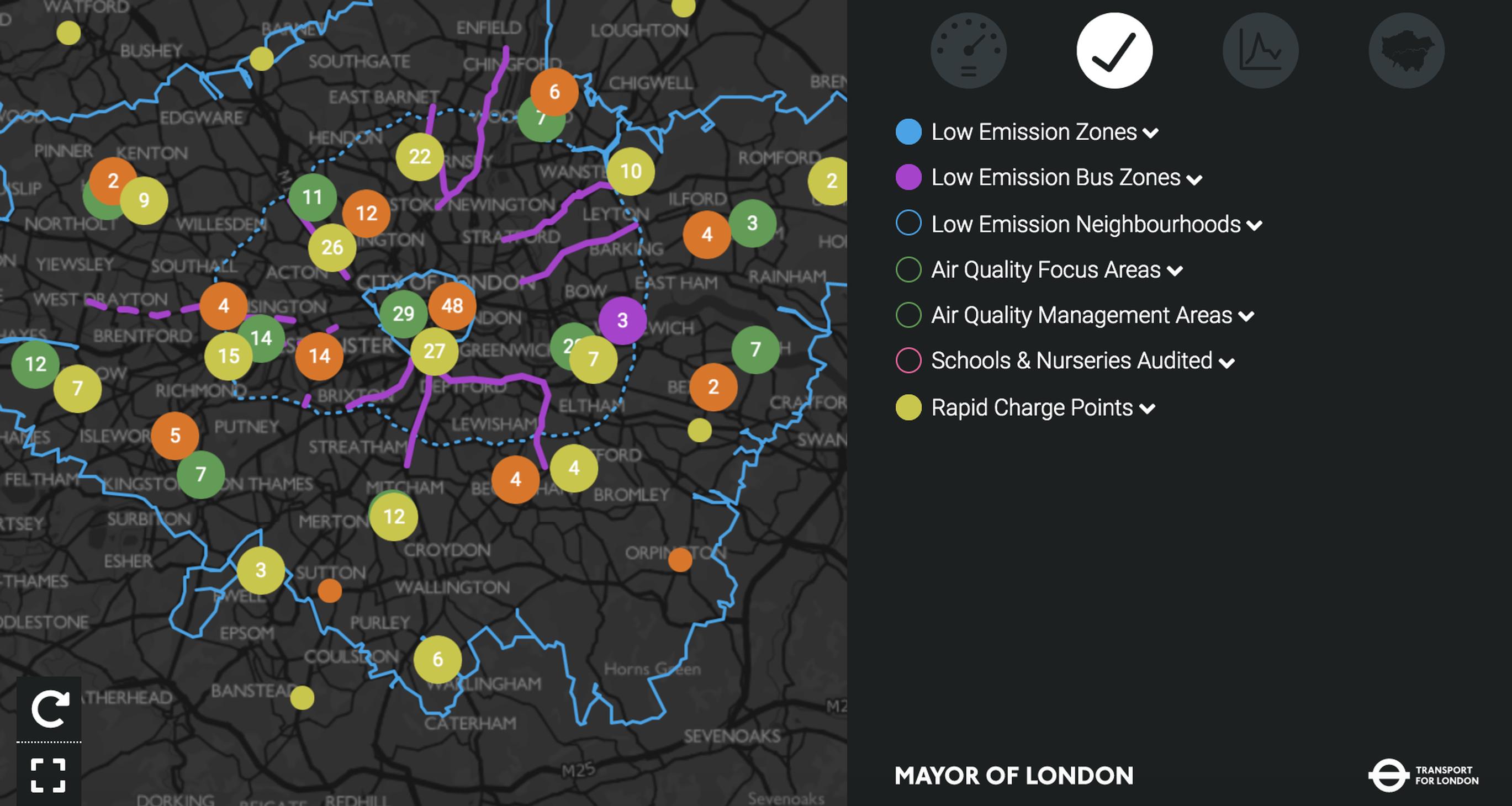 New data shows that air quality in some of London’s worst pollution hotspots has significantly improved since 2016 when Sadiq Khan began to implement policies to clean up London’s toxic air.

The figures reveal that during 2016, London’s air exceeded the hourly legal limit for nitrogen dioxide for over 4,000 hours. Last year, this fell to just over 100 hours – a reduction of 97 per cent. Between 2004 to 2017 London breached the permitted number of exceedances for NO2 within the first week of the year. In 2019 only one site breached and it did not occur until July.

There have also been significant reductions in Londoners’ long-term exposure to air pollution, with every monitoring site in the capital recording a reduction in annual average NO2 levels. Londonwide, there has been an average reduction of 21 per cent between 2016 and 2019.

The Mayor of London, Sadiq Khan, said: ‘Toxic air is a national health crisis contributing to thousands of premature deaths ever year. I have taken bold action in London with measures such as the world’s first Ultra Low Emission Zone and Low Emission Bus Zones, and it’s undeniable that these are making a difference to the air we breathe.

'We’re doing all we can in the capital, with proven results, so there are no excuses left for the Government’s failure to match our levels of ambition.'

According to his office, since he became Mayor Sadiq has:

However, there are still many locations where pollution levels remain high - including for particulate matter - for example at the monitoring site in Vauxhall which preliminary research indicates may be being impacted by a nearby ventilation shaft from the Tube. The Mayor is working with TfL to trial innovative new approaches to reduce pollution which is transported from the Tube network to the air above ground via ventilation systems.