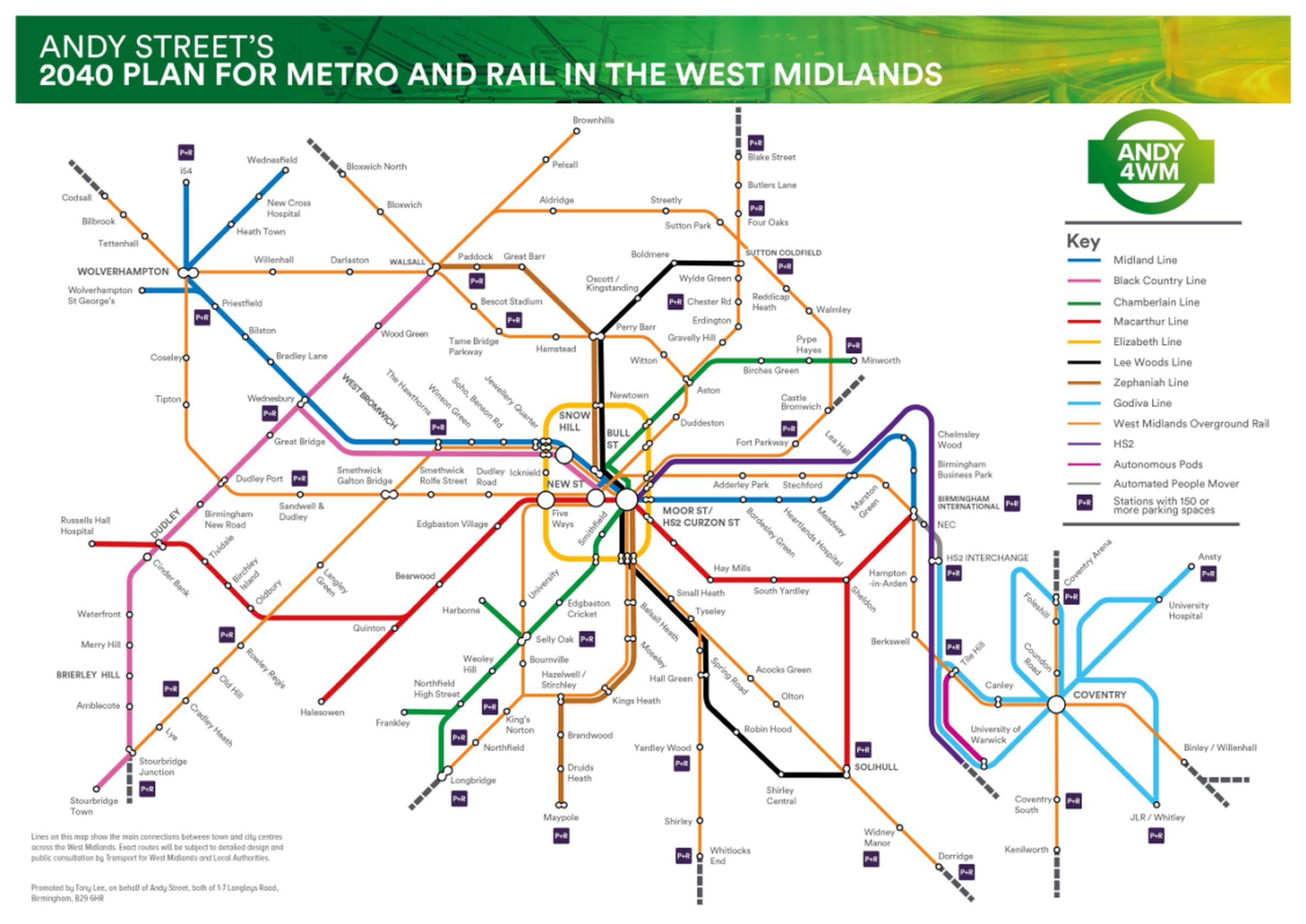 West Midlands Combined Authority’s Mayor, Andy Street, has unveiled a ‘Tube-style map of the West Midlands’, outlining his twenty-year ambition for Metro and rail lines in the region.

As part of his plans the Mayor wants to open eight new Metro lines and 21 new rail stations across the West Midlands by 2040, reports birminghamupdates.com

Rail Stations & Property, the UK’s premier rail property event, will be held in on March 19 2020 in the West Midlands for the first time, and speakers will explore the rail vision for the West Midlands and the proposed Midland Metro

On the Metro, Andy wants to build over 150 miles of new lines and around 380 new stops, and, in addition to the trams running on roads and on rail lines, he wants to have sections of the line running underground, using ‘cut and cover’ tunnelling to allow traffic to drive above the Metro line where there is not enough space on narrower roads.

In Coventry, new technology such as ‘very light rail’ trams and driverless autonomous pods would be used to connect key sites such as the University of Warwick, Jaguar Land Rover, Ansty and the City Centre.

The total cost of these plans would be around £15 billion, or around £750 million per year for the next twenty years. These costs would be met by additional funding from central Government, contributions from housing and commercial developers and borrowing against the future income from ticket sales on the Metro.

Andy Street said: ‘For too long we have been left behind London and Manchester, and other cities around the world. We are a world-class city region and we deserve a world-class Metro and rail network.

‘In recent years we have made great progress completing the Metro extension to Centenary Square on time and on budget, and bringing the plans for the new rail stations to life in South Birmingham and the Black Country.

‘But now is time for the next stage of ambition. This plan will connect communities which haven’t had Metro or rail lines for decades, and restore pride in the West Midlands.’