TfGM calls for government backing to deliver its Bee Network 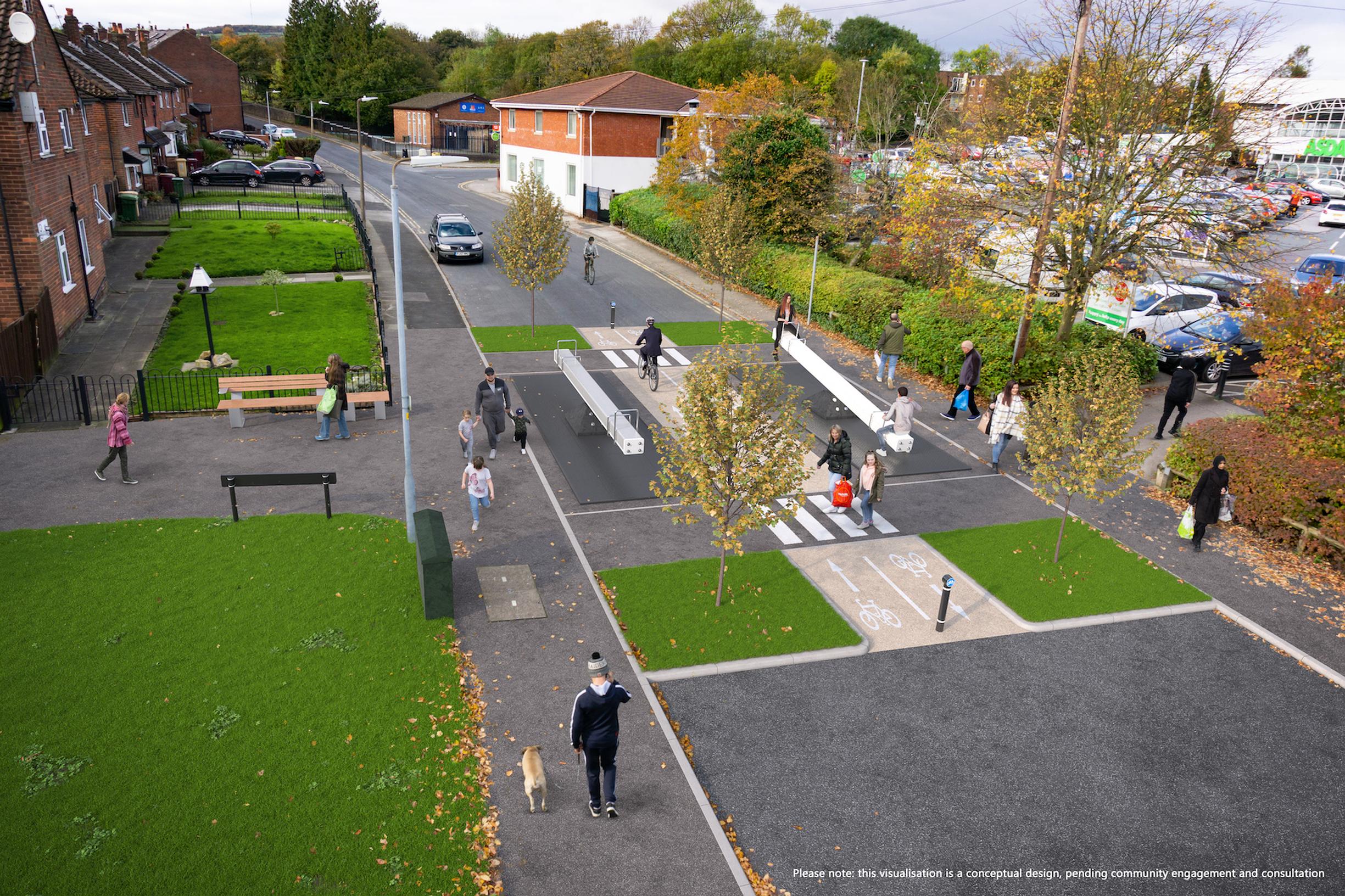 The Mayor of Greater Manchester, Andy Burnham and Chris Boardman, the region's Cycling and Walking Commissioner, have called on Government to back ground-breaking plans for the UK’s largest walking and cycling network, cutting congestion and air pollution across the city-region and helping people make 2.5 million journeys every day on foot or by bike.

without guaranteed government investment, we are hamstrung. To revolutionise travel across a whole city region we’re asking for the same financial backing over a ten-year period as it’s costing for a single junction improvement scheme in Bedford

Burnham and Boardman also announced the publication of a new report, titled ‘Change a Region to Change a Nation’, which will be delivered to Westminster to make the case for the government backing needed to deliver the wide-ranging plans.

The foundation of the plan is the Bee Network, which will provide 1,800 miles of protected space for cycling and walking throughout Greater Manchester. In addition, there are plans for 17 ‘filtered neighbourhoods’5, Dutch-inspired areas that prioritise the movement of people over the movement of motor vehicles. Combined, these measures will allow children to walk or ride to school safely, giving people the option to leave the car at home.

Alongside this ambitious infrastructure plan, the report outlines the changes in legislation needed to ensure all investment in cycling and walking provides value for money, in an effort to avoid the loss of hundreds of millions of pounds currently spent on road improvements that, evidence finds, do not make people feel safer.??

'Our city-region’s 10 districts have been working on these plans since 2017 and crucially, residents have helped to develop them, based on what they want their neighbourhoods to look like.

'Now we have a world-class plan and we know how to deliver it, but we cannot do it alone. We need the Government to back us with sustained funding over the next ten years to enable us to complete the Bee Network.  If they do so they will be helping create a model that can be replicated across the rest of the country.

'Put simply, if they help us change our city-region, we can help change the country too.'

Cycling and Walking Commissioner for Greater Manchester, Chris Boardman, said: 'With 30% of all journeys less than a kilometre being taken by car in Greater Manchester, it’s clear we have to change. It’s impacting our air, our health, and the place we’re expecting our children to grow up, get on and grow old.

'All 10 Greater Manchester councils have taken on this challenge and they’ve already started transforming ambition into action. But without guaranteed government investment, we are hamstrung. To revolutionise travel across a whole city region we’re asking for the same financial backing over a ten-year period as it’s costing for a single junction improvement scheme in Bedford. I know which will return the best investment – not only for our city-region but the nation as a whole.'