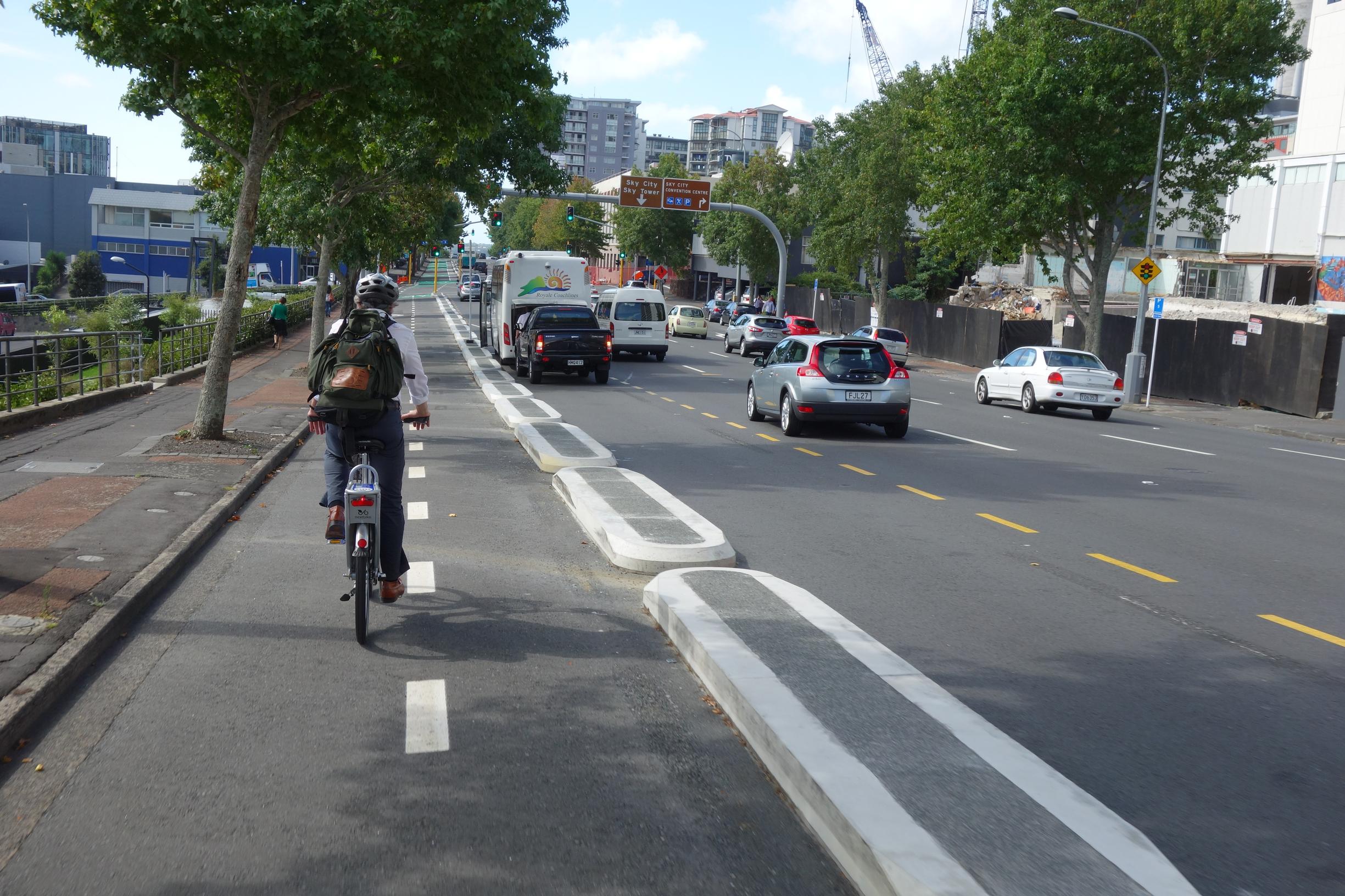 Lead researcher Dr Caroline Shaw, from the Department of Public Health at the University of Otago, Wellington, says people who cycled to work had a 13 per cent reduction in mortality during the study, likely as a result of the health benefits of physical activity. There was no reduction in mortality for those who walked or took public transport to work. However, a study published last year in the The BMJ  cited clear evidence that higher levels of physical activity  –regardless of intensity –are associated with a lower risk of early death in middle aged and older people.

The Otago researchers used data from the New Zealand Census-Mortality Study, which links census and mortality records, to do follow-up studies of the population for three to five years following the 1996, 2001 and 2006 censuses, when respondents were asked: 'On X date (census day), what was the one main way you travelled to work - that is, the one you used for the greatest distance?'

Dr Shaw says the study, which analysed data from 3.5 million New Zealanders, is one of the largest ever cohort studies to examine the association between mode of travel to work and mortality outcomes.

‘We studied 80 per cent of the working-age population of New Zealand over a 15-year period, so it is highly representative,’ says Dr Shaw.

Dr Shaw says increasing 'active transport' is being promoted as a way of addressing health and environmental issues, but the association between different modes of transport, such as cycling, walking and public transport, and health outcomes has remained unclear.

The study found more than 80 per cent of people in New Zealand travelled to work by car on census day, with only five per cent walking and three per cent cycling.

‘There were gender differences in mode of travel to work, with two per cent of women cycling compared with four per cent of men, but more women walking or jogging (seven per cent), compared with men (five per cent). A higher proportion of younger people cycled, walked or took public transport compared with older people.’

Dr Shaw says the census data provided no details about the physical intensity of the commute, so those who lived in the inner city and walked 200 metres to work were in the same category as those who walked briskly up and down a hill for 30 minutes to get to and from work.

‘We saw no increase in road traffic injury deaths associated with walking and cycling, although the New Zealand transport system at the time of these studies was heavily car-dominated and roads seldom made allowances for pedestrians and cyclists.’

Dr Shaw says the findings lend support for initiatives to increase the number of people commuting to work by bike.

‘Increasing cycling for commuting to work in a country with low levels of cycling like New Zealand will require policies directed at both transport and urban planning, such as increasing housing density and implementing cycling networks.’

While the study found no association between walking or taking public transport to work and a reduction in mortality, Dr Shaw says there are other reasons to promote these modes of transport.

‘Walking to work has physical-activity-related health benefits other than mortality reduction - including the prevention of cardiovascular disease and diabetes - and taking public transport has the benefit of emitting less carbon.’