The project will embrace children's creativity and passion to take radical action on climate change. More, now than ever, we need the original ideas that only children can bring 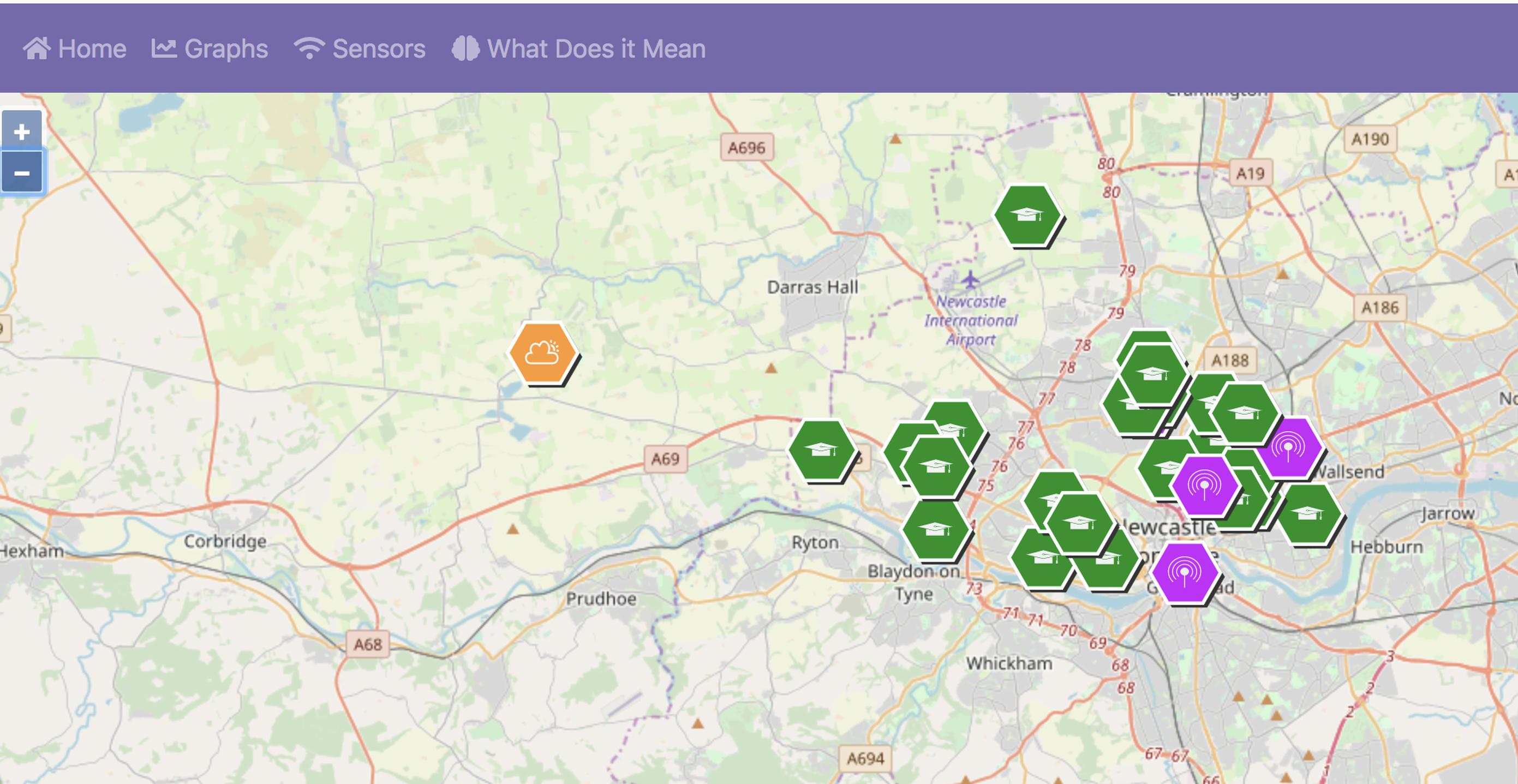 A network of sensors are measuring levels of air pollution outside schools to give policymakers a more accurate picture of the air being breathed in by children.

Led by Newcastle University in collaboration with Newcastle City Council, the sensors have been installed outside 22 schools located close to major roads through the city. Collecting the data through Newcastle University’s Urban Observatory, the team will also be using the information to help engage the children who are being directly affected, and give them a voice as to how their cities should be planned in the future.

'Children themselves are far from oblivious to the impact air pollution is having on their health and their futures,' says Sean Peacock, who is based in Newcastle University’s Open Lab and leading the ‘Sense Explorers’ project to give children the tools, the skills and the confidence to affect change in the cities they live in. Sense Explorers is a free toolkit developed by Newcastle University, which contains activities and digital resources to involve young people in transforming places and the environment.

'We need to embrace children's creativity and passion to take radical action on air pollution and climate change. More, now than ever, we need the original ideas that only children can bring.'

As well as using technology to measure the air pollution, Sense Explorers asks the children to use their senses - can they see, smell or hear what may be causing the pollution?  They are then asked how they would make things better if they were in charge of the city.

Monitoring levels of nitrogen dioxide (NO2) and particulate matter (PM) in the air, the data will provide an accurate picture of pollution levels in the vicinity of the schools and also show how levels change with time of day, season, temperature and the weather.

Children are particularly at risk from air pollution. They’re still growing and breathe faster than adults do. They are also closer to the ground, where the most polluting gases from vehicles accumulate. Pollution from traffic has been linked to problems with brain development, stunted growth, respiratory conditions, cancers and 300,000 child deaths worldwide.

'The school climate strikes show that young people are forcing air pollution and the climate crisis to the top of the political agenda. The strikes tell us that children demand a platform to challenge pollution in their environment but, unable to voice their concerns in school, they are forced to take radical action. What if instead there was a way to work with children in tackling air pollution and climate change?'

Urban planners and politicians are often hesitant to work with children, but they shouldn’t be, says Sean. 'We need to embrace their creativity and passion to take radical action on air pollution and climate change. More, now than ever, we need the original ideas that only children can bring.'

Largest urban experiment in the UK

The Urban Observatory is the UK’s largest urban experiment collecting data about 60 different urban indicators, everything from energy use, rainfall and flooding to air pollution, traffic flow, noise and social media activity.

Based on the city’s Helix site, over 3600 sensors are deployed across Newcastle and Gateshead, adding 5000 new observations every minute.

Professor Phil James, who leads the EPSRC Urban Observatories Partnership, explains: 'The Urban Observatory has been working with local councils, including Newcastle, to develop the largest Air Quality monitoring network in the country.

'Through this data we can evaluate the efficacy of solutions and track unforeseen outcomes.

'The Urban Observatory is embedded in the city and can only exist through partnerships with the city council and other stakeholders – bringing together cutting edge technology, digital research and applying those to the real problems that we face in cities.'

Eugene Milne, director of public health at Newcastle City Council, said: 'Poor air quality harms everybody’s health – and young people are among those most at risk – so we’re very pleased to be working with the University and young people across the city to address this.

'As well as raising awareness about the issue among pupils, parents and the wider community, the project will also aim to encourage more active travel and fewer car journeys, particularly on the school run.

'This project will help us to monitor just how much pollution is in the air around schools and enable us to get the views of the children who are directly affected on what else could be done to tackle the problem.

'We are currently consulting on our final proposals for tackling pollution and would encourage young people to share their views on these measures so that we can take them into account.'