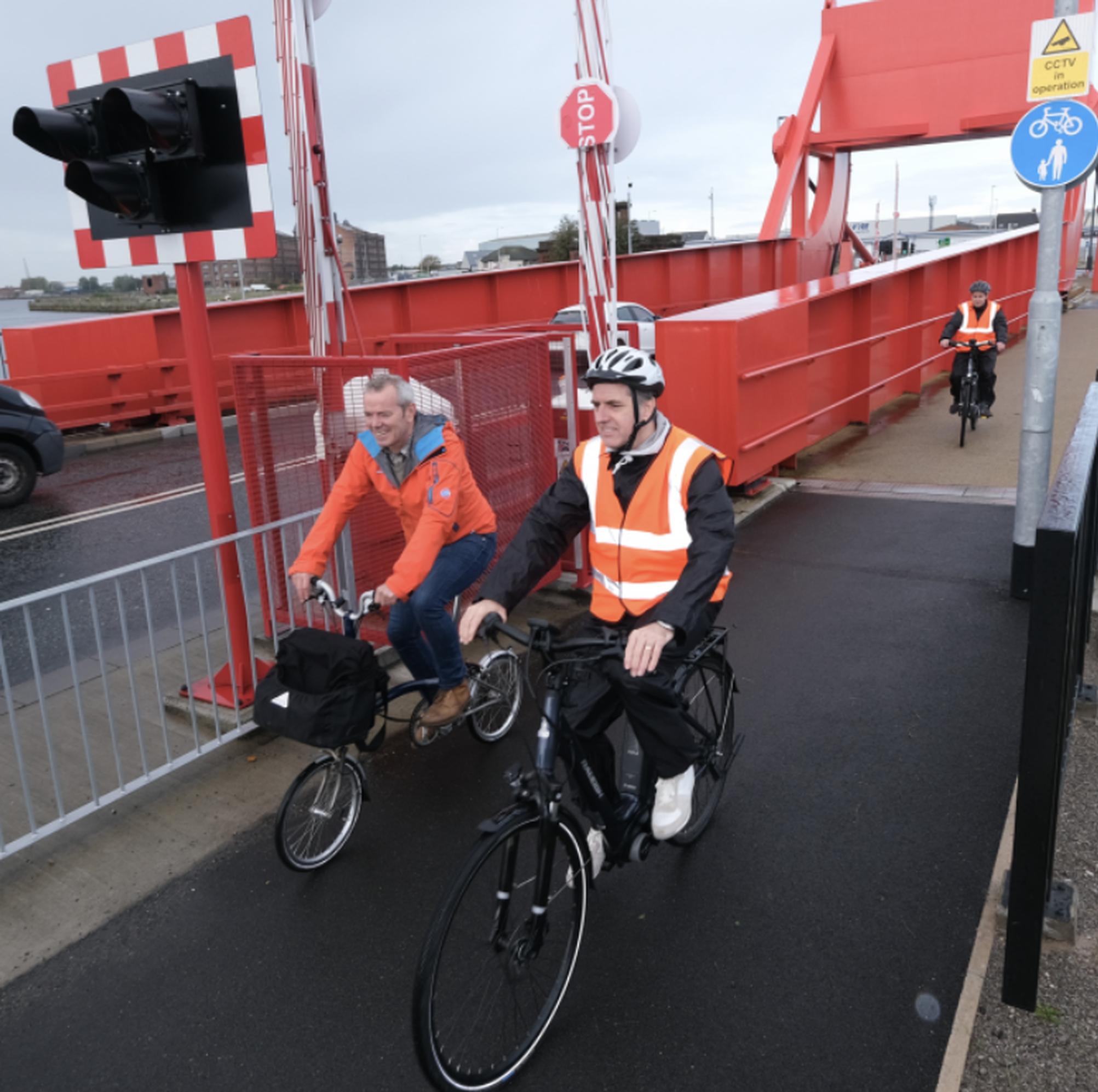 Cyclist and actor Simon O'Brien has extended his role as Liverpool’s cycling and walking commissioner to cover the entire Liverpool City Region, working across all six boroughs to help make the Metro Mayor’s vision for a revolution in active travel a reality.

Simon will be speaking at Cycling And Walking Innovations 2019 alongside, Greater Manchester Combined Authority cycling and walking commissioner Chris Boardman

Simon, who is known for his roles in Brookside as well as a number of other series including Rough Guide and Find It, Fix It, Flog It, is an active bike user who ran a cycling café in Liverpool city centre for a number of years.

Simon will be helping to deliver the Metro Mayor’s vision for an active travel revolution across all six districts of the city region – Halton, Knowsley, Liverpool, St Helens, Sefton and Wirral.

Simon O’Brien said:'35 years ago I swapped the car for my bike and I’ve not looked back since. Cycling is not only a fantastic way of getting around, but can also help address climate change and air pollution and help people’s mental and physical health. But to make it the obvious choice for everyone, we need to seriously improve the facilities available.'

I’m really happy to extend my current role as Liverpool’s cycling and walking commissioner to cover the entire Liverpool City Region, to work across all six boroughs to help make the Metro Mayor’s vision for a revolution in active travel a reality

At a recent meeting of the Combined Authority, funding was committed for the first seven routes of a planned 600km of walking and cycling network. The network will consist of new and upgraded routes and include key infrastructure including segregated cycle lanes, signage and special traffic signalling.

The Combined Authority is also investing in initiatives designed to drive behaviour change and encourage people to take more short journeys on cycle, like cycle safety training for young people and schemes to provide bikes to help newly employed people travel to work.

Steve Rotheram, Metro Mayor of the Liverpool City Region said: 'I’m delighted that Simon has agreed to be our cycling champion for the whole city region. I can’t think of anyone more enthusiastic about travelling by bike in the local area than he is.

'It was fantastic to join him on a bike ride last month; to be able to take in some of the most beautiful areas on both sides of our waterfront; and to understand some of the significant challenges faced by people riding bikes in some parts of our city region.

'That’s why we’re pushing forward with a network of 600km of new and upgraded cycling and walking routes, connected to our wider local transport network and with all the infrastructure to allow people to travel safely.'