Glasgow will be the city host for COP26 in 2020, a meeting that has been described as the most important climate change summit since the Paris Agreement in 2015 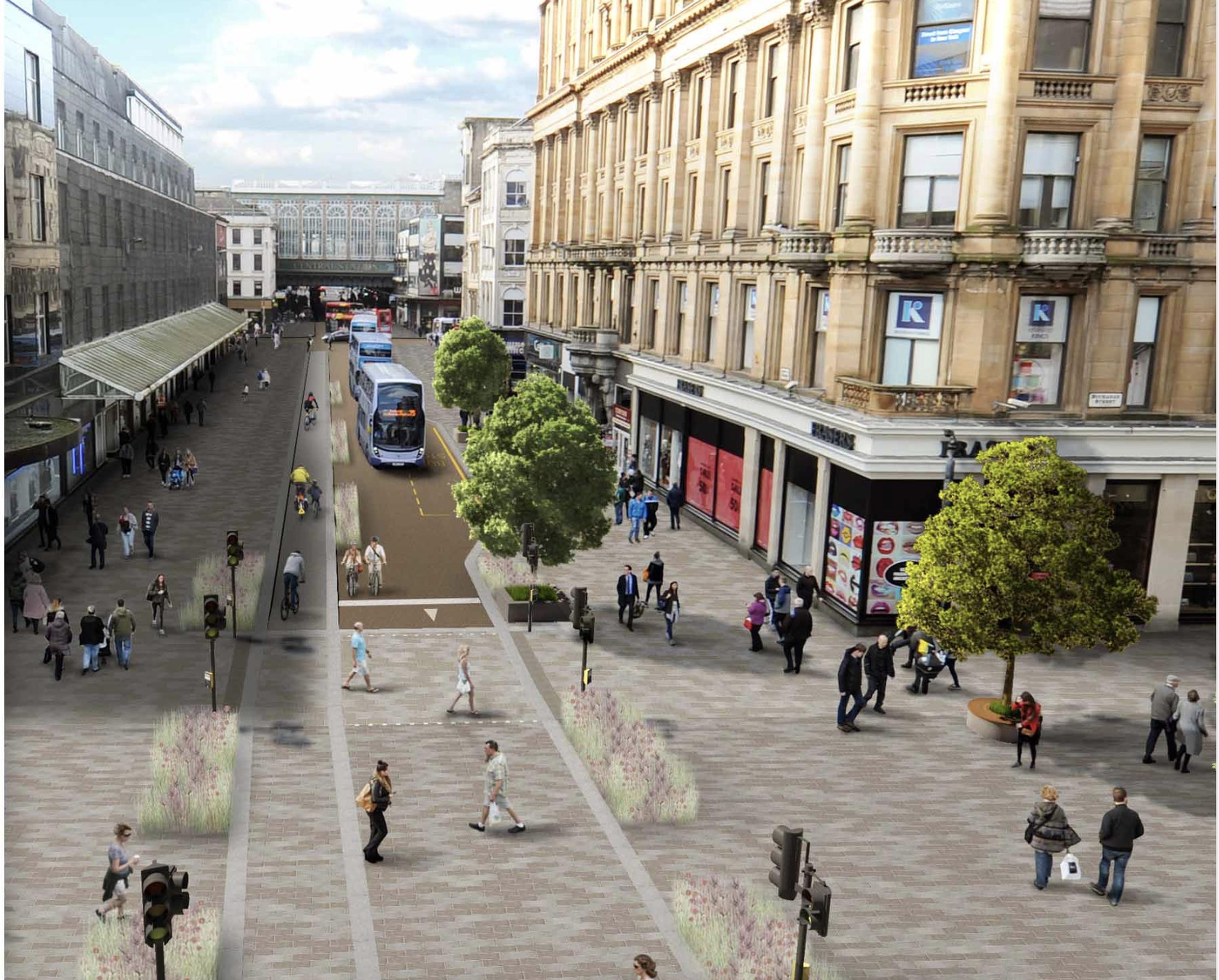 Glasgow will be the city host for COP26 in 2020, a meeting that has been described as the most important climate change summit since the Paris Agreement in 2015. The event next year will be the UN’s 26th climate change conference, and bring together over 30,000 delegates from around the world, including climate experts, business leaders and citizens to agree ambitious action to tackle climate change.

Glasgow, the host of the International Healthy Streets Summit in October, is being transformed in a pioneering project to revamp the streets of the city centre. Glasgow City Council is plunging £115million into its 'Avenues' programme, which aims to make the city more attractive, people-friendly and better for local business. nThe local authority is set to introduce an integrated network of continuous pedestrian and cycle priority routes throughout Glasgow. Space will be increased on the pavements and free Wi-Fi, intelligent street lighting, trees and cycle lanes will be installed over the next eight years.

Talking to The Scotsman, Glasgow City Council leader Susan Aitken said: 'The climate emergency is obviously the issue of our age and COP26 will be the most significant coming together of world leaders to discuss it since the signing of the Paris Agreement.

Glasgow City Council leader Susan Aitken will be speaking at the International Healthy Streets Summit in Glasgow, in October

'Glasgow will be ready. We will host a safe and successful COP26 climate change conference. And we will do it in the Glasgow way, which is to make sure the communities and residents of this city are made to feel part of it.

'We were one of the great places of the Industrial Revolution. Now is our time to repay the places in the world suffering for climate change for our history and past contribution to climate change.

'Alongside the obvious benefits to the hospitality sector, estimated to be around £73 million, there are going to be a whole number of wider benefits for the city from being on the world stage like this.'

UK Foreign Secretary Dominic Raab welcomed the news: 'The UK has received a huge vote of confidence from our international partners. We’re poised to host the next major global climate negotiations, in partnership with Italy. Over 30,000 delegates from around the world will come together to commit to ambitious action to tackle climate change. We’re ready to bring the world together to make sure we leave our precious environment in a better state for our children.'

Claire Perry, UK nominated President for COP26 said: 'In 2020, world leaders will come together to discuss how to tackle climate change on a global scale – and where better to do so than Glasgow, one of the UK’s most sustainable cities with a great track record for hosting high-profile international events.

'I welcome the nomination from our partners in the UN regional group to host COP26 in Glasgow in partnership with Italy. The UK is a world-leader in emissions reduction, and we have recently committed to reducing our net emissions to zero.