The first steps towards Living Streets 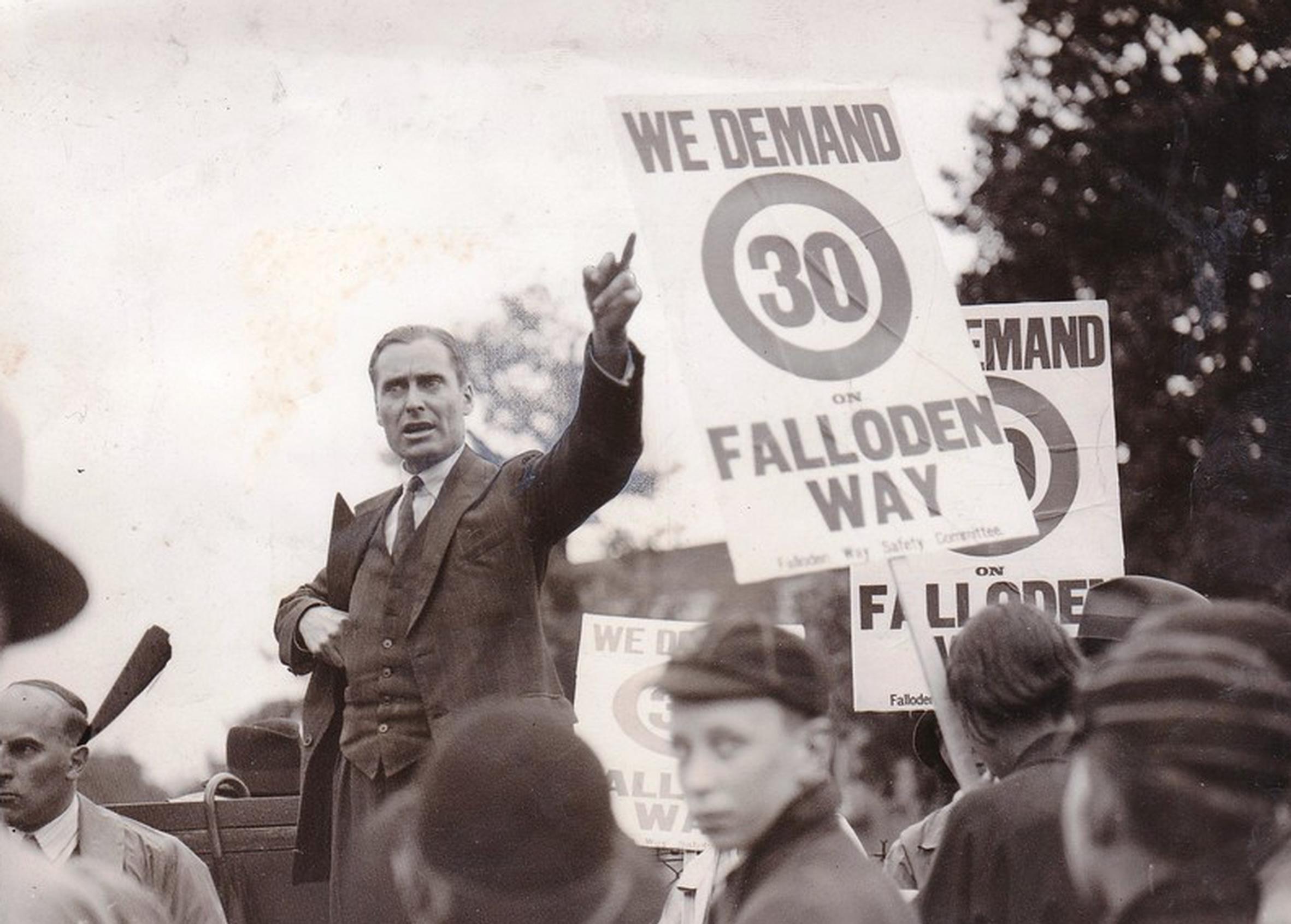 During the 1930s the charity played an influential role in the introduction of the first Highway Code, the driving test, the 30mph speed limit in built-up areas and zebra crossings. The Pedestrians Association became Living Streets in 2001 and now runs the annual Walk to School Week and campaigns on issues such as the dangers of parking on pavements, the benefits of 20mph zones and designing streets that work for pedestrians and cyclists.

Tom Foley’s granddaughter, Catherine Tyrrell, looks back the birth and impact of the campaign he launched.

My grandfather was a journalist, a Quaker and a man of great integrity. He hated injustice and would always fight to support victims of any wrongdoing he saw. He was a keen walker, and I remember fondly many a country ramble with him in my childhood. He never learnt to drive.

His was a vision born from tragedy following the death of a friend after being hit by a car. He became increasingly concerned about the escalating number of motorised vehicles, the ever higher speeds they could achieve and the consequent danger they posed to other road users, especially pedestrians.

He had the idea of an organisation dedicated to supporting the rights of pedestrians to walk in safety, and in 1929, with the support of Viscount Cecil, The Pedestrians Association, (or ‘The Peds', as it became affectionally known), was born.

In those early years, it was a family affair. Grandad financed the organisation from his own pocket. My grandmother acted as his secretary, and my aunt remembers herself and my father being drafted in to fill envelopes and post fliers.

Grandad worked tirelessly, campaigning and lobbying MPs for legislation for safe pedestrian crossings, for speed limits in built-up areas (incredibly the speed limit had been abolished in 1930), and for improvements to driver training.

I have grown up understanding that he was the man behind legalised pedestrian crossings, and I don’t think it’s just family myth that he came up with the idea of the Belisha Beacon, named after Leslie Hore-Belisha, the then Minister of Transport. Tom Foley and ‘The Peds’ also successfully campaigned for the introduction of the driving test, sobriety testing and the reintroduction of speed limits in built-up areas. In 1963, my grandfather was awarded an OBE for services to road safety.

In 1934 there were 2.5 million vehicles on the UK roads. There were 7,343 recorded deaths, half of which were pedestrians. Someone from ‘The Peds’ described Britain as being a country with “roads of blood and tears”.

In 2013 there were approaching 31 million cars in the UK, but deaths of pedestrians were recorded at 398 – the lowest since records began in 1926. I don’t need much convincing that the achievements of The Pedestrian Association played no small part in this improvement.

Back in those early years, I doubt that Grandad would have visualised that ‘The Peds’, albeit with a name change, would still be in existence, never mind be flourishing, 90 years on. I wonder if he would have anticipated the now huge problem of urban pollution and the obesity epidemic in the sedentary population.

Living Streets’ ethos and aims of supporting a safe, healthy, walking nation are just as relevant, if not more so, today. I am immensely proud of Living Streets and my grandfather’s legacy, and hope that I will be around to join you again in 10 years’ time for the centenary!

Catherine Tyrrell is the granddaughter of Tom Foley OBE, co-founder of the Pedestrian Association, now known as Living Streets.