Taking steps in the right direction

Living Streets is celebrating 90 years of campaigning for pedestrian rights 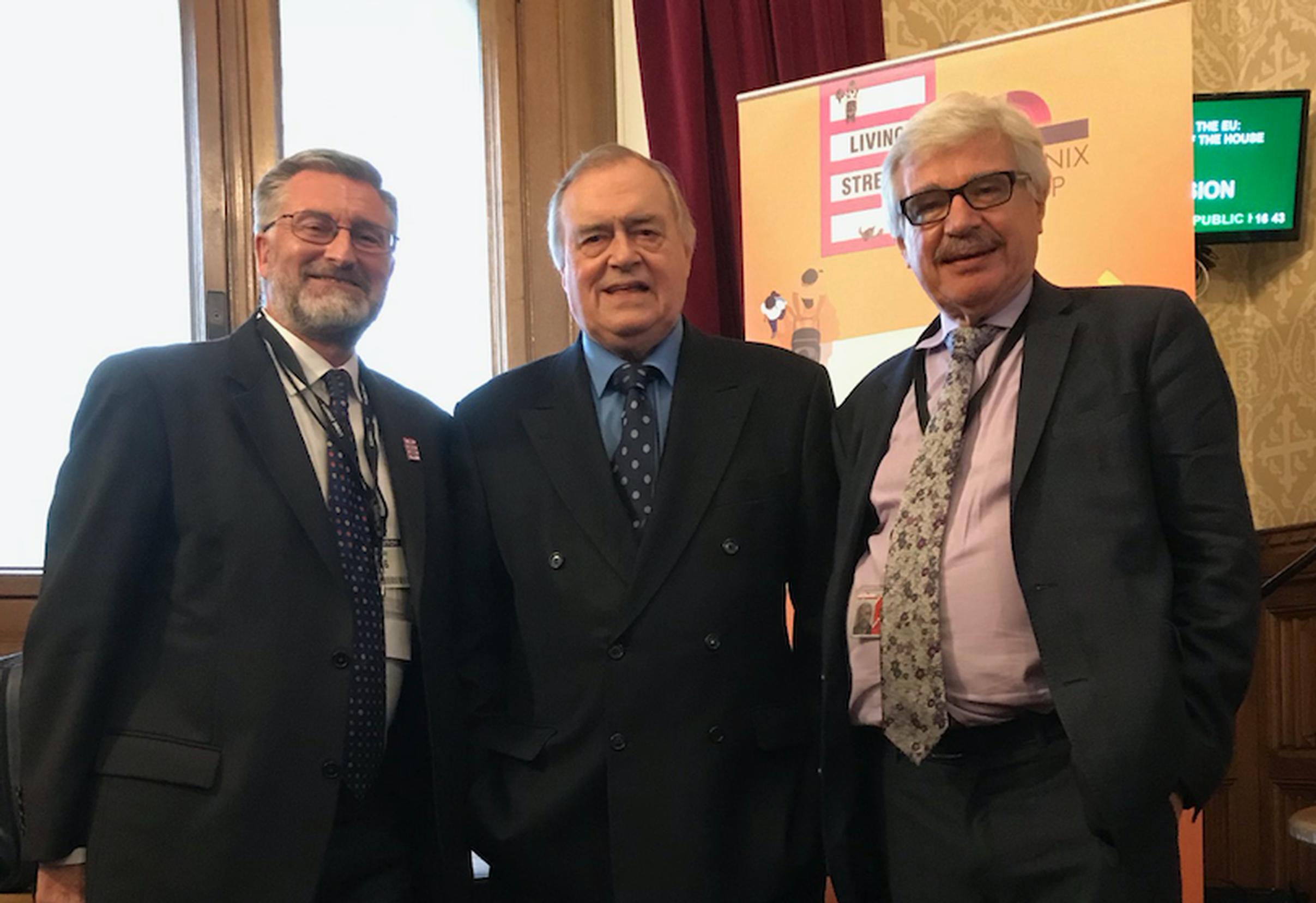 Living Streets, the UK charity for everyday walking, has celebrated its 90th anniversary by paying tribute to the journalist and diplomat who took the first steps towards making roads better and safer spaces for pedestrians.

Thomas Foley was a journalist who worked for a number of London newspapers. Foley loved walking and never learned to drive. Throughout his life he campaigned to improve life for pedestrians as became increasingly concerned about he dangers posed by growing numbers of cars, vans and lorries on the road.

Foley’s concerns were shared by the diplomat Lord Cecil of Chelwood, who has received the Nobel Prize for helping create the League of Nations in the wake of the Great War.

Foley and Lord Cecil founded the Pedestrians Association in 1929 with the mission of getting people to enjoy the benefits of walking in a world where the number of motorised vehicles were raising and there were few rules governing how they were run.

During the 1930s, the Pedestrians Association played an influential role in shaping road safety law, including the introduction of the first Highway Code and the driving test and the 30mph speed limit in built-up areas and formalised pedestrian crossings. In the Post-War era, ‘The Peds’ were involved in the introduction of the first black and white Zebra crossings 1951 and the creation of the new offence of drink driving in 1966.

The charity, known as Living Streets since 2001, has continued to champion pedestrian rights. It runs the annual Walk to School Week and campaigns on issues such as the dangers of parking on pavements, the benefits of 20mph zones and designing streets that work for pedestrians and cyclists.

The anniversary was marked by a reception at the House of Commons on 12 June attended by representatives from the transport, health and environment communities.

At the reception, Joe Irvin, chief executive of Living Streets, set out what Living Streets hopes to achieve over the next 10 years. “Today, we are working with a range of partners from public authorities to communities to inspire people to walk more and make walking the natural choice for everyday journeys. For example, we now work with over 3,000 schools across the country to encourage children to walk to school. And we are campaigning to control pavement parking."

Living Streets' aims as its towards its centenary in 2029 will be:

The gathering heard from Catherine Tyrrell, the granddaughter of Tom Foley, co-founder of the charity. She said: “Living Streets’ ethos and aims of supporting a safe, healthy, walking nation are just as relevant, if not more so, today. I am immensely proud of Living Streets and my grandfather’s legacy, and hope that I will be around to join you again in 10 years’ time for the centenary!”