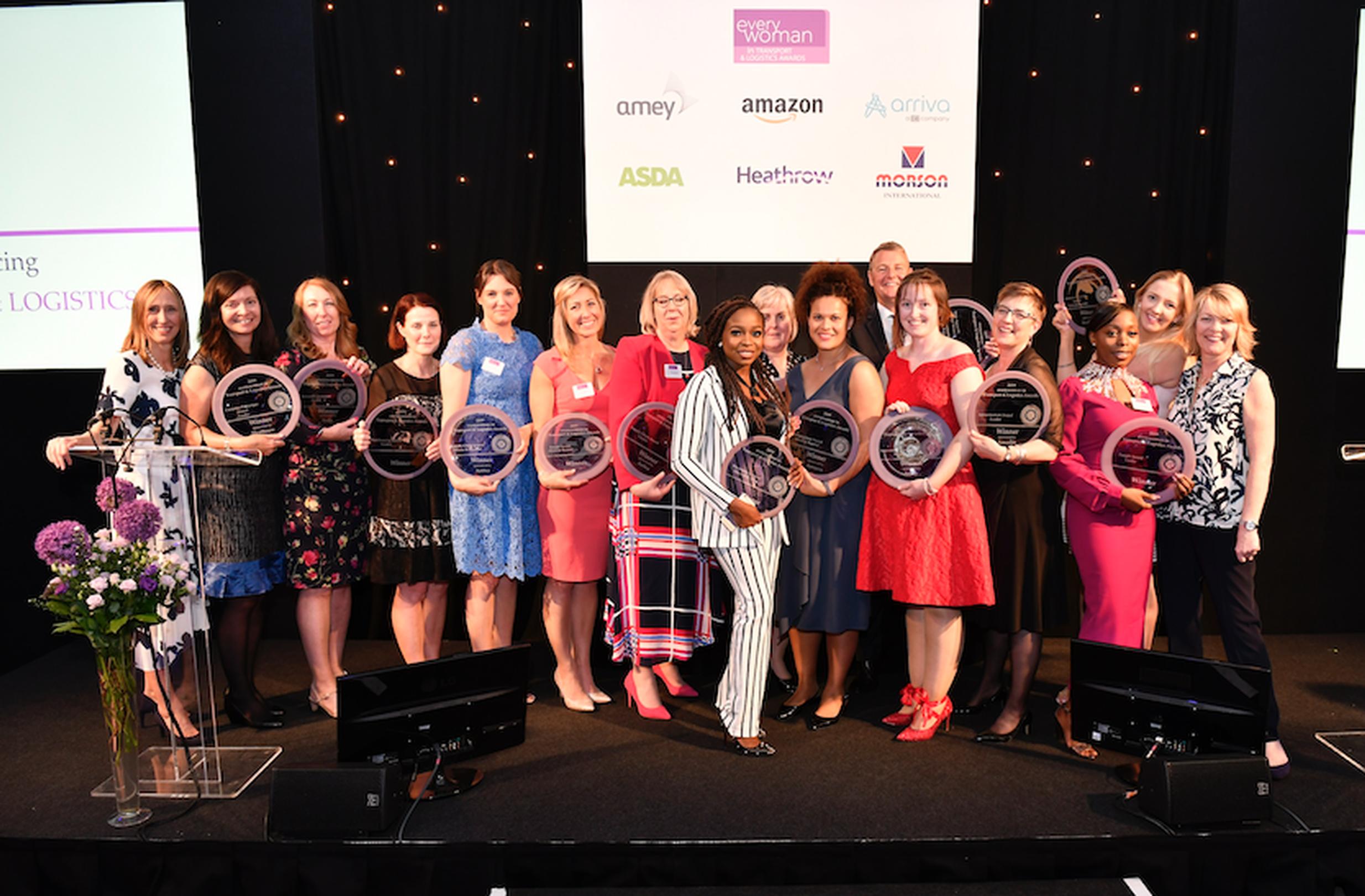 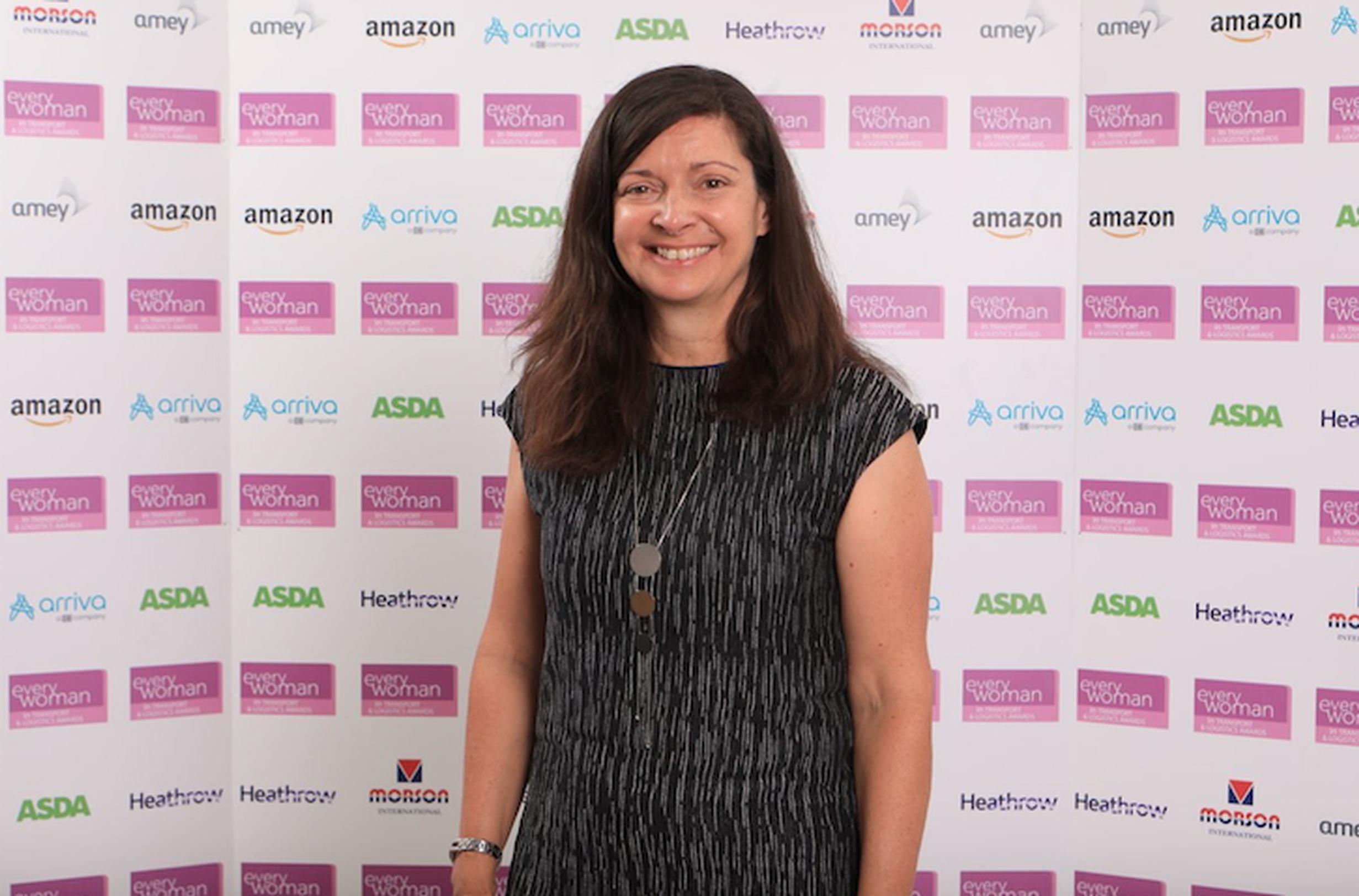 The winners of the 2019 everywoman in Transport & Logistics Awards have been revealed. Over the past 12 years the everywoman awards have championed women in the transport and logistics industries, showcasing and celebrating the sectors’ most exceptional role models.

The winners were announced at Grosvenor House in London on 13 June.

While many of the winners were drawn from the passenger transport, infrastructure and freight sectors, the world of walking was also recognised at this year's event. The Customer/Passenger Leader Award was presented to Jenni Wiggle, Senior Director of Living Streets, who has been responsible for introducing  Walk to School projects designed to help reduce air pollution. The jury said: “Jenni’s team is made up of 50% women and the judges felt she demonstrated an incredible level of empathy and support.”

Commenting on her award win, Jenni Wiggle said: “I’m absolutely thrilled and delighted to have been selected winner for the Leader in the Customer/Passenger Award category. These prestigious awards recognise women who are playing crucial roles within today’s transport and logistics sector.”

Wiggle is responsible for over 60% of Living Streets staff, overseeing programme delivery, and local income and influence activity across England and Scotland. Joe Irvin, chef executive of Living Streets, added: “It’s fantastic Jenni’s hard work has been recognised in this prestigious, national award, and that walking is recognised for the important role it plays in the sector. Jenni actively encourages other women to succeed and speaks out for equality in the workplace.

“In recognition of her leadership contribution at Living Streets, Jenni was promoted to Senior Director in June 2018, simultaneously taking interim responsibility for policy and communications during a period of department leadership change. Her adaptability to oversee this department provided stability in a period of uncertainty and was greatly appreciated by staff, management and the board.”

The Infrastructure Leader Award was presented to Marianne Kilpatrick, director of SNC-Lavalin Atkins Transport Consulting & Advisory. The jury said: “Marianne is an inspiring visionary leader and an outstanding role model.”

Women working in the rail sector were also recognised. Angie Doll, Passenger Services Director at Govia Thameslink Railway, was named Industry Champion. The jury said: “Angie showed an abundance of examples of developing and promoting women in the industry, with a hunger to do more.”

The Customer/Passenger Above and Beyond Award was won by Amy Chapman, Customer Ambassador from Great Western Railway. The jury said: “Amy blew the judges away with her infectious energy and passion. She is making a real difference to increasing the number of women in the industry.”

A special Woman of the Year award was presented to Allison Kemp, who founded AIM Commercial Services, a business that keeps vehicle operators compliant through its knowledge of the industry, a training academy and audits. After working in the construction industry for two years, she followed in the footsteps of her father and grandfather by embarking on a career in logistics. Aged just 26, Allison became the Transport Manager for Hornigold Haulage in Wellingborough and in 2018 became the first woman to become the deputy chair of the Freight Transport Association National Council.

The new Apprentice of the Year Award, which showcases the young and new talent, was presented to Caitlin Slade, Apprentice Vehicle Technician, Royal Mail Fleet. The jury said: “Caitlin has demonstrated great initiative to support other colleagues voluntarily. She is humble, unassuming and just brilliant!”

The Male Agent of Change Award, which is awarded to a man for his active commitment to advancing the progress of women working in transport and logistics, was presented to Gordon Wakeford, Chief Executive Officer of Siemens Mobility. The jury said: “How great it is to see very senior leaders championing gender diversity in their organisations and the wider sector.”

Maxine Benson MBE, co-founder of everywoman, said: “The winners revealed a wide range of career experiences and journeys. These individuals not only make positive contributions to the businesses for which they work, but also support community initiatives and ‘pay it forward’ by supporting and mentoring the young talent that follows them.

“From the woman who saved a client £15m through technology innovations, to the woman responsible for introducing over 3,000 ‘Walk to School’ projects to help reduce air pollution, this year’s winners are the epitome of creative excellence. The use of technology and emotional intelligence is becoming more important than ever to thrive in this evolving industry, and they prove just that.

“This year has presented a new wave of exceptional talent and impressive career success stories with both genders making immense contributions to the transport and logistics industries. It has been proven time and again that gender diverse teams make better business decisions, which is why introducing more female talent to a male-dominated industry is so essential. The collaboration of ideas, fusion of knowledge and cross-pollination of skills is what is needed for the growth of any business.”

This year’s awards programme saw two winners per category – one industry “Leader” with a breadth of experience and one individual at any stage of their career, who is going “Above and Beyond” in their business sector.