Glasgow City Council, along with ScottishPower, have announced their vision to transform Glasgow into the UK’s first 'Net Zero' city. 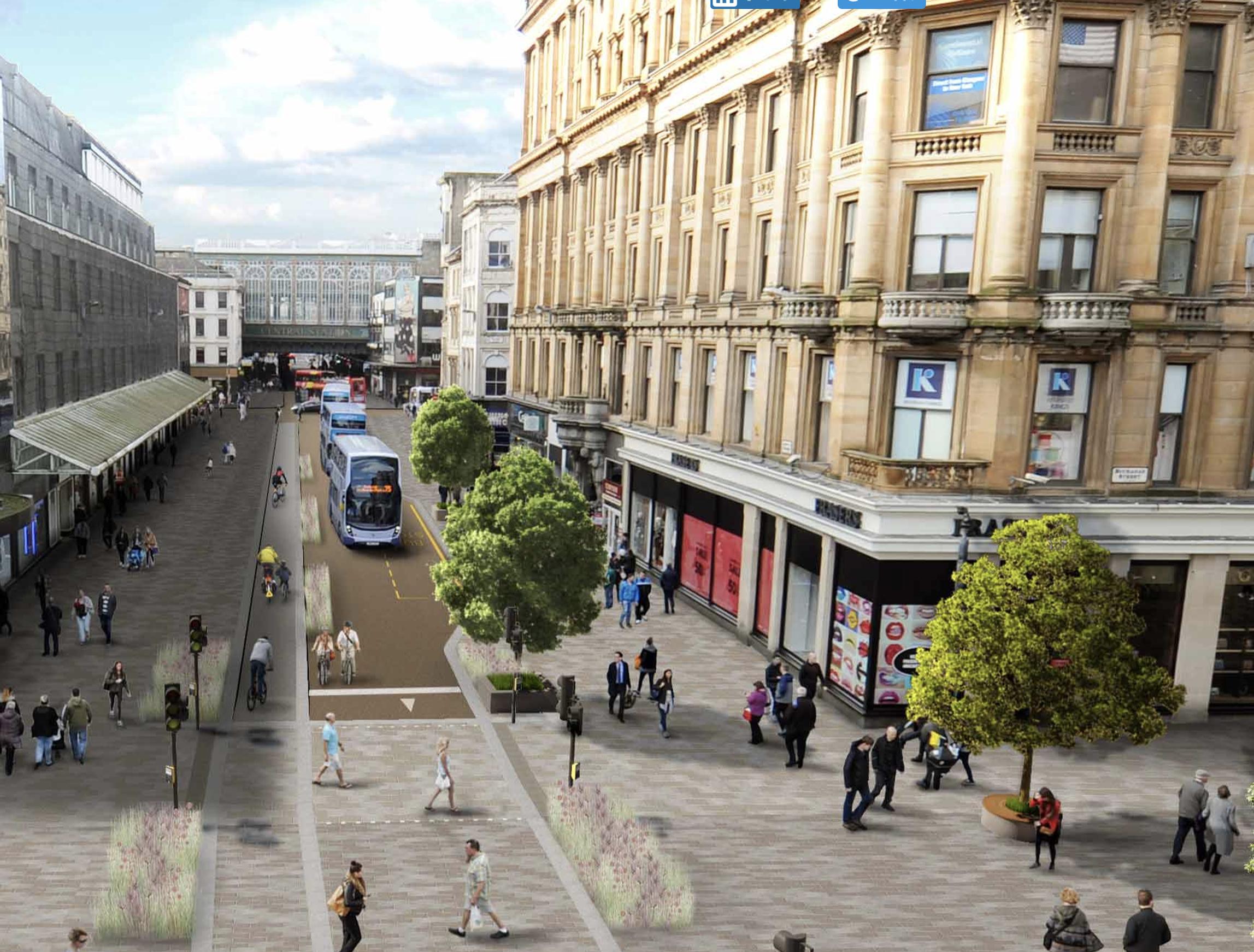 With Scotland having set itself a target of net zero carbon emissions by 2045, both Glasgow and Edinburgh will start work on a range of programmes to ensure they reach this target, with both cities unveiling ambitious plans to cut greenhouse emissions to a neutral level. Glasgow wants to reach the target "well before" 2045, while Edinburgh has set its target to 2030.

Glasgow has already established the first Low Emission Zone outside of London, while the UK’s biggest onshore wind farm, Whitelee, which is owned by ScottishPower, is on the outskirts of the city.

Glasgow City Council is hosting the International Healthy Streets Summit on October 9 and 10, with site visits, seminars and keynotes

The focus will now turn to other parts of Glasgow’s economy that can be decarbonised such as transport and heating, as well as continued investment in the electricity grid to support the increasingly low carbon city.

Susan Aitken, Glasgow City Council leader, said: 'I make a commitment that Glasgow is determined to lead the UK’s ‘race to zero’.

Susan Aitken, Glasgow City Council leader, said: "From the research by the Intergovernmental Panel on Climate Change to the appeals from our classrooms, our streets and civic squares, we know that emissions reduction is the issue of our times.

ScottishPower Chief Executive, Keith Anderson, said: "Scotland has rightly put itself at the top of the race to become Net Zero quicker than other places round the world. To succeed, our biggest city has to be the most ambitious and progressive in removing carbon emissions.

“We have a large supply of renewable energy on our doorstep and one of only two Low Emission Zones in action across the UK. Now, we need to invest in the technologies and programmes that transform the rest of Glasgow’s economy and make us Net Zero before anyone else.

“It is our hope that this declaration kick starts a race to zero with other ambitious cities, like Edinburgh, because then we will all be winners. The prize is the future of our country and our planet."

First Minister Nicola Sturgeon welcomed the announcement, she said: "This month’s report from the Committee on Climate Change underlined the scale of the climate emergency. That is why the Scottish Government moved quickly with changes to our Climate Change Bill to set a net zero target for Scotland by 2045.  “Today’s announcement between ScottishPower and Glasgow City Council – to make Glasgow the UK’s first “net zero” city – is a very welcome step.

"Reaching our goals will need exactly this kind of partnership approach – with Government, business, local authorities and citizens all playing their part."

One of the key areas of focus over the next 10 years will be on electric vehicles. Over 70% of Glasgow’s residents live in flats with no personal off-street parking. This creates challenges to install chargers that can easily and regularly be used by residents.

ScottishPower is planning a charging system that overcomes this challenge and becomes a template for other cities across the UK facing similar problems. This will include workplace and public charging locations where people can charge away from home and in rapid time. Sites for these locations are already being assessed.

Beyond Glasgow, ScottishPower reiterated its call to speed-up the development of onshore wind across the country.

Keith Anderson, Chief Executive of ScottishPower continued: "The maths for going Net Zero is simple. Renewable energy capacity has to quadruple and electricity generation has to double. We can’t do this if we keep inventing ways to block new renewable capacity. Onshore wind in particular has suffered as a consequence and the time has come for a fundamental rethink.

"We’ve been able to compensate to some extent by racing ahead with large offshore wind projects, but quadrupling capacity can’t rely on putting all our eggs in one renewable basket. We’ve said very clearly we will aim to invest £6 billion in renewable capacity by 2022. The easier it is to do this, the quicker we all get to Net Zero."