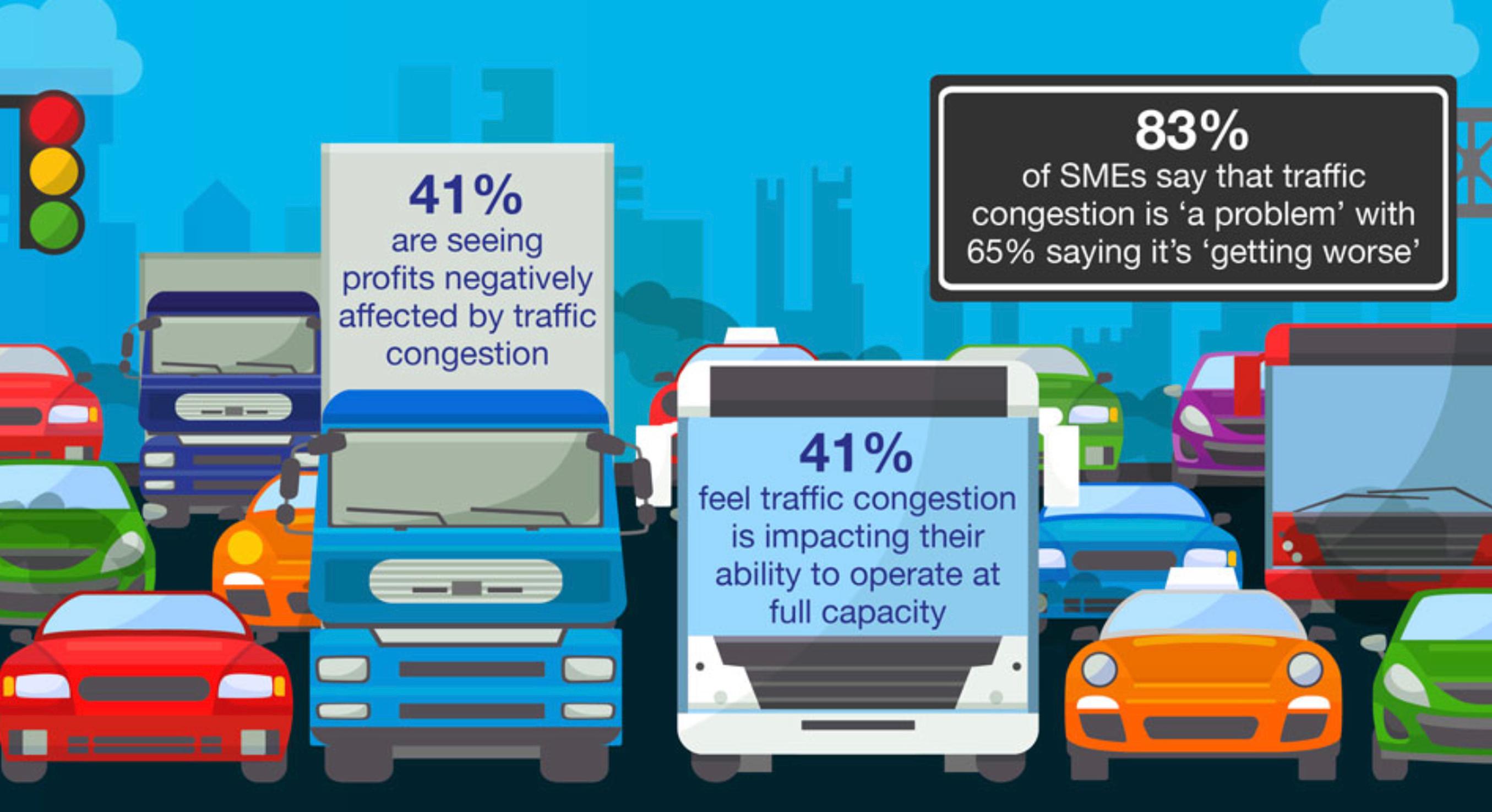 As Unicef published its latest briefing on air pollution, stating that across 86% of the UK, children are breathing in harmful levels of toxic air that can harm their lungs, damage the development of their brains and stunt their growth, new figures from Close Brothers Asset Finance’s quarterly survey of businesses in the UK and Ireland suggest that traffic congestion is reaching crisis point across the UK, affecting both productivity and profitability.

Over eight in 10 (83%) respondents feel that traffic congestion is ‘a problem’ with a further 65% thinking it’s getting more severe; only 17% feel it’s getting better and the remaining 18% are ‘unsure’.

Compounding the impact of congestion, 41% of SMEs are currently unable to trade at full capacity while 41% again are seeing their profits take a hit through lost productivity. In London the problem is particularly acute, where 62% are struggling to trade properly and 57% losing profits.

“As an example, one of our employees recently spent over nine hours in a traffic jam after the Dartford crossing was closed. This effectively meant that as a business we lost a whole day’s worth of output, and this is replicated across the country, costing billions of pounds in lost productivity.”