Rise in cycling could prevent 34,000 life-threatening illnesses by 2040, says Sustrans 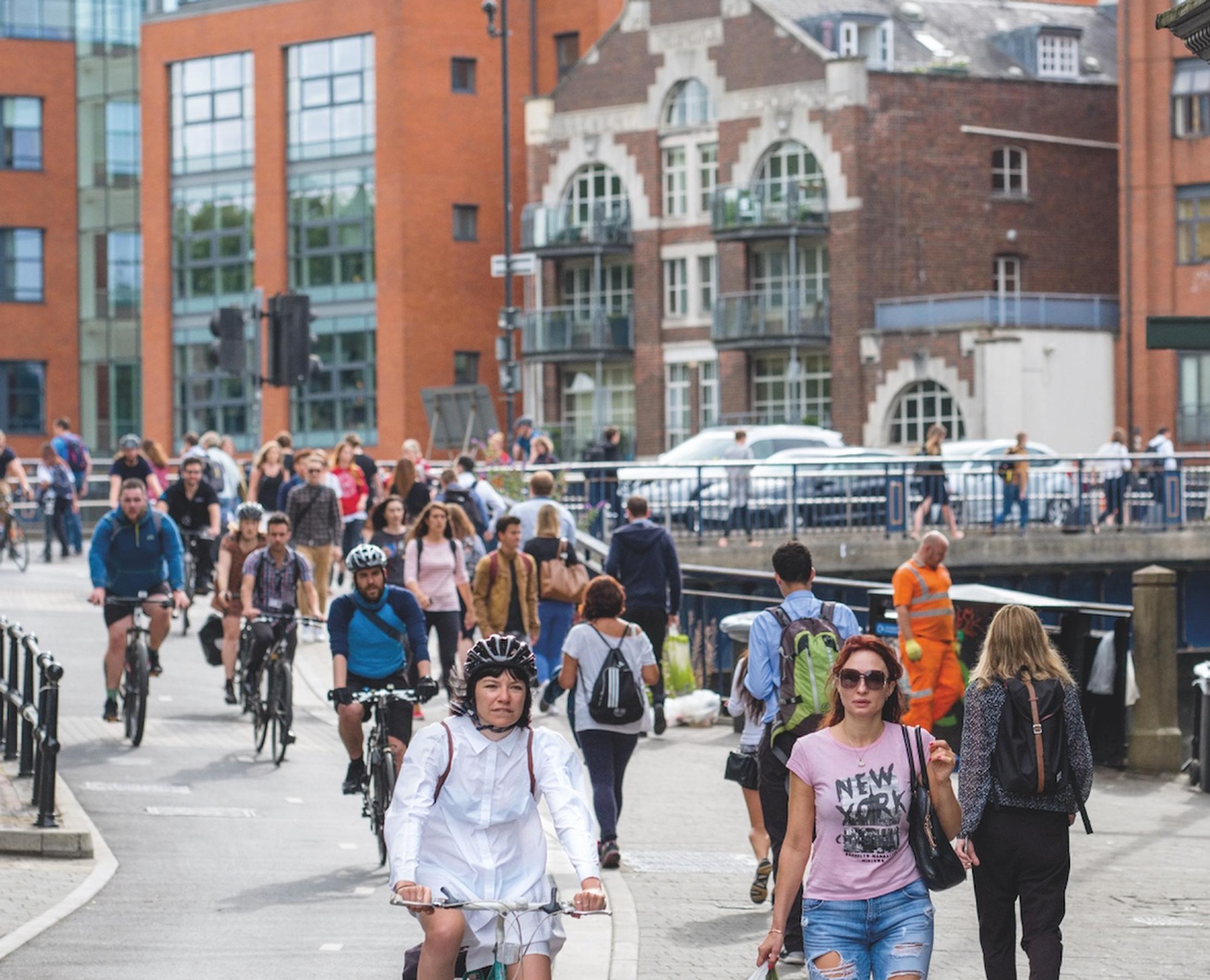 The NHS will save £319m if cycling doubles in seven UK cities every eight years by 2040, according a new report from Sustrans. The charity calculates that 34,000 life-threatening illnesses - including Type 2 diabetes, stroke, breast cancer and depression - would be prevented, along with 628 early deaths.

A doubling of cycling in the cities every year was “ambitious” but “achievable”, says Sustrans. It says that cycling numbers in Bristol nearly doubled between 2001 and 2011, and cites a ten-fold increase in cycling journeys in the Spanish city of Seville from 5,000 to 72,000 between 2006 and 2012.

If cycling numbers doubled every eight years in the Bike Life cities cycling trips on average would increase from 0.4 to 3.3 trips per person each week by 2040, modelling suggests.

The additional cycle trips would equal more than 242 million hours of physical activity in 2040. It would also remove 345,000 tonnes of greenhouse gas emissions, 729,000kg of NOx and 81,000kg of particulates each year, according to the report.

The estimated rises would also generate £21bn of savings to the economy over the 23-year period, says Sustrans.

The government should commit 5% of the transport budget on active travel, raising to 10% by 2025 in the next Comprehensive Spending Review, says Sustrans. This, it estimates, would amount to £17 per person annually in 2020/21, rising to £34 per person in 2024/5 in England.

Similar commitments should then be made in the devolved nations and would help cities to invest, Sustrans adds.

Xavier Brice, Chief Executive at Sustrans says: “Our report provides 34,000 reasons why governments across the UK should prioritise investment in cycling. Every part of the country is facing a physical inactivity and obesity crisis, which is why decision-makers need to get on the front foot and tackle these problems head on.

“Prevention is better than cure is an often repeated mantra of health ministers across the UK, but tackling the deepening health crisis shouldn’t be left to the NHS alone. That’s why the forthcoming Comprehensive Spending Review should prioritise prevention and provide greater public funding for cycling to deliver our five ‘must haves’.”

Andy Burnham, Mayor of Greater Manchester, says: “Cycling in Greater Manchester, like in many UK cities and regions is increasing, although not at a pace we’d like to see. We have a long way to go before we can call cycling a ‘normal’ way to travel, which is accessible to all our residents.

“This is why we are investing £160m in walking and cycling. We cannot think of a better way to spend £160m on transport that brings such widespread benefits to residents across our region. This investment, however, is just the start; we want to double cycling and then double it again. We were made to move and now is the time to act on this and transform our great city region.”

Marvin Rees, Mayor of Bristol City Council says: “Bristol demonstrated it is possible for a city to double cycling in ten years, and we are committed to continuing this momentum to ensure we meet future goals, not least improving air quality and meeting our carbon neutral targets.

“Our draft Transport Strategy presents a vision for Bristol to be a well-connected city that enables people to move around efficiently with increased transport options that are accessible and inclusive to everyone. Making space and improving safety for walking, cycling and public transport will enable us to meet this goal.”