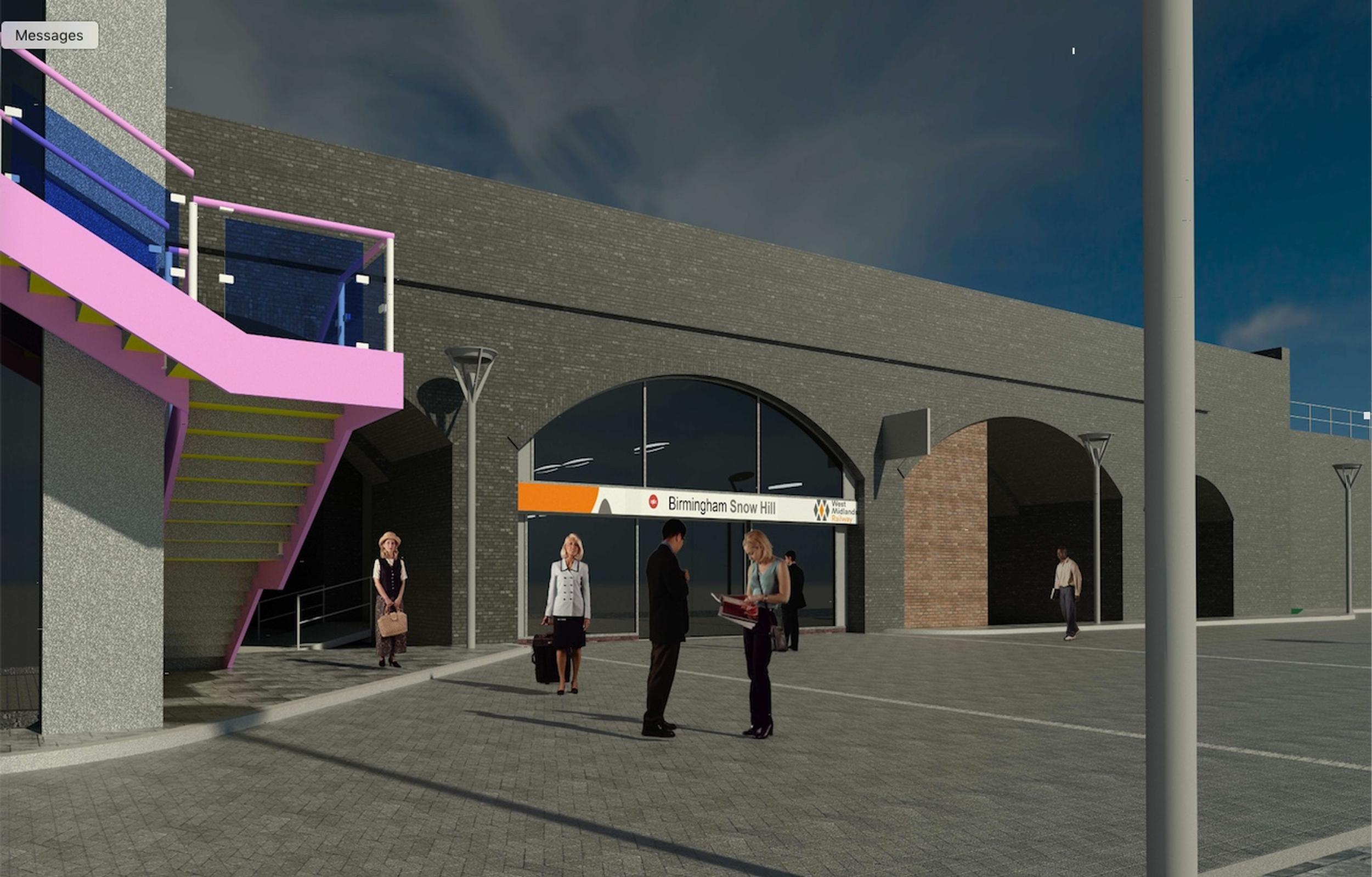 Plans have been unveiled for a new entrance at Birmingham’s Snow Hill Station, which will make it easier for passengers to switch between local rail and tram services.

An image of the new eastern entrance (left) has been released by Transport for West Midlands (TfWM), part of the West Midlands Combined Authority (WMCA).

Independent infrastructure specialist Barhale has been appointed by TfWM to build the £1.5m project. Barhale will construct the entrance beneath the existing brick arch viaduct, which is enclosed by a reinforced concrete wall at the station’s Livery Street end.

The new entrance is expected to be in operation in late 2019 with Metro and rail services unaffected during the construction period, said TfWM. The scheme involves opening up another of the arches under the Victorian viaduct that carries trains and the West Midland Metro trams into the city centre.

The transfer between trail and tram services is currently onerous, with passengers having to walk down a flight of external steps and then along A4440 Queensway before turning into Livery Street and accessing the station through its second entrance.

Alternatively, they have to walk past the Snowhill Three, Two and One office developments and into the main Snow Hill entrance.

The new entrance will remove both of these external walks and, instead, give passengers a direct way into the station from the tram stop.

Rail passengers wanting to catch a Metro service will also get direct access without having to leave the station.

New ticketing, security and travel information facilities will be provided in the new entrance as well as wayfinding signage between the entrance and the St Chads Metro stop.

Cllr Roger Lawrence, WMCA portfolio holder for transport, said: “This new entrance to Snow Hill is one of several exciting projects in our long term rail development programme, which aims to transform train travel in the West Midlands over the coming years.

“Building the eastern entrance is a positive improvement that we can deliver in the short term, with the potential for more ambitious plans for the station being developed as part of the Snow Hill Growth Strategy.”

Cllr Ian Ward, leader of Birmingham City Council and WMCA portfolio holder for economic growth, added: “Improving the links between local rail and tram services will lead to a much better passenger experience, further cementing Snow Hill's importance to our ambitious growth plans for Birmingham and the wider West Midlands.

“Better connectivity will make this an even more attractive place to work and invest, helping us create more jobs and opportunities for the people of the region."