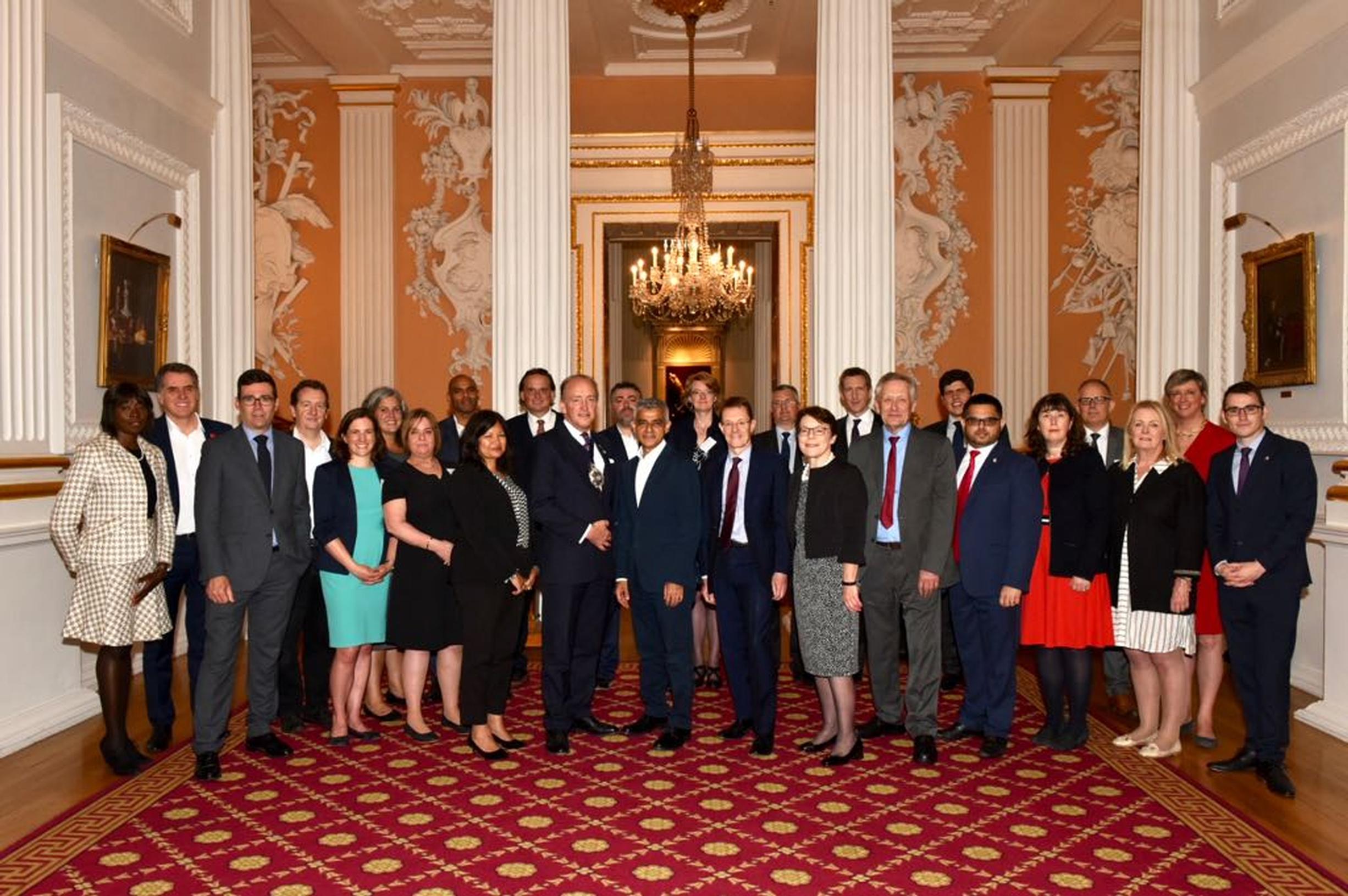 Steve Rotheram, Liverpool City Region Metro Mayor, and Nathalie Nicholas, the Combined Authority’s recently-appointed Deputy Portfolio Holder for Transport and Air Quality, represented the city region during June at a National Clean Air Summit convened by Mayor of London Sadiq Khan, UK100 and IPPR. The idea is a simple one, says The Independent: ‘Get people from across the UK in the same room, from a local level all the way up to the corridors of Whitehall, to see what can be done to tackle poor air quality in our towns and cities. The hope is that their hot air will, eventually, help create cleaner air.’

The summit was attended by leaders representing around 20 million people from towns and cities in England and Wales, as well as Members of Parliament and the Environment Secretary Michael Gove.

Speaking ahead of the summit, Steve Rotheram said: 'Air pollution is no respecter of boundaries so it is vital that we have concerted action at a national level to effectively tackle an issue which has such an impact on our people’s health and quality of life.  In some parts of our city region, men can expect to die seven years earlier than the national average. At the same time it is vital that government gives us the tools to tackle specific issues in our local areas.'

Smarter Travel LIVE! 2018 will be hosted in Liverpool by Steve Rotheram, Liverpool City Region Metro Mayor, and will further explore how to clean up our towns and cities

Nathalie Nicholas, Deputy Portfolio Holder for Transport and Air Quality for the Combined Authority, and also Deputy Chair of Liverpool City Council’s Social Care and Health Select Committee, said: 'By the government’s own admission, poor air quality is the largest environmental risk to the public’s health, contributing to respiratory and cardiovascular disease and, over the long-term, lung cancer.

'It affects everyone but has a disproportionate effect on the old and the young, on those who are already sick and on our most deprived communities.

'We are in London today, joining our voice with those of communities around the country, to ask the government to take action nationally, and give us the tools locally, to help clean up our air and improve the lives of our residents.'

Together, the cross-party leaders will urge government to take action to tackle poor air quality, including bringing forward a ban on sales of new pure diesel and petrol cars by 2030.

Currently poor air quality is estimated to contribute to more than 40,000 premature deaths across the country each year, with emissions from cars and vans estimated to cost £6bn annually to the NHS and society.

But research has shown that the phasing out of petrol and diesel vehicles would lead to a 30 per cent reduction in pollution in 2030, improving health, and potentially boosting the country’s economy by billions by making the UK a global leader in low-emission technology.

The leaders at the summit – including Mayors and city leaders covering Bradford, Bristol, Cardiff, Greater Manchester, Leeds, Leicester, Liverpool, London, Newcastle, Oxford, Sheffield, Southampton and the West Midlands – will say that they want to play their part in an ambitious national plan for clean air that prioritises action to reduce road transport emissions, provides new powers to tackle other sources of pollution and creates a framework to support partnerships between local, regional and national Government and its agencies, including Highways England and businesses.