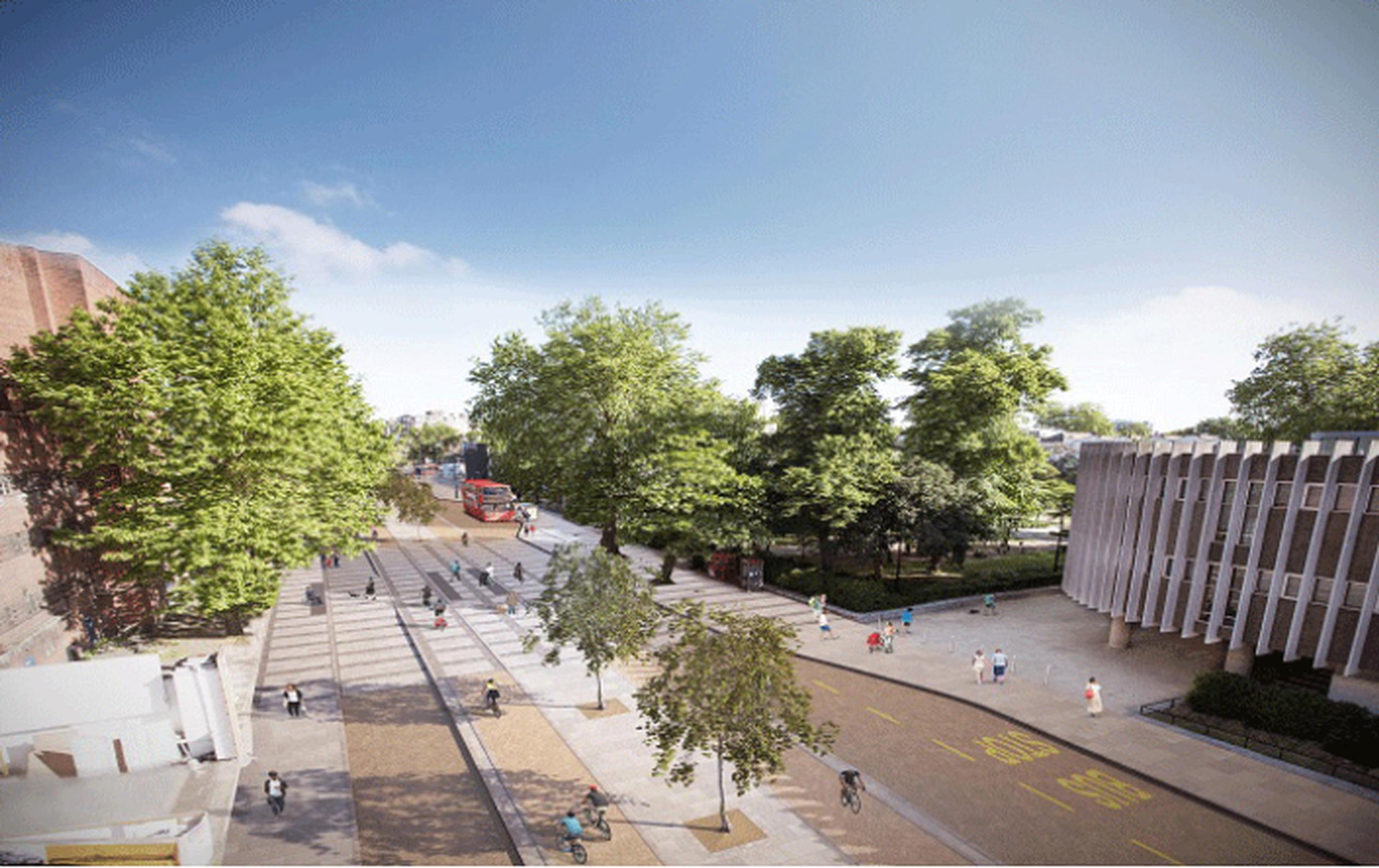 Westminster City Council is taking legal action in a last-ditch effort to halt the construction of Cycle Superhighway CS11 through Swiss Cottage.

A Westminster City Council spokesperson said: “We fully support the provision of safe cycling and we are making major investments in the City to provide this, working closely with TfL and the Cycling Commissioner. However, residents are overwhelmingly opposed to the Cycle Superhighway 11 proposals.”

Residents have expressed concerns that CS11 would displace traffic, causing congestion and air quality on streets near the proposed route, said the spokesperson.

“We have been in discussions over the last two years with TfL about residents’ concerns but, despite assurances, we have yet to receive any further information about the wider impacts of the scheme and how these may be mitigated.

“As TfL is starting to proceed with the Swiss Cottage section without our support for the scheme as a whole, we have been left with no choice but to back our residents and to legally challenge the scheme.”

A source from the Mayor of London’s office said it was “disgraceful” that Westiminster councillors were tryng to halt CS11 a week after rejecting plans to make a section of Oxford street traffic-free.

“There is an urgent need for safer cycle routes into central London and there is an equally strong case for pedestrianising Oxford Street,” said the source. “The idea that Westminster Council think they can hold the rest of London to ransom is totally unacceptable. Both of these schemes have significant public support. They will make a real difference to making London’s streets safer and cleaner and they shouldn’t be held up by petty political posturing.”

Wesminister’s decision to launch a judicial review has been strongly condemned by the charities London Cycling Campaign and Living Streets.

In a joint statement, London Cycling Campaign’s chief executive Ashok Sinha and Living Streets’ chief executive Joe Irvin said: “Coming soon after the same leaders took the removal of motor traffic on Oxford Street ‘off the table’, this demonstrates the actions of a leadership apparently determined to oppose positive moves to improve roads for those walking and cycling anywhere and everywhere they can.

“Westminster city council leaders seem set on unpicking progressive measures such as CS11 and Oxford Street aimed at making London a healthier, safer, more attractive place to live. Their actions prioritise motor traffic over walking, cycling, business and our health. This is in direct contradiction to the council’s own policies.”

The statement refers to the council’s Transport & Movement document (July 2014), which said that prioritising walking and cycling is “particularly important” for the council.

“Once more council leaders have opposed a scheme that would offer major improvements for walking and cycling, and one not even inside their borough this time.

“If Westminster Council leaders wish to genuinely improve matters for those walking and cycling, then the council should work to ensure all of CS11 moves forward rapidly. That means helping implement the scheme on Avenue Road and Portland Place, supporting work towards closing the Regent’s Park gates as consulted on, and not opposing the start of the scheme in Camden, at Swiss Cottage.

“By its actions Westminster Council is putting people needlessly at risk of harm for purely political reasons. We urge it to put people’s safety first and stop attempting to wreck efforts to reduce the number of people killed or seriously injured on London’s roads.”

The charity Sustrans also spoke out against Westminster’s attempt to scupper the building of CS11. Ben Addy, head of collaborative design for Sustrans in London, said: “Westminster Council’s decision to take the scheme to judicial review is deeply disappointing for hopes of safer cycling and walking in central London.

“The council appears to have made a decision based on unfounded fears rather than clear evidence. As demonstrated elsewhere in London, from Waltham Forest to the Embankment, improving streets for walking, cycling and buses, as is proposed on Superhighway 11, is the only way to improve air pollution and congestion by reducing vehicle numbers in the capital.”

The proposed route would run from Portland Place to Swiss Cottage through Regent’s Park. TfL is planning to start work on the first section of CS11 next month.

A TfL consultation in 2016, involving more than 6,000 respondents, found that 60% supported the plan.

TfL said it had addressed concerns among some residents that traffic would increase on minor roads by making changes to the plans. This included allowing traffic to make right turns from College Crescent into Finchley Road, and from Finchley Road southbound into Hilgrove Road. “Traffic modelling indicates this will reduce the amount of traffic into nearby minor roads, and could also improve access for local people who want to reach destinations to the west of Swiss Cottage,” said TfL.