Cars should be banned from school gates, says Living Streets 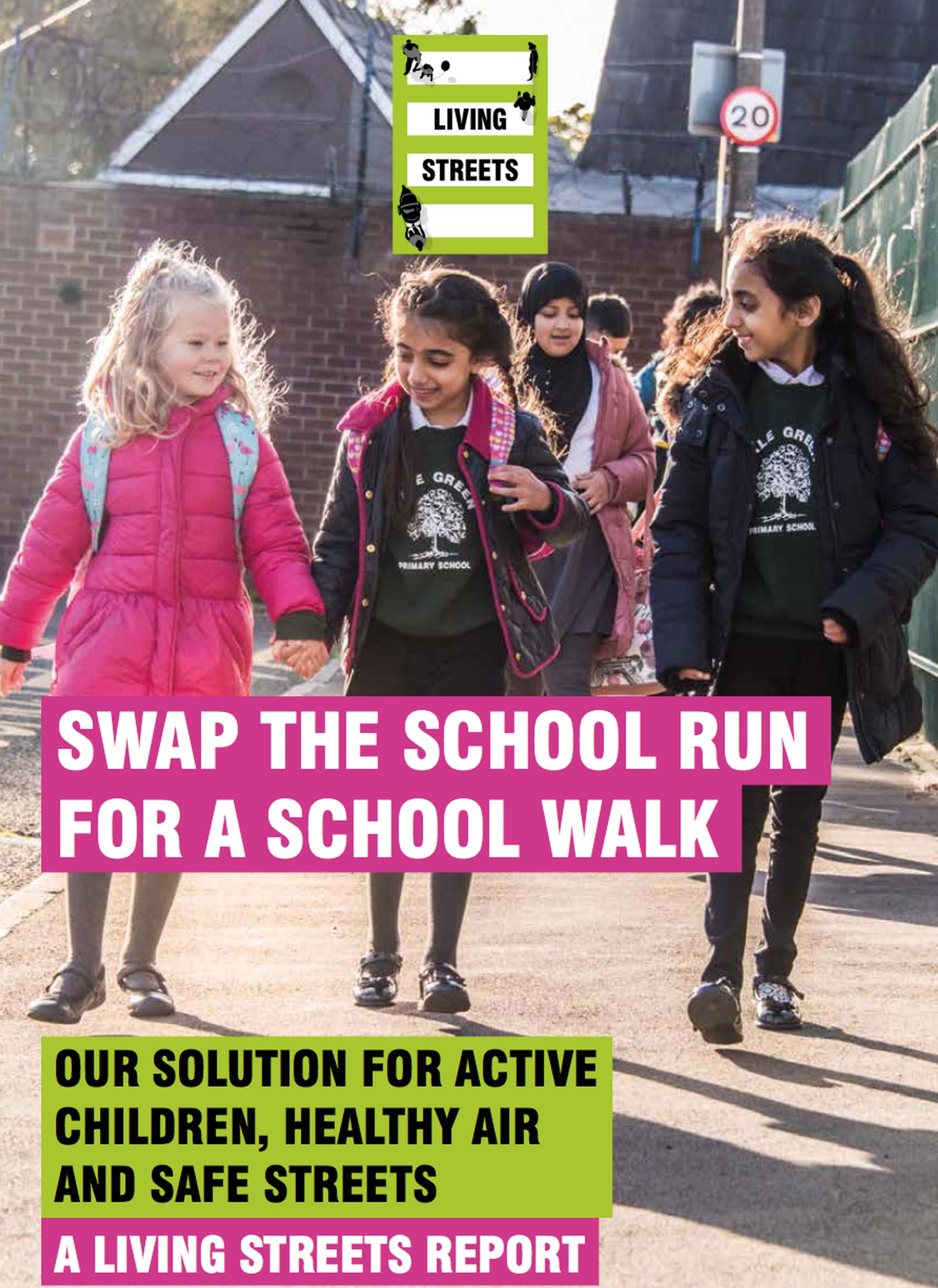 The government is being urged to ban cars from the immediate vicinity of school gates during drop-off and pick-up times by Living Streets.

The walking and sustainable transport charity has produced a report, Swap the school run for a school walk, in which it sets out 21 recommendations designed to enable more children to walk to and from school.

The charity delivered the report to the transport minister Jesse Norman at the start of Walk to School Week.

More than 2,000 primary schools in the UK are estimated to be situated in pollution hotspots, putting pupils’ health at risk. Motor vehicles are the biggest source of air pollution and one-in-four cars on the road at peak times are on the school run, says the charity.

The National Audit Office’s most recent report found that 37 out of 43 air quality zones in Britain do not meet EU regulations. Living Streets’ report says local authorities should prioritise cutting air pollution, alleviate congestion and provide a safer walking environment. They could do this by introducing measures such as school street closures and ‘Park & Stride’ schemes as well as reducing traffic speeds around schools.

Air pollution can cause debilitating diseases and hasten death, currently contributing to some 40,000 premature deaths a year in the UK, says Living Streets. While pollution is harmful to everyone, the charity cites the Royal College Physicians, which says for children the health risk even more pronounced as their exposure is much greater and they absorb and retain pollutants in the body for longer.

New research by Living Streets eveals that 42% of parents are concerned about levels of air pollution around their child’s school. The charity believes that cutting unnecessary car journeys and enabling more families to walk to school are part of the solution.

Jenni Wiggle, Living Streets’ director of local impact, said: “More children walking to school means fewer vehicles on the road and improved air quality for everyone. We want more children to enjoy the benefits of walking to school and so are calling on the government, local authorities and schools to work together to support families to choose to walk.

“Living Streets would like to see more local authorities working with schools to ban people from driving up to the school gate – adding to air pollution, congestion and road danger during drop-off and pick-up.

“Walking to school not only improves our air quality but is a great way for children to build more exercise into their daily lives, helping them to arrive to school healthier, happier and ready to learn.”

Living Streets’ research shows that over half of parents are concerned about the health issues air pollution causes their children (56%) and more than a third (36%) would take pollution levels into account when choosing a school for their child.

A further third (30%) said they had been put off walking their children to school because of the poor air quality. Over a fifth of parents (21%) hold the misconception that children are protected from air pollution inside the car.

There seems to be no consensus across the academic community that children are more protected inside the car than out of it, said the charity. There is evidence that the benefits of being physically active outweigh the air pollution risk, it added.

Andrea Lee, senior campaigner at environmental law organisation ClientEarth, said: “Children are particularly vulnerable to the illegal and harmful levels of air pollution that can be found across the country. Parents are right to be concerned as this toxic air can not only trigger asthma attacks but can also stunt children’s lung growth affecting their health as they grow up.

“This is a problem that can be fixed. We need urgent action by the UK government and local authorities to take the most polluting vehicles out of the most polluted parts of our towns and cities. But they also need to help people move over to cleaner forms of transport, like public transport and walking, to give them real alternatives.”

The number of children walking to school is in long-term decline. Last year, the government set out for the first time a target to get more primary school children walking to school. The seriousness of the problem was underlined when the UK and five other European nations were referred to the European court of Justice (ECJ) for failing to tackle illegal levels of air pollution, according to The Guardian newspaper. The other nations referred to the ECJ include, France, Germany, Hungary, Italy and Romania – they had been given a final warning by the European commission in January. Toxic air, it is claimed, results in more than 400,000 early deaths across Europe each year.

Levels of nitrogen dioxide, mostly produced by diesel vehicles, have been illegally high since 2010 in the vast majority of urban areas in the UK. The government’s latest plan in 2017 was condemned as “woefully inadequate” by city leaders and “inexcusable” by ClientEarth.

Ministers were forced by UK courts to improve the plan in February, after losing in the High Court for the third time to ClientEarth. The government now has until the end of 2018 to implement the stricter measures.

A Department for Environment, Food and Rural Affairs spokesman said: “We are determined to make cycling the natural choice of transport for people of all ages and backgrounds, and we want to increase the number of children that usually walk to school. This government recognises for those living in rural areas there may be few alternatives to driving to school, which is why we are also investing £3.5bn in green transport [and] encouraging the uptake of electric vehicles, which will also improve air quality.”