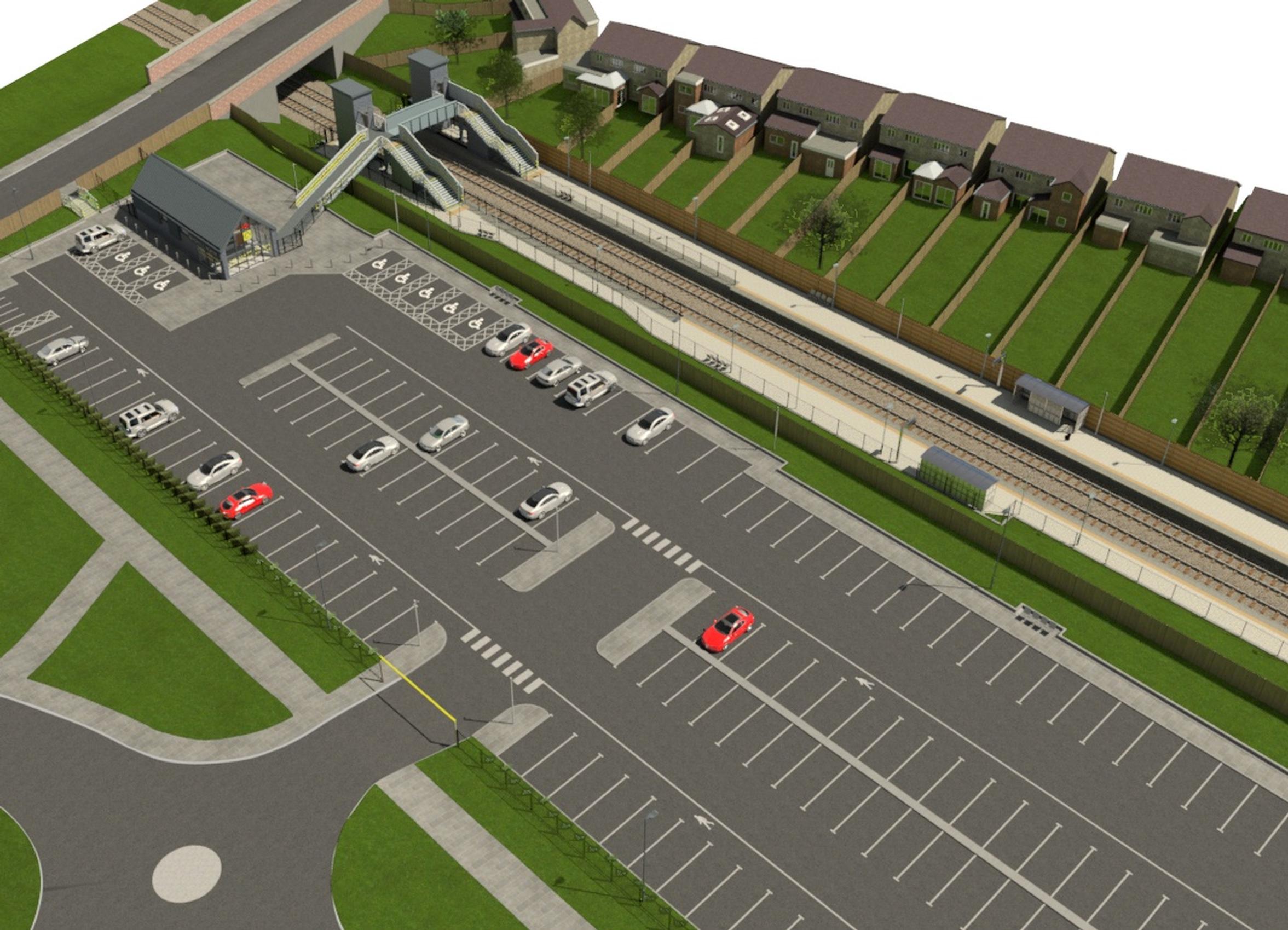 The new Maghull North station rail station is set to open in May as part of a £340m package of rail improvements across the Liverpool city area over the next three years.

Work on the £13m scheme, which is being delivered by Network Rail on behalf of Merseytravel, started in September 2017. Funding came from the government’s Local Growth Fund (LGF), Merseytravel and the Homes and Communities Agency, which previously owned the land on which the station will be built.

The station, located between the existing Maghull and Town Green stations on the Ormskirk branch of Merseyrail’s Northern Line, will feature step-free access with lifts and a bridge connecting both platforms and the station building.

It will also have a 156-space car park with Blue Badge and motorcycle parking bays, as well as cycle storage.

Other facilities include a staffed station building and ticket office with passenger toilet, passenger waiting facilities on the platforms and pedestrian and new cycle routes from School Lane and Park Lane to the station, and bus stops on School Lane.

The scheme forms a central component of the Sefton Local Plan, meeting public transport demand from a nearby new housing development that will include 370 homes.

Cllr Liam Robinson chair of the Combined Authority Transport Committee, which oversees the work of Merseytravel, said: “The Maghull North station scheme is a prime example of our Long Term Rail Strategy being put into practice. The new station will be of huge benefit to local residents, giving more travel options while playing a big part in helping the on-going development of Maghull in the coming years.”

Martin Frobisher, Network Rail’s London North Western route managing director, said: “Maghull North station is an essential part of the £340m programme of railway improvements in the Liverpool City Region. This much needed investment, which sits within our Great North Rail Project, is vital to boost the local economy and transform train travel for passengers in Merseyside and beyond.”