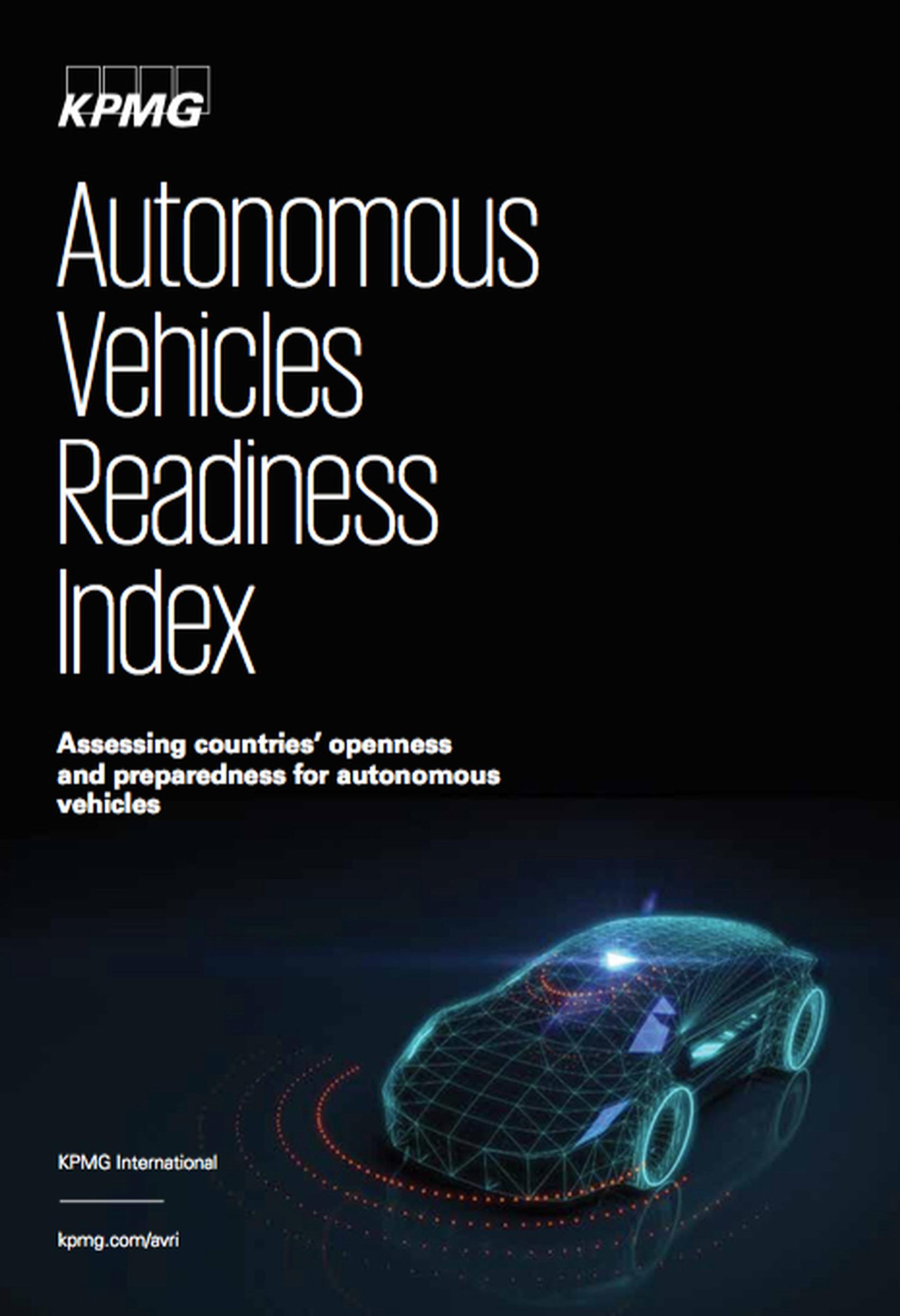 The Netherlands is in pole position to make the transition to automated transport, reveals a new report from professional service company KPMG. It found that the Netherlands came top in a cross-section of 20 countries planning for self-driving vehicles. Using an Autonomous Vehicles Readiness Index (AVRI), KPMG scored each nation on four ‘pillars’: policy & legislation; technology & innovation; infrastructure; and consumer acceptance.

Behind the Netherlands the other top ranking countries were Singapore, United States and Sweden, with the United Kingdom in fifth place.

The Netherlands came top because it performs strongly across all four pillars, says the study. “It is already a big user of electric vehicles but it also has excellent infrastructure and a government determined to take advantage of AV.

“On policy and legislation, the Netherlands received the maximum score for regulations and government investment in AV infrastructure. Its Council of Ministers approved testing in 2015, and it took the lead in establishing the Declaration of Amsterdam through which EU countries agreed to speed the development of self-driving vehicles. Additionally, in February 2017 the government approved a bill to allow AV trials without a driver.”

Also, the Dutch government is investing EUR90 million (£80m) in adjusting more than 1,000 traffic lights to communicate with vehicles, and is backing a plan for automated trucks to run from Rotterdam to other cities, says the report.

The UK, meanwhile, rates in the top five for three pillars, but only tenth on infrastructure. On technology and innovation, the UK has good scores on industry partnerships and research and development hubs, as well as high ratings from the World Economic Forum on both technology and innovation. However, it has fewer AV patents than other leading nations, the study notes. On consumer acceptance, it has among the highest ratings from KPMG’s index and the World Economic Forum, although lower ratings for the proportion of people living in test areas and on consumer acceptance.

On policy and legislation the UK is near the top in AV regulation, with the DfT making it legal for driverless cars to operate on any public roads without permits or extra insurance and the establishment of a Centre for Connected and Autonomous Vehicles.

However, the UK’s mid-table performance on infrastructure is due to one of the lowest scores for 4G coverage, along with relatively poor road quality, states the report.

“The UK has carved out a niche as an attractive testing and proving ground for AV technology in Europe. This is shown by the range of AV-centered consortia that are benefitting from private and government funding to develop, test and refine AV technology.”

The index was the brainchild of Richard Threlfall,  KPMG’s Global Head of Infrastructure. He says: “Over the last couple of years I have travelled extensively talking to governments, city authorities and businesses about the opportunity created by autonomous vehicles. While most believe it will be many years before fully autonomous travel is available to all, nearly everyone I have spoken with recognises that the potential benefits of the autonomous revolution are enormous.”

There is growing consensus that AV will open up significant economic and social benefits, he noted. “The time we currently spend driving a car becomes productive time in an autonomous vehicle that can be spent working, relaxing or sleeping. But, moreover, there will be social benefit, including a vast reduction in the 1.3 million people killed each year in car accidents, and accessibility for those who currently cannot drive, because of age or disability.”

But questions remain over the risks of security, criminal use, the impact on congestion and how public transport will function alongside AVs, says Threlfall. These are issues that can best be addressed on a global scale, he suggests. “If we could start to show what different countries were doing to prepare for the future, we could spread best practice and open up dialogue.”

The study found the most prepared countries all have governments willing to regulate and manage AV development. The top ranking nations have “excellent road and mobile network infrastructure” and private sector investment and innovation. Other common features among the leading nations are large scale testing powered by a strong automotive industry presence and a proactive government that “attracts partnerships with manufacturers”.

Threlfall argues that nations must take steps now to pave the way for self-driving vehicles. This is because “the spatial planning and infrastructure investment decisions that we make today will determine the development of our countries and cities for decades”.

He adds: “If we anticipate an AV future today, we can avoid wasting taxpayers’ money on investments that may soon prove obsolete, or worse frustrate the realization of AV benefits.”

The transition to AV will require changes to road infrastructure, including on-road telematics, signage, crash barriers, lane widths and kerbs. There is also likely to be an impact on public transport schemes, “which will need to integrate with AVs, as well as parking schemes and multimodal transport ticketing”.

AVs will also change where new housing and office developments are located. “They could make ride-sharing and mobility as a service schemes more attractive, meaning space currently used for parking can give way to more housing and public spaces in urban areas. But by making longer commutes more attractive, they could also encourage more suburban and rural development.”

Threlfall says that, based on the findings of the index and his discussions around the world, there are three particular areaa requiring action: