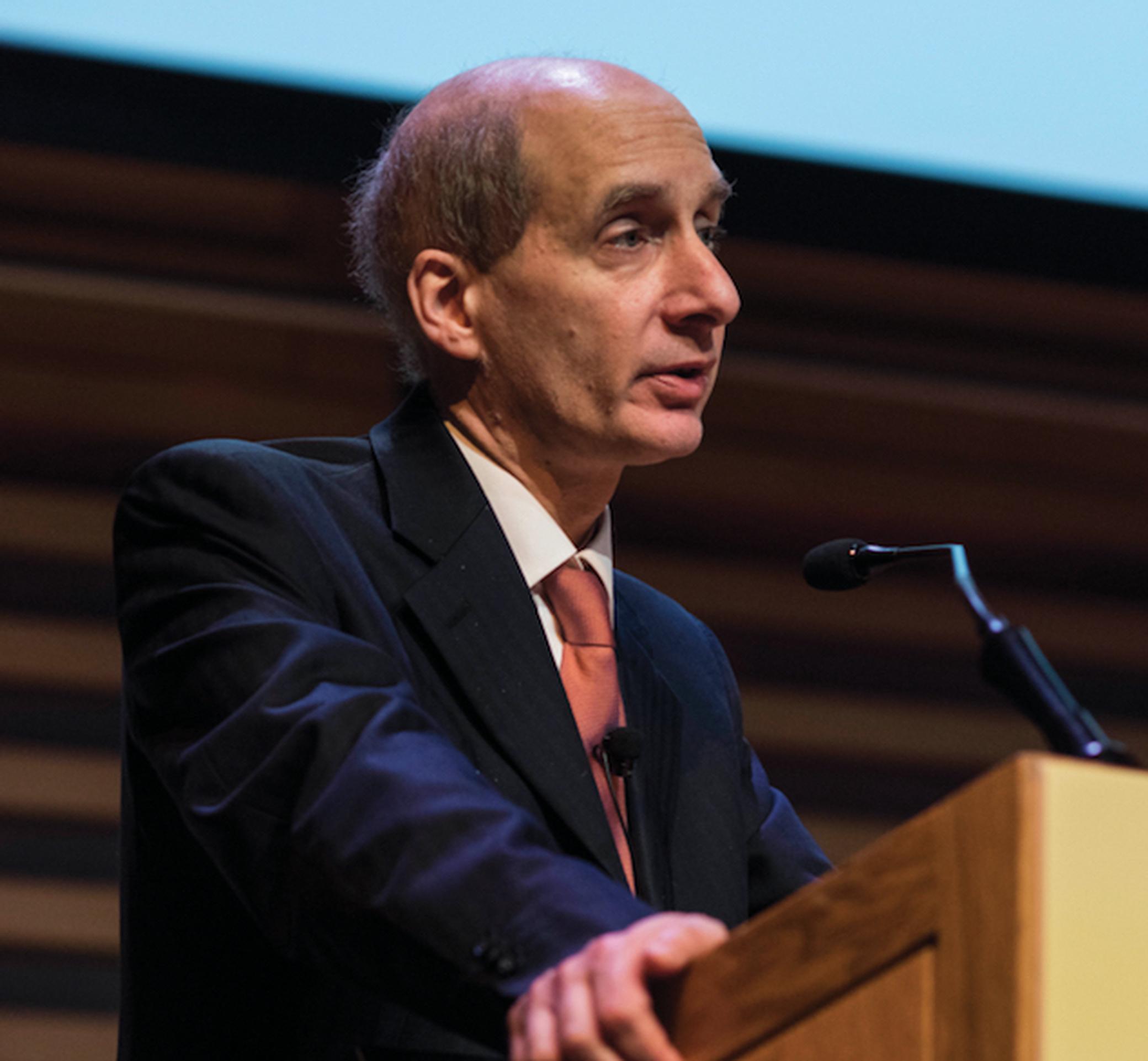 Improving local transport connections between Oxford and Cambridge could lead to the creation of both new jobs and housing, says Lord Adonis. The chair of the National Infrastructure Commission (NIC) is urging ministers, and council leaders across the arc covering Oxford, Milton Keynes, Bedford, Northampton and Cambridge, to “seize the opportunity” and harness the area’s economic potential.

Lord Adonis has launched Partnering for prosperity: a new deal for the Cambridge-Milton Keynes-Oxford Arc, an NIC report that suggests creating new and improved infrastructure could unlock opportunities to deliver one million new homes and jobs by 2050, including the country’s first new towns in 50 years.

“The arc spanning Cambridge, Milton Keynes and Oxford attracts the brightest and best from some of the most cutting edge industries,” he said. “But the area also suffers from a lack of available homes and an infrastructure network that is feeling the strain – pricing local people out of the market, making it difficult for businesses to recruit staff, and threatening the future competitiveness of one of the most successful parts of the country.

“A ground-breaking deal between ministers and local leaders could transform the area, helping to double the rate of house-building and deliver the first new towns this country has seen for half a century. With this one of the most economically important parts of the UK, it could add billions of pounds a year to the national economy."

Lord Adonis said measures could be implemented while also protecting and enhancing the natural environment of the area, and without making changes to existing Green Belt protections.

Currently the Cambridge-Mllton Keynes-Oxford Arc generates £90bn per year towards the national economy. Lord Adonis predicts by improving transport connections and building new homes this could be increased to over £250bn a year.

The study was commissioned by the Chancellor of the Exchequer at the March 2016 Budget. Estimates of the arc’s current and future economic output were developed by Cambridge Econometrics. Their analysis suggests that in 2014, the Gross Value Added (GVA) of the area was £90.5bn (2011 prices); by doubling housebuilding rates in the area, and delivering East-West Rail and the Oxford-Cambridge Expressway, this increases by £163bn to a GVA of £250bn.

The NIC states that a doubling of the current rate of housebuilding would need be supported by improved road and rail links between the major cities. The new report concludes that to enable this to happen, key transport projects need to be given new momentum by the Government, including:

Lord Adonis stressed that action needs to start immediately to get work underway. In particular, he called for the opening rail services to Cowley in South East Oxford by 2019 to support new housing, and accelerating the East-West Rail programme to open a new station at South Cambridge by 2022, alongside long-term local transport plans for other key towns and cities across the arc.

This would also include new governance arrangements to ensure local areas can join up planning for jobs, homes and infrastructure.

The NIC report also includes recommendations that by 2020:

NIC commissioner Professor Sadie Morgan said: “Today’s report is a once-in-a-generation chance to create great new places to live and work, creating liveable communities and safeguarding the future of one of the most economically important regions in the country.”

Another commissioner, the economist Bridget Rosewell, said: “Maintaining the arc’s global lead in science and technology is a national priority – but to retain the brightest and best they need to have places to live. Local leaders now need to work with Government to agree a deal that will deliver the homes and transport connections that families and businesses across the area want to see.”

Reaction to the report

The report has been welcomed by local political leaders, business groups and the automotive sector.

James Palmer, Mayor of Cambridgeshire and Peterborough: “By harnessing the potential of the Cambridge – Milton Keynes – Oxford arc we can deliver the new infrastructure, house building and jobs that the country and the people of our region need, and subsequently, adding billions of pounds to the local and national economy. Pushing forward the delivery of the East-West rail line is a major step towards seizing the opportunities for growth that this region offers. This National Infrastructure Commission report signals the start of a ground-breaking relationship between central Government and local authorities, and the Combined Authority for Cambridgeshire and Peterborough is committed to working alongside our partners and playing our part in delivering on the huge promise which our region offers.”

Cllr Pete Marland, Leader of Milton Keynes Council: “We welcome the National Infrastructure Commission’s view that Milton Keynes should once again become a project of national significance. We strongly support the recommendation that to enable growth, local authorities require certainty on the timing and funding for infrastructure delivery. The commission’s report matches our ambitions for the next stage of Milton Keynes' expansion, as outlined by the MK Futures 2050 Commission, of inclusive growth, better access to affordable housing, a new technological university and the creation of thousands more highly skilled jobs.

Cllr Bob Price, chair of the Oxfordshire Growth Board and leader of Oxford City Council: “Oxfordshire is at the centre of the UK’s knowledge-based economy. This region is already growing strongly and the Oxford-Cambridge ‘brain belt’ offers an opportunity to create a fourth economic powerhouse for the UK to rival those in London, the Midlands and the North. I very much welcome the Commission’s recognition that to achieve this will require much more investment in infrastructure and provision of more high quality affordable housing, as well as social infrastructure such as schools and hospitals, while protecting our high-quality environment. We will work closely with colleagues across the arc to ensure the growth is properly planned, is sustainable and works in the interests of existing and well as future residents. In particular, we want to improve connectivity and tackle congestion to make Oxfordshire an easier place for everyone to travel around.”

Cllr James Jamieson, Leader of Central Bedfordshire Council: “We agree with the Commission’s views that development should not be to the detriment of existing communities and to ensure this we need investment in critical infrastructure up front.”

Cllr Martin Tett, chairman of England’s Economic Heartland Strategic Alliance: “There is much to welcome in this report. It is critically important that growth is enabled by the provision of new infrastructure. However, to be truly successful this must be more than just transport and include, for example, new utilities, high speed broadband, health services, education, parks and open space and skills. We also welcome the NIC’s view that the identification of areas for growth should be led by local authorities, not imposed ‘top down’. The Heartland Alliance clearly presents the base on which to build new, strategic, cross-corridor planning and delivery vehicles. The Government does not have to start from scratch and risk losing the momentum already developed.”

Dr Ann Limb, chair of South East Midlands LEP (SEMLEP): “As a £50bn, fast growing economy, SEMLEP has identified priorities to grow businesses, grow people and grow places to ensure that our economy remains highly productive, resilient and continues to stimulate innovation to deliver growth. Maximising the opportunities that will result from stronger East-West links is integral to helping us to achieve our vision of the South East Midlands as the commercial core of the Growth Corridor.”

Paul Plummer, chief executive of the Rail Delivery Group: “The partnership railway already plays a crucial part in connecting communities and in boosting the economy and there is huge potential for rail to do even more for the towns along the East West route. Working together, the rail industry has published a long-term plan to change and improve to benefit the economy, customers and communities which is why we are working closely with government and local organisations to develop the East West project.”

Trudi Elliott, chief executive of the Royal Town Planning Institute: “The commission has put forward a bold and integrated vision for turbo-charging an important economic area of the country and creating places where people can flourish. Critical to delivering this vision is good planning. Planning of housing, transport and other infrastructure, and the environment in a joined-up manner is what this country needs more of. The report today sets out a model for the Government and local leaders to up their game in using planning at its most creative to help this country fulfil its potential.”

Stewart Baseley, executive chairman of the Home Builders Federation: “Collaboration and coordination between central and local government and stakeholders is key if we are to develop sustainable solutions to our housing shortage. Integrating the planning of infrastructure and housing will deliver more homes and help create communities that benefit both new and existing residents. Housebuilders are committed to working with all parties to help deliver the right number of homes with the facilities their residents need, in the right places.”

Cllr Mark Shaw, chairman of the East West Rail Consortium Western Section board: “We are delighted that the National Infrastructure Commission has reinforced the importance of East West Rail to enabling the England’s Economic Heartland region to realise its economic potential. We need to see the Commission’s support turned into reality. Next week’s budget provides the Chancellor with the opportunity to allocate the monies to deliver the Western Section. But that must be seen as just the start – for the full benefit of East West Rail to be realised, work on the ‘missing link’ between Bedford and Cambridge must continue at pace, and its delivery accelerated if at all possible. We therefore welcome the National Infrastructure Commission’s recommendation on the Central Section.”

Andrew Jones, cities programme lead at AECOM: “AECOM believes that strategic transport infrastructure and housing development should be planned holistically rather than separately in order to drive the UK’s future growth and long term prosperity. This ambition requires mechanisms such as development corporations and sub-regional spatial plans and we are delighted that the National Infrastructure Commission shares our vision.”

Pete Winkelman, chairman of MK Dons/StadiumMK: “This nationally significant report recognises the pivotal role Milton Keynes can play in the future as we look to leverage our expertise in delivering new communities across the Oxford-Cambridge arc. The MK: Futures Commission, of which I was a Commissioner, identified improved transport infrastructure as absolutely key to achieve the step change needed in delivery and by implementing the recommendations of the National Infrastructure Commission the full potential of Milton Keynes and the vibrant region in which it sits can be realised.”

Alex Burns, president of Millbrook: “I am delighted that the NIC has recognised the strength of the Oxford – Milton Keynes – Cambridge arc. It is a vibrant high-technology cluster with a particular focus on developing the future of transportation. At Millbrook we are investing heavily in new test facilities for the development of low carbon, low emission, connected and autonomous vehicles. Our business growth is currently constrained by our ability to relocate talented individuals to the area and this new deal has the potential to solve housing and transport infrastructure issues. This could add significantly to the capacity of the area for economic growth.”

David Bell, CEO of SBD Automotive: “As we continue to grow in automotive technology research worldwide, we are constantly looking to recruit more of the industry’s best engineers, as well as the next generation of talent that will help shape SBD Automotive in the future. The linking of these hubs of innovation, and the increased access to talent pools and universities, will likely create a globally acknowledged tech corridor that will act as a magnet for new investment and jobs.”