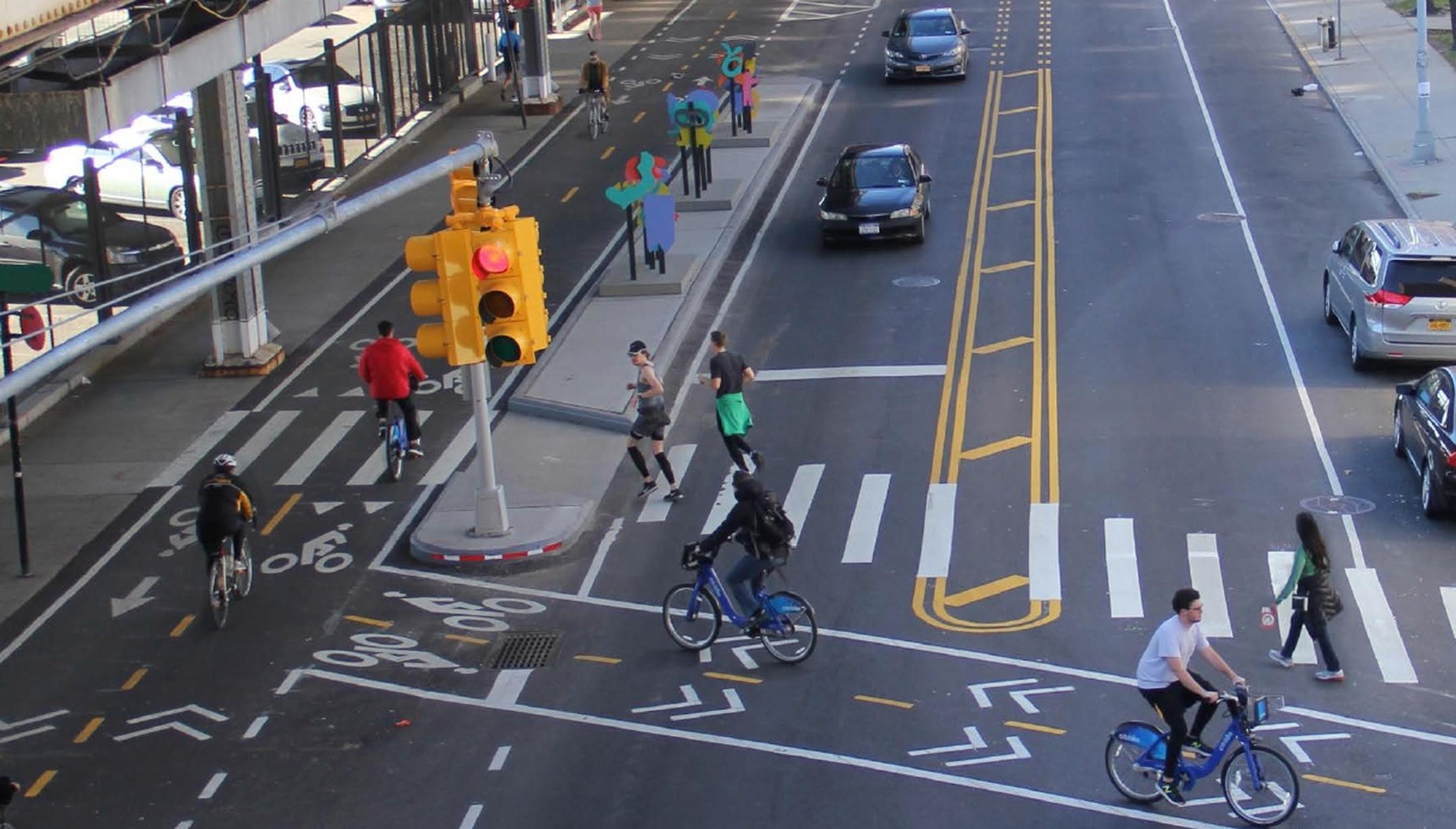 The number of New Yorkers regularly making bike journeys has risen nearly 50% in five years, reveals a report from the New York City Department of Transport (NYC DOT). Between 2009 and 2014 the number of people cycling ‘at least several times a month’ went up 49% from 521,000 to 778,000, says the report.

The report attributes the rise in cycling to the rolling out of bike lanes in the city. In the last five years the bike network has increased by nearly 300 miles, including 45 miles of segregated lanes, says NYC DOT. Another factor has been the growing popularity of the Citi Bike hire scheme, with trips per day up from 22,172 in 2014 to 38,491 in 2016.

“Miles of protected on-street bike lanes are emboldening the more cautious and risk-averse New Yorkers to take to the streets on a bike, while Citi Bike makes cycling a more convenient option for quick trips around the city and multi-modal commutes – even for those who do not own a bicycle,” states the report.

The NYC DOT survey asked New Yorkers how frequently they are using cycling as a mode of transportation and how that frequency is changing over time.

“By focusing on the cyclist and not the trip, the survey provides a more holistic approach to quantifying cycling activity, especially when used in combination with national surveys, on-going bike counts, and the Citi Bike trip data.”

Cycling in the City: Cycling Trends in NYC