A community-led approach to street design has helped transform a notorious stretch of road outside a school into a people-friendly area, Ben Addy of Sustrans tells Deniz Huseyin 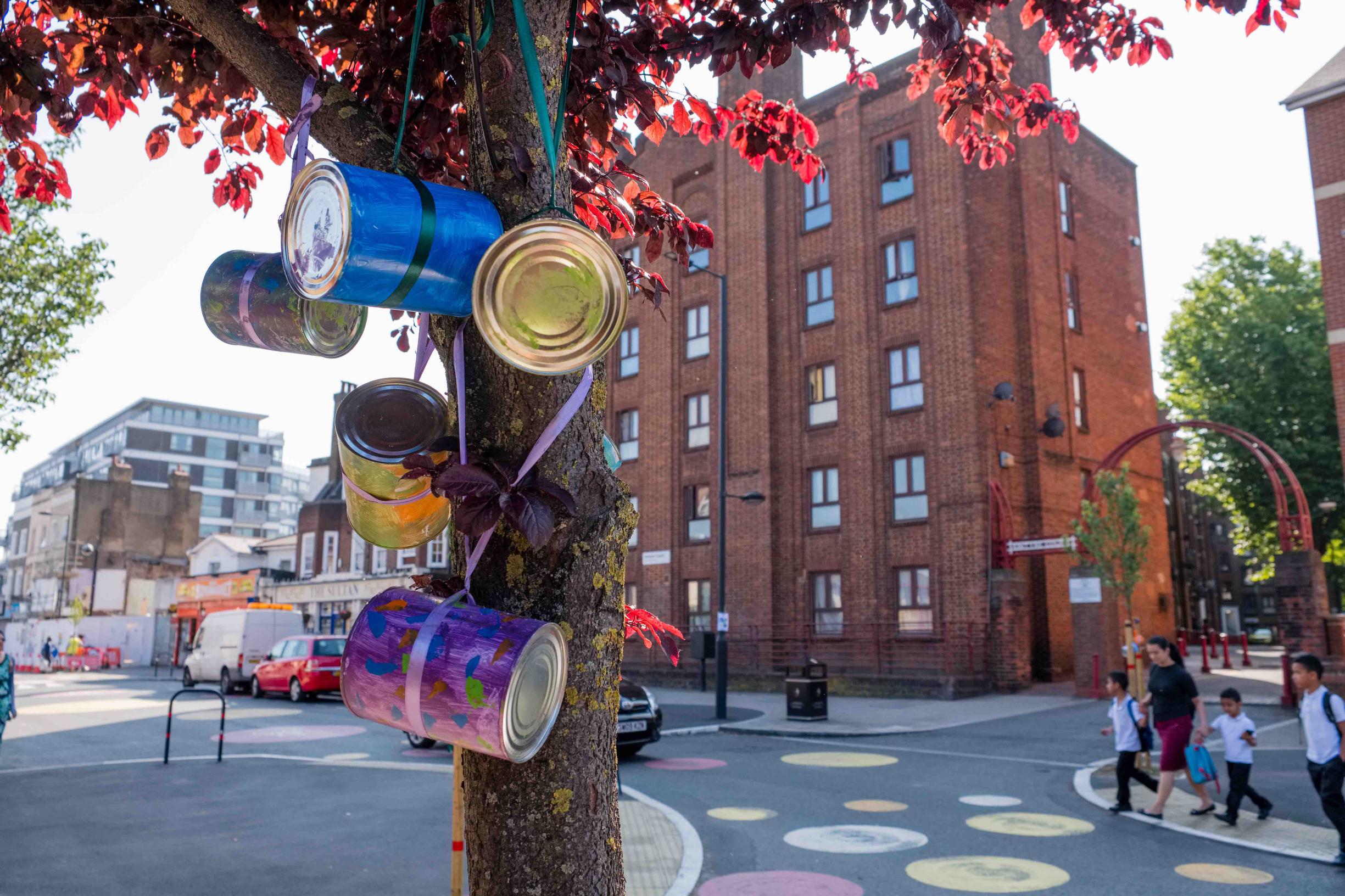 Road safety outside schools has become an all too frequent cause for concern across the UK. In an effort to tackle the problem, a range of measures are being deployed including school-led awareness campaigns, CCTV enforcement and parents volunteering as parking patrol officers. Meanwhile, a project in south London has taken a different approach, re-configuring the street layout to bring about behaviour change.

The layout on New Park Road, off Brixton Hill, was designed by the charity Sustrans in partnership with the London Borough of Lambeth and the local community.

Concerns about safety centred on Richard Atkins Primary School, located on a busy rat-run. Between 2010 and 2014 there were 12 collisions near the school that resulted in injury, four involving children under 10 years old.

Ben Addy, head of collaborative design at Sustrans, says: “There had also been a number of near-misses outside the school. This was largely due to the sheer volume of vehicles using the road as a cut-through including HGVs.”

A host of measures, funded by Transport for London, were implemented from early 2016 onwards to re-allocate space from vehicles to pedestrians. This included developing a chicane style layout, with circular build-outs, planters, trees and bike stands. Parking spaces were also removed and a 20mph speed limit introduced.

“Most drivers were using the road to avoid a set of traffic lights at the top of Brixton Hill,” says Addy. “These changes mean it no longer saves them time to use the road as a cut-through.”

There are now several crossing points near the school. Addy explains: “One of the things parents were asking for was a zebra crossing outside the school. The problem was that not all accidents and near-misses were happening at one single place – they had occurred along the stretch of road. That’s why we wanted to calm the entire length of the street outside the school. It means that people have more options for crossing at multiple different places.”

Pedestrians are much more visible now, says Addy. “They are no longer having to step out from between parked cars. Because children are waiting to cross on these large circular build-outs, drivers are giving way more often. Driver behaviour is changing.”

HGVs are banned from using the road, although this is not enforced. “The road has been made narrower by the curved build-outs, so any HGV driver who goes through there now is unlikely to attempt it again.”

Monitoring during the early phase of the scheme revealed that the number of HGVs using New Park Road had dropped from 3,375 a week to 2,400 a week.

The scheme has been in place for about 18 months now. New figures from Lambeth council show that around 90% of drivers now comply with the 20mph speed limit, compared with 50% before the scheme, while compliance has been as high as 96% at school drop-off and pick-up times.

Average speeds on the stretch of the road have dropped from 20mph in 2015 to 14mph in 2017. The council also reports a 10% drop in traffic flows, and almost 12% during the morning peak time.

These measures are “self-enforcing” as it is now difficult for parents to drop off their children outside the school without disrupting traffic, says Addy. “Before they could pull over onto a zigzag, so other cars could overtake, often in a dangerous way. The design makes it impossible for drivers to do that anymore. There isn’t the width, so anyone who stops is blocking the carriageway.”

Road schemes outside schools can sometimes create antagonism between interested parties, notes Addy. “You may have residents who are tired of parents doing drop-offs and perhaps parking over their driveways. But the ultimate aim for everyone is actually the same – safer, quieter streets.”

He adds: “The safety of kids going to school is of paramount importance. But this is not just a school scheme, it’s not just a resident scheme, it’s something that fits both and shows how bringing different groups together can help to facilitate an interesting solution.”

Sustrans worked to ensure cooperation among different groups when developing the New Park Road project. “What really set this scheme apart was the collaborative nature of it. There wasn’t just a formal consultation; there was real community engagement. We asked people to imagine what would make their street better and what would they like to see done differently.”

There were calls for New Park Road to be closed to through traffic, but this was opposed by some residents who feared it would result in traffic being displaced onto surrounding streets. This then led to discussions on the merits of filtered permeability on other streets, says Addy. “The discussion became too big for the scope of this project so Lambeth council made the decision to bring the focus back to New Park Road and the environment outside the school.”

As a result, New Park Road remains open to through traffic. “There were a lot of people who wanted the road closed, so they were disappointed, ” says Addy. “But I think that the project is a good compromise. It is a great starting point and it will be interesting to see how people feel in two to three years once they have got used to the reduction in HGVs and the drop in speeds.

“It may be that people want to take the scheme further. It’s a process where you try one thing that brings about change, which leads to the next level and you take people along with you in your design.”

Some cyclists have also expressed disappointment that there is still through traffic on New Park Road. “But the fact that vehicles are going slower and there are fewer HGVs can only be a good thing for people cycling. We would like to see Lambeth do more monitoring to find out how the changes have impacted on cycling.”

Addy argues that traditional traffic calming measures outside schools, such as signage or zigzags, are not always effective. “Cuts to council budgets makes enforcement difficult. So, it has to be a combination of enforcement, design and education. And that is what we try to put across with these projects. Yes, you need signs, lines and enforcement, but you also need design intervention as that is what will change driver behaviour.”

Rigorous monitoring of New Park Road and other innovative street schemes will help reveal how well they are working, says Addy. “Video monitoring would show how children are using the space. Where are they crossing and how are they crossing? No one has got the solution right now on how to solve the problems outside school gates across the country. Every street is different, with different problems and different volumes of traffic, and some might be on bus routes. But dramatically changing the feel of a street outside schools and the way people perceive and use it is definitely a step in the right direction.”