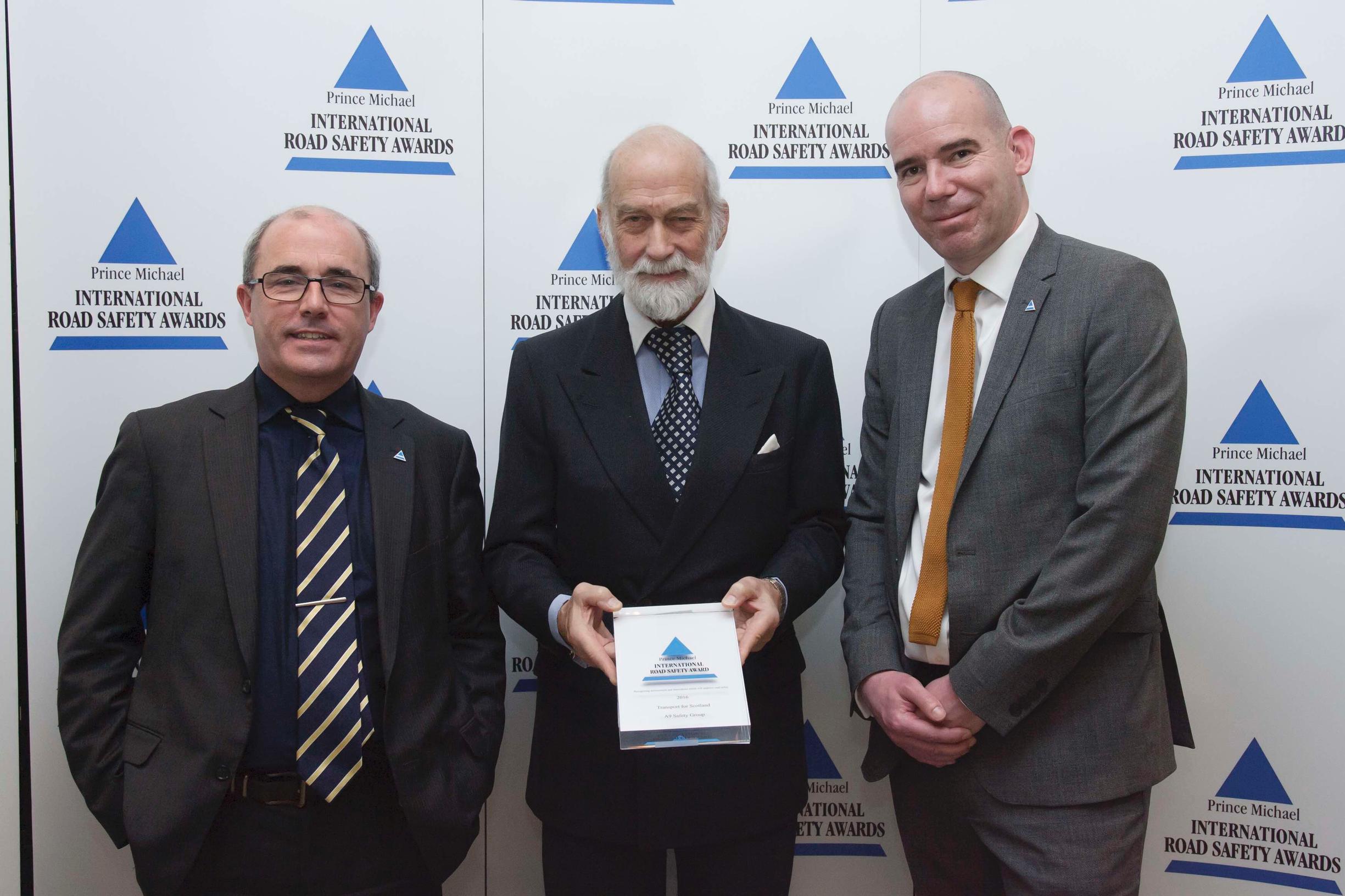 Two roads that had gained notoriety for being treacherous received Prince Michael Road Safety Awards at a ceremony last week. Accidents on the two routes have dropped significantly since average speed cameras have been installed, the judging panel noted.

The A537 Cat & Fiddle route in the Peak District and the A9 in Scotland were both infamous for killed or seriously injured (KSI) casualties.

The A357 had been given a black (high risk) rating by the European Road Assessment Programme (EuroRAP), which suggested that drivers were 30 times more likely to be killed or injured than on a green (lower risk) road.

Fatal and serious casualties are down by almost 63% on the A9 since average speed cameras were installed, reports Transport Scotland.

SPECS cameras, supplied by Jenoptik Traffic Solutions UK, were installed on the A537 in 2009 and the A9 in 2014. Since then safety has improved on the roads, said the awards judging panel, which includes representatives from the RAC Foundation, the Institute of Advanced Motorists, Highways England and the Royal Society for the Prevention of Accidents.

Jenoptik said that the A9 is Europe’s longest enforcement system with cameras covering nearly 150 miles, involving a mixture of single and dual carriageway sections, through the centre of Scotland.

The A537 Cat and Fiddle was the first permanent UK average speed installation to operate in ‘rear facing’ mode, allowing motorcycles to be monitored by cameras viewing their rear number plates.

Jenoptik says SPECS cameras are now widely proven to have a demonstrable and consistent influence on driver behaviour, driving down casualties through compliance with posted speed limits and a harmonisation of vehicle speeds where they are installed.

With accidents down, traffic has gone up on the A9 as people now feel more confident about how long it will take to reach their destination, Collins told Local Transport Today. “The safety figures for these routes is unambiguous. It is clear that average speed cameras are working.”

The A9 and A537 were two of for roads to be recognized at the Prince Michael International Road Safety Awards ceremony on 13 December. The others were the A227 between Tonbridge High Street and Borough Green and the Silver Zone scheme in Singapore.