Ford’s ‘Hangover Suit’ highlights risks of driving the morning after 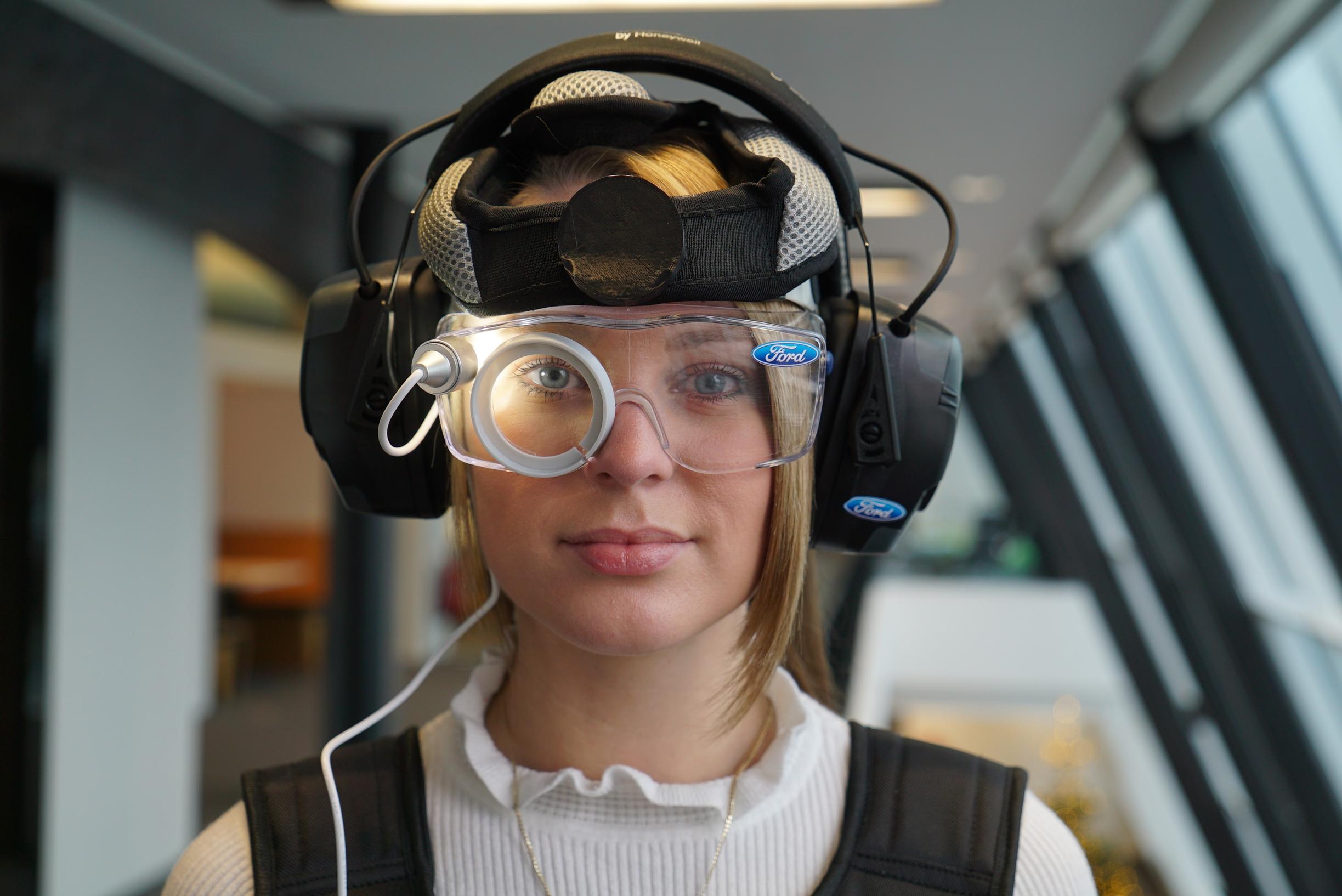 Driving after a big night out, such as the office Christmas party, can be as dangerous as drink driving, even if no longer over the limit. In Europe, research shows alcohol is a factor in one in six road accident fatalities, while in the UK one in 10 drink driving arrests take place between 6am and 8am.

The way in which over-indulging can affect a person can be experienced by donning a specially designed ‘Hangover Suit’ simulates a throbbing head and the esperience of feeling tired and drained.

Weighing more than 17 kg, the Hangover Suit consists of a vest, wrist and ankle weights, a cap, goggles and headphones. Together, these simulate the classic hangover symptoms of fatigue, dizziness, a throbbing head and difficulty concentrating.

The suit is part of the Ford Driving Skills for Life, a free training for young drivers. By the end of 2016, this programme will have trained more than 20,000 drivers across 13 countries in Europe.

Jim Graham, Ford Driving Skills for Life manager, said: “There is a lot of social pressure to prevent those who may be tempted to drink drive after a night out. But many times those who drive the morning after are travelling alone. The Hangover Suit shows how debilitating a hangover can be and the risk that driving in that condition can present to all road users.”

Ford commissioned the ‘Hangover Suit’ from the Meyer-Hentschel Institute in Germany. “We did a lot of research, including analysing our own abilities after an evening of social drinking,” said Gundolf Meyer-Hentschel, chief executive of the institute. “For the Hangover Suit we have introduced the headphones that replicate the particular increased sensitivity to sound as well as the typical acoustic experiences of a migraine. In addition, a weighted headset, together with the goggles, simulates dizziness and a blinding headache.”

Among those who have already experienced the suit first hand is Dr Richard Stephens, a senior lecturer in Psychology at Keele University in the UK, who is an alcohol researcher with expertise in hangover. “People often do not realise the degree to which a hangover impacts your core ability to do anything,” said Prof. Stephens. “The Hangover Suit brings that point home loud and clear.”

Even when drivers are no longer over the legal alcohol limit they still present a risk that can be as high as for those who are drink driving, with drivers likely to be sleep deprived and their reaction times are affected.