Live traffic news displayed on back of London buses 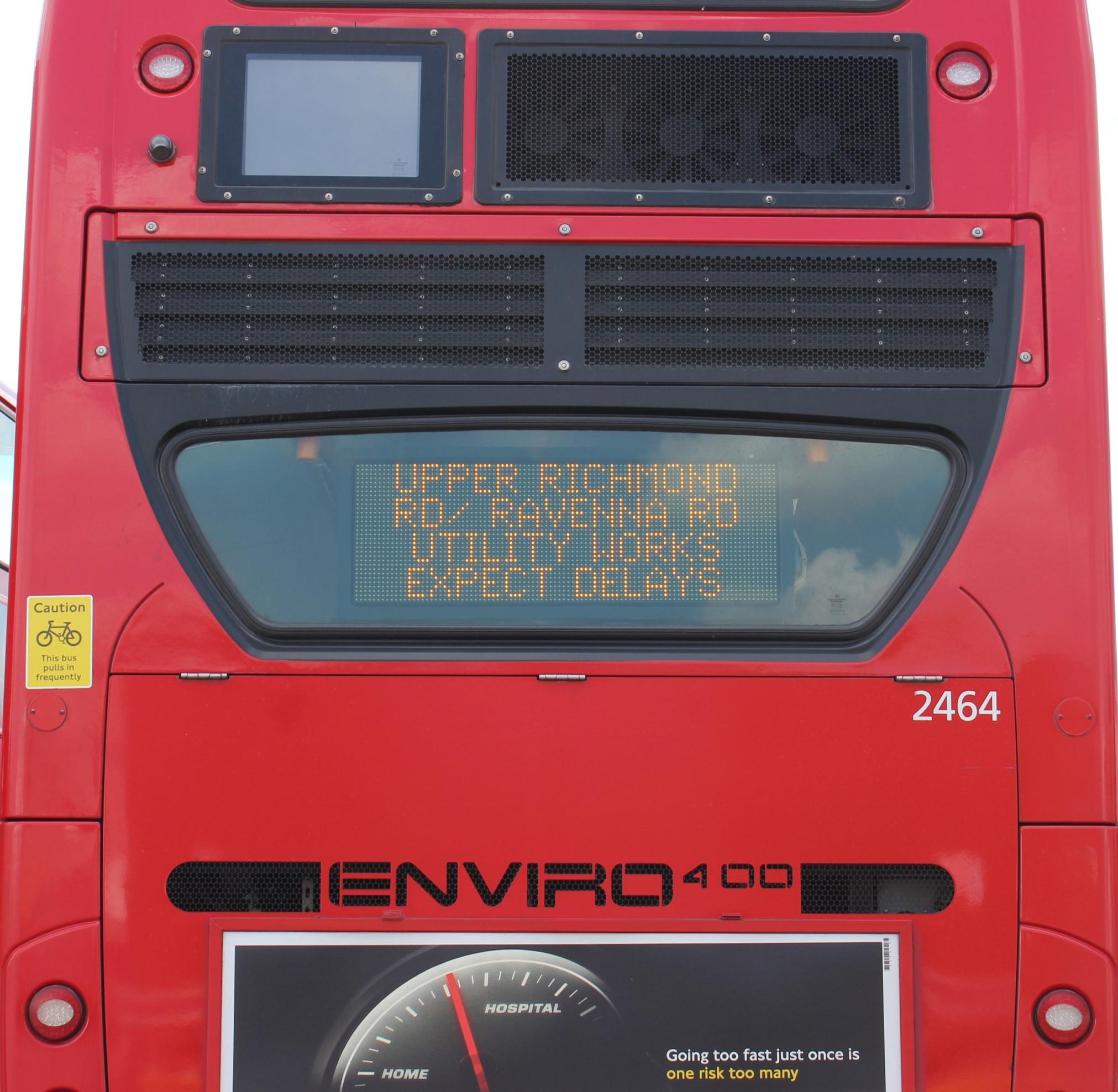 Trials are underway in the capital to display live traffic information on the back of buses. A number of buses on route 344, between Clapham Junction and Liverpool Street, are displaying real-time traffic information using digital information boards. This is the first time anywhere in the world that the innovations is being trialled, says Transport for London (TfL).

This technology provides London's drivers with a new source of information to help avoid congestion and improve their journeys and the reliability and efficiency of the roads, says TfL.

The buses have been fitted with electronic boards by Equitech IT Solutions, which use GPS technology to give accurate and up-to-date traffic information. The information is taken from the TfL Variable Message Sign network, which is fed by TfL's 24-hour traffic control centre.

The system will also be trialled on bus route 415, between Tulse Hill and Liverpool Street, in the autumn. If successful, this could be expanded across London, says TfL.

Tony Wilson, managing director of Abellio London, said: "At Abellio we aim to take travel 'beyond a-to-b' and believe that this innovation can help achieve that goal. Initiatives, which help keep traffic moving will also help those travelling by bus."

TfL says this latest initiative supports other measures such as the use of intelligent traffic signals - Split Cycle Offset Optimisation Technique – which, it says, reduce delays by up to 12%.

Craig Holloway, chief executive of Equitech IT Solutions, says: "We are delighted to be partnering with TfL to trial this new technology.

"We know how beneficial having real-time traffic information can be for road users, and the technology we have developed will hopefully make life for Londoners easier by having up-to-date information provided to them when travelling on the capital's roads."