Mission Zero report calls for government policy to support business in areas such as energy, transport and electric vehicles 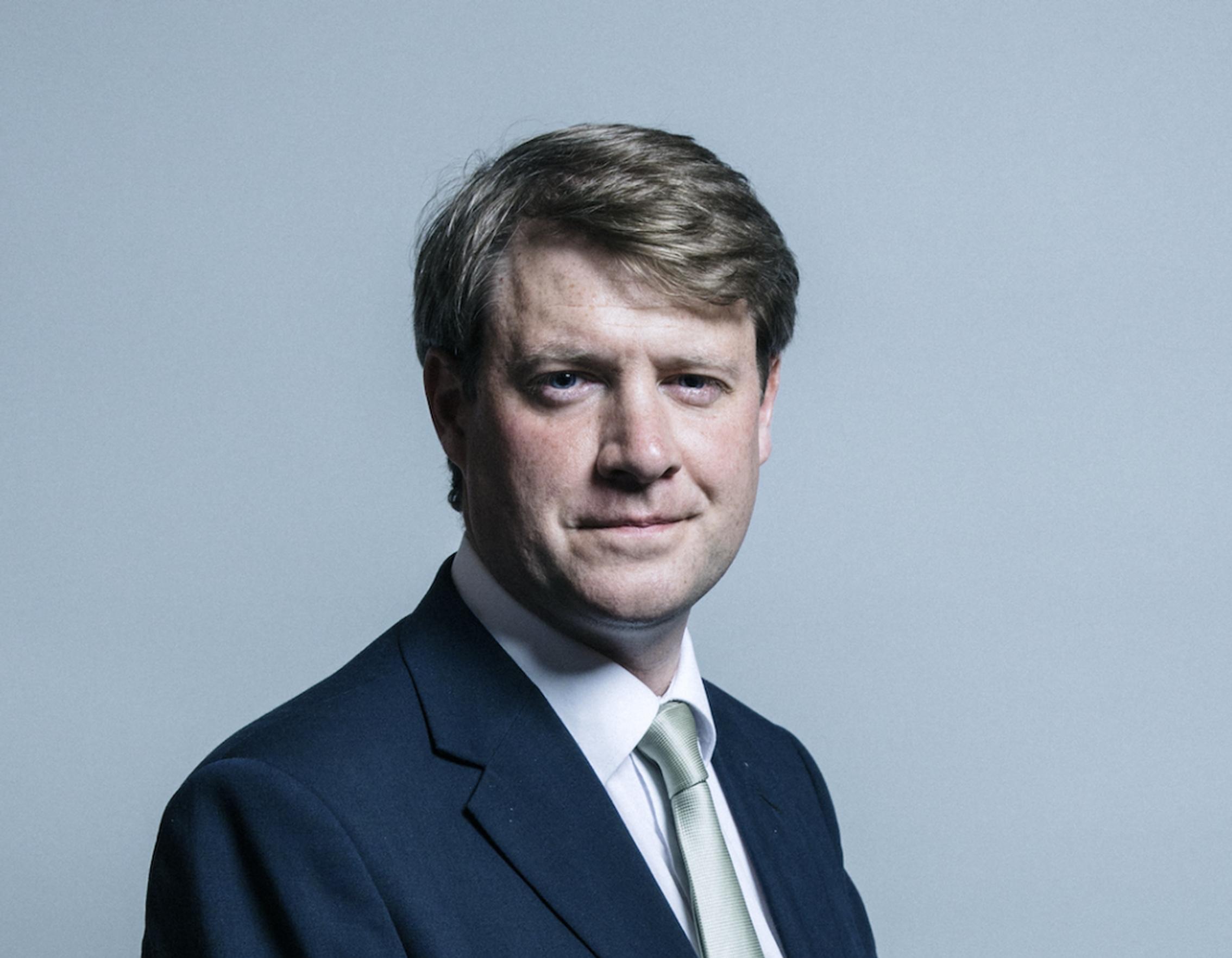 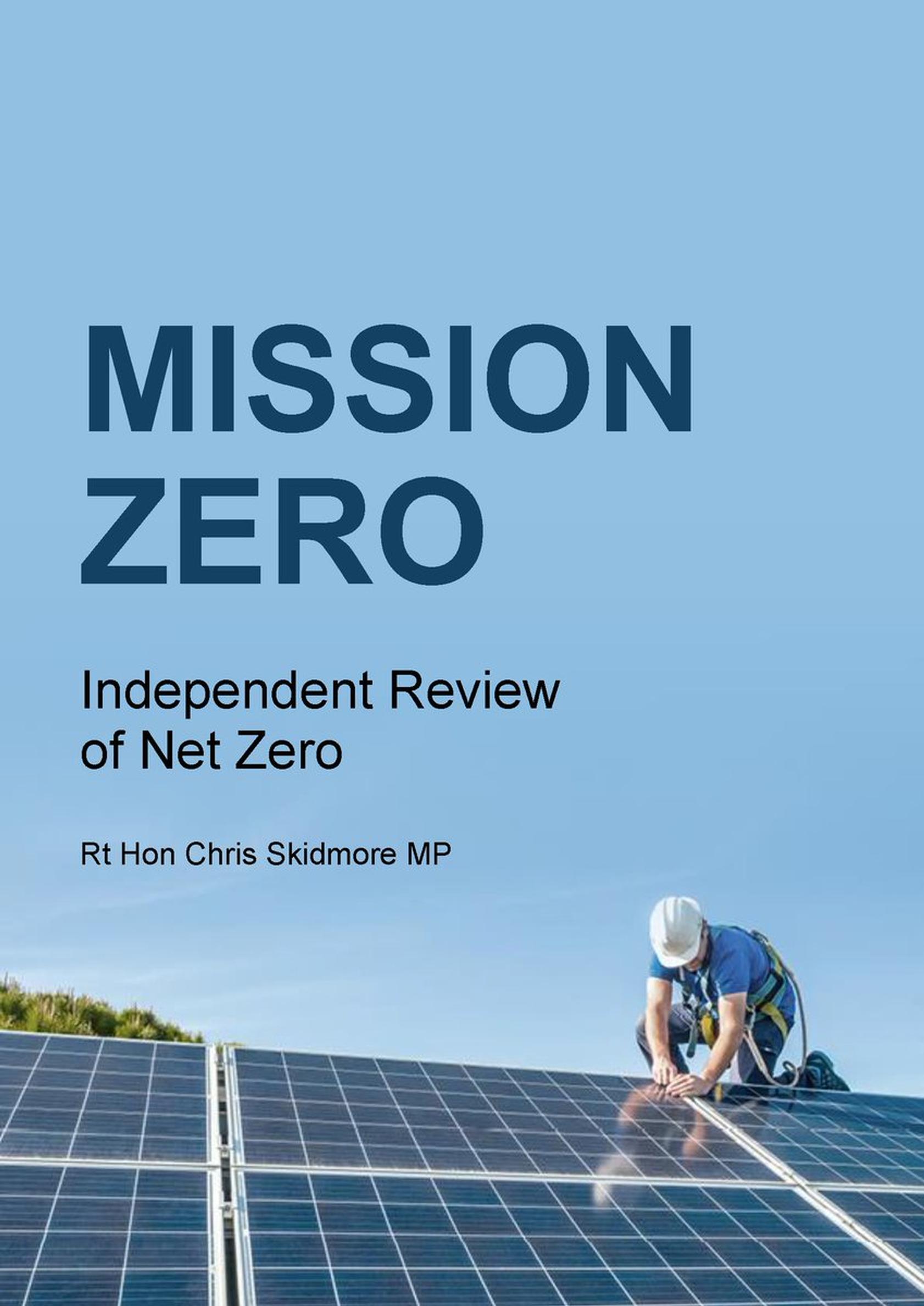 Working to achieve net zero presents the UK with an opportunity to transform its economy by focussing on clean technologies, science, manufacturing and green finance, says a report produced by Chris Skidmore MP.

In the report, called Mission Zero, Skidmore says the UK’s leadership on tackling climate change has led to changes at home and around the world, with more than 90% of the world’s GDP now committed to net zero. However, the Conservative MP says more should be done to reap the economic benefits that presents.

The key message of the report is that the UK’s future growth is dependent on rapidly embracing the opportunities afforded by the net zero target. However, policy needs to be more consistent, joined-up and dynamic. The UK risks falling behind on some targets and needs a new approach, the report says.

The linkages between energy and transport through infrastructure are identified as a crucial area of focus. Skidmore calls for electric vehicles to be made more accessible to those who need them and for improvements in public charging infrastructure including cost discrepancies, which mean those without home charging have to pay a lot more.

As leader of the influential Conservative Net Zero Support Group, Skidmore is a vocal supporter of green ideas within the Tory Party. Skidmore was commissioned to lead a rapid review of the government’s approach to delivering its net zero target by former business and energy secretary Jacob Rees-Mogg last September. It followed major changes to the economic and political landscape, with Russia’s illegal invasion of Ukraine, historically high global energy prices and high inflation.

Chris Skidmore MP said: “We should be proud of the lead the UK has taken in tackling climate change, having exceeded expectations so far in our race to net zero emissions by 2050. As essential as that is environmentally, it also puts us at an economic advantage globally.

“We lead in areas including clean technologies, science, manufacturing and green finance – areas that, if managed right, can lead to new jobs and strong economic growth.

“In developing this report, we have engaged with communities, economists and climate experts from across the country through more than 50 roundtables and 1,800 submissions – all of which have led to the Mission Zero findings. My recommendations are designed to make the most of this historic opportunity, covering the length and breadth of our economy, so that people in every part of the country can reap the benefits of this both in their communities, and in their pockets.”

Amongst specific recommendations, the report calls for the development of a cross-sectoral infrastructure strategy by 2025 encompassing electricity, hydrogen, other liquid and gaseous fuels and CO2 networks that support the UK's green economy. The report says that the “scale of this challenge, and its breadth, is too much to be left to the whims of individual projects”.

Commenting on the Net Zero Review, business and energy secretary Grant Shapps said: “With a wealth of talent and expertise, and a track record to be proud of, the UK is well placed to ensure that tackling climate change also brings new jobs and investment for businesses and communities.”

The Department for Business, Energy and Industrial Strategy (BEIS) cites official statistics show there are already around 400,000 jobs in low carbon businesses and their supply chains across the UK, with turnover estimated at £41.2bn in 2020. Both the British Energy Security Strategy and Net Zero Strategy aim to leverage an additional and unprecedented £100bn of private investment, while supporting an additional 480,000 British jobs by 2030.

The review flags up the number of respondents frustrated by a lack of long-term thinking and 'siloed' behaviour from government departments, and uncertainty over the length of funding commitments suggesting this is holding back deployment of green technologies, hampering investment across all sectors, and inhibiting the ability to create British jobs.

To unlock this, and bring the clarity, certainty, and consistency desperately needed, the review recommends:

The report also calls for a ramping up of public information about net zero and for greater engagement with the public around the issue. To support this it proposes introducing a standardised approach to ecolabelling by 2025, including the introduction of a Net Zero Charter Mark.

The report calls for the government to fully back at least one “Trailblazer” Net Zero city, local authority and community, with the aim for these places to reach Net Zero by 2030.

Transport is strongly featured in the review final report, though energy-related issues generally take prominence. Key transport-related proposals are for:

Analysis by the review team finds that the average household will make a saving of £400-6,000 by 2050 under net zero measures, partly because of the fact that electric vehicles are cheaper to run than petrol and diesel vehicles. However, there are clear challenges and inequalities resulting from the structure of current EV charging infrastructure. The report calls for the equalisation of VAT rates between home and public charging and for the opportunities afforded by cheap overnight charging to be fully embraced.

Professor Lord Stern, chair of the Grantham Research Institute on Climate Change at the London School of Economics said: "Chris Skidmore and his team deserve great credit for carrying out a rigorous, robust, and inclusive review of the evidence on the economics of the UK’s net-zero transition.

"In particular, the review has argued convincingly that the transition to a net zero economy is the growth opportunity of the 21st century, and the UK is well-placed to benefit from the increasing demand for net zero goods and services, if it makes the right public and private investments.

"I hope the prime minister and his government will respond to the review with the urgency and scale required to prevent this enormous economic opportunity from slipping through our fingers. This transition, and the investment and innovation it embodies, are at the core of the UK’s growth story for the coming decade."

Zemo Partnership hosted one of the 50-plus roundtable workshops to inform the Net Zero Review which also received over 1,800 submissions. Zemo Partnership’s chief executive, Andy Eastlake said: “I am glad that Zemo was able to play a part in supporting this important report which clearly shows that the UK's economic prospects are directly tied to achieving net zero by 2050 and that - as seen in the Transport Decarbonisation Plan. Government needs to set clear, robust and consistent policies and rapidly implement them if we are to reap the full benefits from this transition.

“The report makes clear that working in partnership across sectors and well beyond existing silos will be required...it also highlights that the public need to be properly informed so we can move forward together on this journey; both areas in which Zemo has specialised and focused efforts and resources over the last 20 years. The Net Zero Review shows that we are heading in the right direction but also that we urgently need to step up the pace as well as bring everyone along with us.”

Silviya Barrett of Campaign for Better Transport said: “Transport accounts for a massive 38 per cent of the average Brit's carbon emissions - more than housing or food or any other activity. In addition to moving to electric vehicles, the review rightly identifies the need to reduce car journeys, make public transport more affordable and reprioritise funding toward sustainable transport. But it’s regrettable that these points did not make it into the list of 129 recommendations. The government must not ignore these crucial actions needed to reach net zero.

"While action at the local level is also vital, the way local green initiatives are funded is not good enough, with the recent allocation of Bus Service Improvement Plan funding a case in point. The Net Zero Review calls on BEIS, DLUHC and HMT to work together to deliver local net zero funding reform, but it's vital that the Department for Transport is around the table too."

Logistics UK welcomed the Net Zero Review report, being  encouraged to note the report’s recognition of the opportunities and challenges for the logistics sector to decarbonise. Michelle Gardner, deputy director of policy, said: “The logistics industry is keen to play its role in the decarbonisation agenda, however as a highly complex industry, this will not happen overnight. Logistics UK is encouraged by the review’s recognition of the opportunities and challenges involved and welcomes a number of recommendations – aimed at supporting industry on this journey – made within the report.

“Logistics, like many other sectors of the UK economy, is facing increasing cost pressures and Logistics UK has long called for greater certainty from government to allow businesses to plan and invest in the necessary technologies and infrastructure. We are therefore pleased that the review has recommended government provide this long-term certainty to allow businesses confidence in the knowledge that UK policy or funding will not rapidly change without very good reason. We hope this report will help shape future government policy.”

Nick Molho, executive director of the Aldersgate Group, said: “The Skidmore Review is absolutely right to emphasise that the net zero transition is a major pro-business and pro-investment opportunity. Businesses have long recognised this, a fact that is reflected in the rapidly growing number that are taking on ambitious net zero emission targets backed by clear delivery strategies. In the challenging economic and social context currently faced by the UK, a rapid shift towards net zero offers much needed investment, competitiveness and job creation opportunities for UK businesses and investors in varied sectors such as construction, energy, manufacturing, engineering, transport and finance.

“The findings and recommendations of the Skidmore Review are based on an impressively comprehensive engagement with businesses and civil society, which provides a direct window into what businesses, public bodies and civil society need from the UK government to deliver net zero and secure the economic opportunities associated with it. The government should use the recommendations of this review to produce an updated and strengthened Net Zero Strategy early this year. It should also crack on with some of the most pressing policy recommendations highlighted in the report, such as on grid infrastructure, full power sector decarbonisation, energy efficiency in homes, resource efficiency, and business models to support the roll out of CCS, hydrogen and other low carbon solutions urgently needed by heavy industry.

Amanda Blanc, chief executive of Aviva, said: “I hope both the government and opposition parties will take careful note of it and together act swiftly on its recommendations. In particular, as co-chair of the UK Transition Plan Taskforce, I strongly agree that the government should put in place its own ‘clear, consistent and stable transition plan’ setting out the detail of how the UK will meet its climate commitments. In turn, this will unlock the business actions and investment needed to make the transition a reality.”

The review is split into two parts, with the first part exploring the opportunity, and benefits to individuals and the economy, emphasising that the UK must go further and faster to realise economic benefits. The second part sets out a roadmap for how government and industry can work to better exploit the opportunities and catalyse action in individual sectors of the economy, enhancing the role of local authorities, communities, and the individual to deliver the green transition.

The main recommendations to the government in the review are as follows: