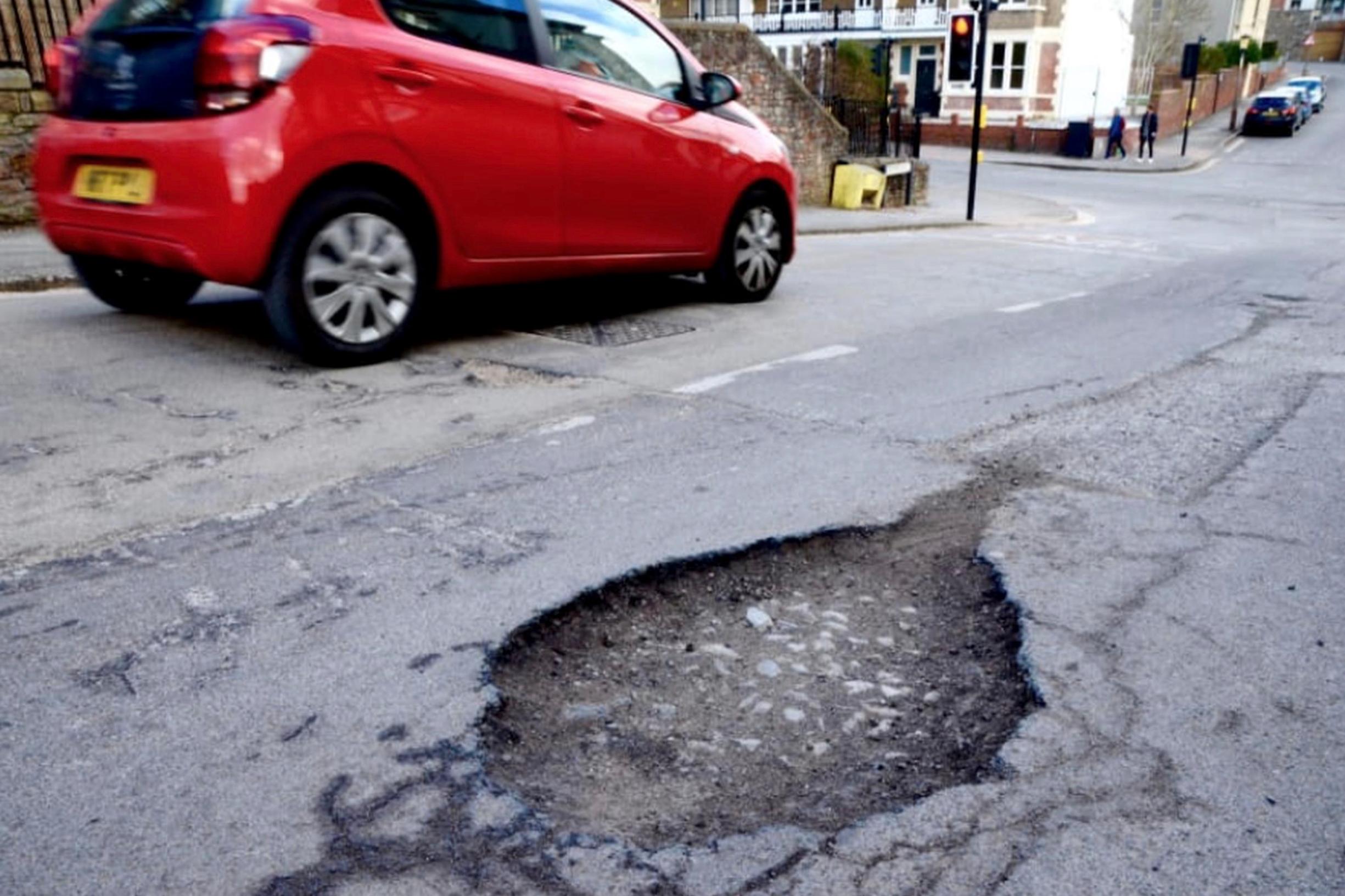 Councils have seen a 22% rise in the cost of repairing a pothole, relaying a road surface and other maintenance costs

The cost of filling potholes, building new roads and street lighting has soared, putting pressure on council budgets and delaying works, according to analysis by the Local Government Association (LGA) and the Association for Directors of Environment, Economy, Planning and Transport (ADEPT).

Road maintenance costs have increased, with a number of councils seeing a 22% rise in the cost of repairing a pothole, relaying a road surface and other maintenance costs, the analysis found.

Councils capital budgets, which support the building of new roads and other local infrastructure, have gone up 21%, it adds.

Meanwhile, councils have seen a 37.5% increase in the cost of running and repairing street lights over the last six months, with some authorities reporting that their running costs have doubled.

Prior to the war in Ukraine, an estimated 60% of bitumen, which is used to repair roads, was sourced from Russia and sold onto the European market. Since the Russian invasion, councils have had to ration the supply of the material and source it from other markets, pushing up costs and delaying road repairs, said the LGA and ADEPT.

Councils are already facing a significant road repair backlog, with latest estimates suggesting it would take them 10 years and £12bn to bring local roads up to scratch, the study found.

Cllr David Renard, transport spokesperson for the LGA said: “As this stark new analysis shows, councils across the country are facing unprecedented increased costs to repair our local roads, keep our street lights switched on and invest in improved local infrastructure.

“Global pressures, such as Russia’s invasion of Ukraine, as well as increasing inflation and a shortage of materials have all provided the perfect storm for councils and piled pressure on already stretched local budgets.

“To tackle this issue, the new Government must cover these increased costs for councils or risk roads condition getting worse or reductions in other services.”

Mark Kemp, president of ADEPT said: “Current inflation rates are having a massive impact on major capital schemes. Local authorities are doing all we can to identify additional funding to meet rising costs, but without a change to funding allocations from government, the funding gap problems that lie with local councils will worsen dramatically, increasing the risk of some schemes failing.

“Of course, it's not just major schemes. We face the same risks and issues with other grant allocations such as Bus Service Improvement Plans and Active Travel Schemes, where allocations based on bids made last year will not cover the cost of delivery. Without Government support, some local authorities will have to prioritise highways maintenance and call a halt to new schemes.”

Jack Cousens, head of roads policy at the AA, said that the rising costs could have an adverse impact on road users. “Roads maintenance is expensive and the price of materials is only making the situation worse,” he said.

“Plagues of potholes, streets with worn out road markings and hedges covering important road signs seem to increase daily. Warnings over the price of salt will worry road users that a harsh winter could cut them and their communities off from accessing vital services.

“However, rising costs should not be an excuse for squeezing more money out of motorists to fill the financial hole. Estimates for council revenue during the current financial year (2022/2023) point to a surpluses from parking, including fines, of more than £1bn from parking and approaching £95m from bus lane enforcement.

“And that is before they haul in the millions of pounds from the moving traffic violation enforcement powers they have been given. Whilst understanding the increase in prices of materials, there should be adequate funds from traffic and parking revenue to fill those holes.”