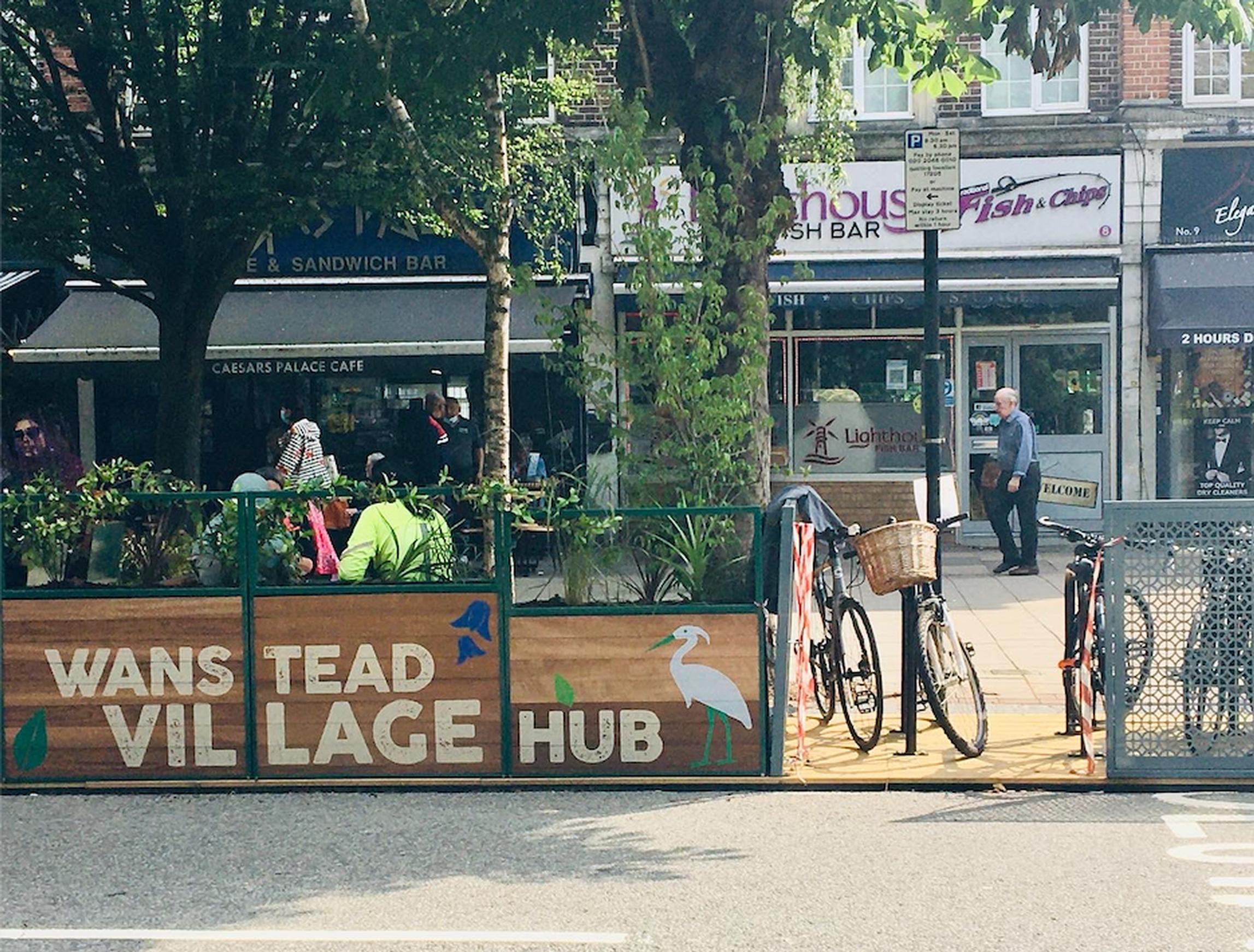 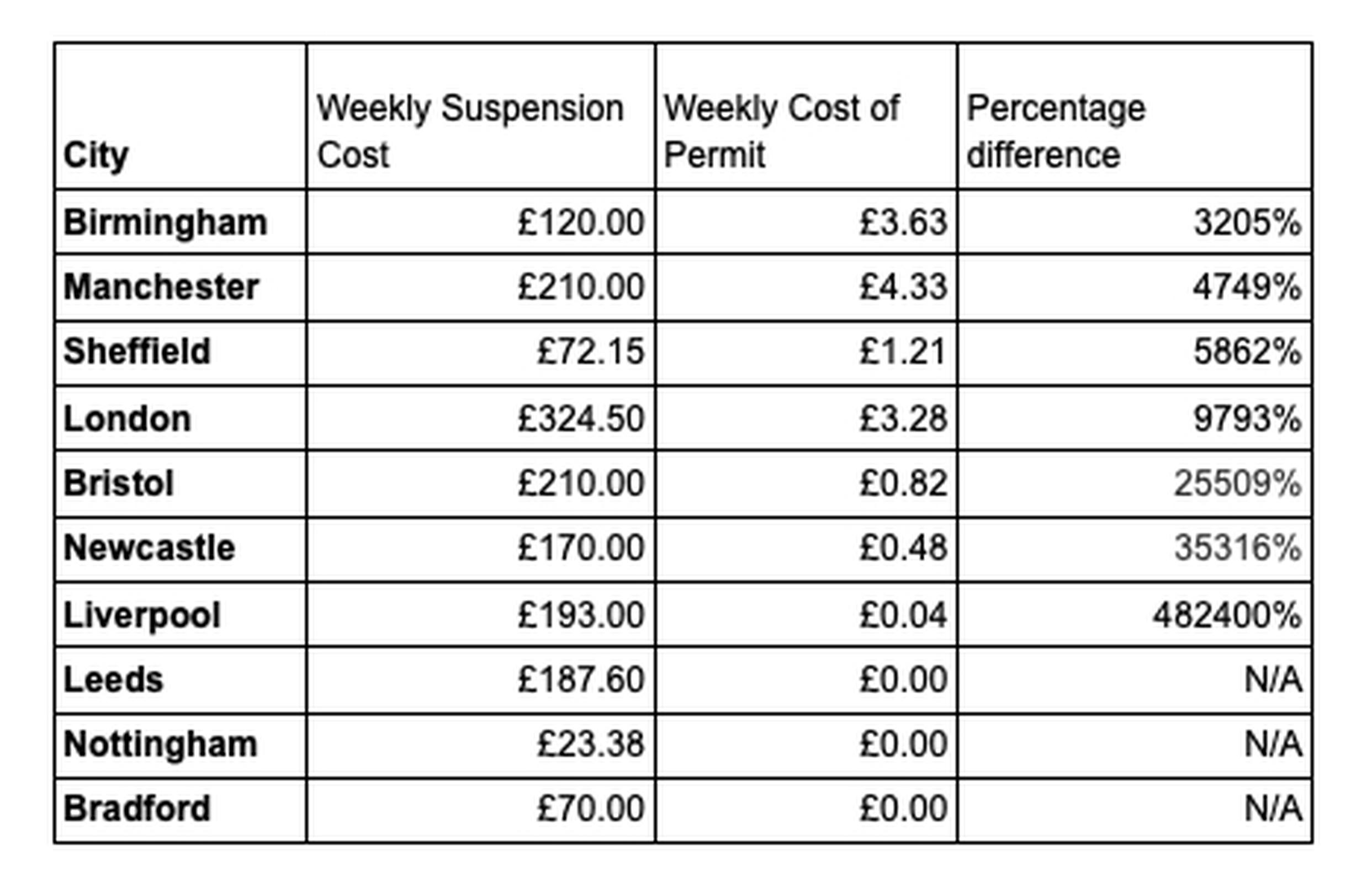 New analysis of parking bay permits and suspensions has revealed how cities in the UK “heavily incentivise” the ownership of private vehicles, according to climate change charity Possible.

It is 115 times more expensive to suspend a parking bay than pay for a parking permit, suggests research by Possible of parking in England’s 10 biggest cities.

The cost of a parking permit should be a truer reflection of the land being used, as well as the societal costs of car ownership through pollution, road danger and loss of space, a Possible spokesperson said.

Local authorities should implement an “affordable and easy process” that allows residents to reclaim public space.

The spokesperson told LTT: “We think the main solution on residential streets are parklets. These mini-parks can be used to provide seating, cycle or micromobility storage and greenery.

“They can also become places for community interaction. It's also essential that they're accessible, made from sustainable, locally-resourced materials and include plants that are drought-resistant so they're robust for the impacts of climate change.”

More research is needed to understand the connection between parking policy and the climate crisis, said the charity. It has urged councils to take the following steps:

• Introduce CPZs (controlled parking zones) where there currently are none, and ensure that the cost of a parking permit is at least £150, with larger and more polluting vehicles charged more or refused permits. With exemptions for disabled people and for people with mobility difficulties.

• Implement an annually-decreasing cap on the number of residential parking permits issued to private cars.

• Commit to “car-free as a starting point” for all new housing developments (with exceptions as noted in the first point).

There is a lot of excess parking space in cities, the spokesperson told LTT. “You could argue that because cars are going unused 95% of the time, that even when they're being used they're taking up public space in an ‘excess’ way. The solution that we usually see in this is for car clubs to become more popular so a car can be shared more efficiently. Also, a lot of parking space that is reserved for cars is relatively useless when there aren't cars parked there.”