We need to talk about road pricing 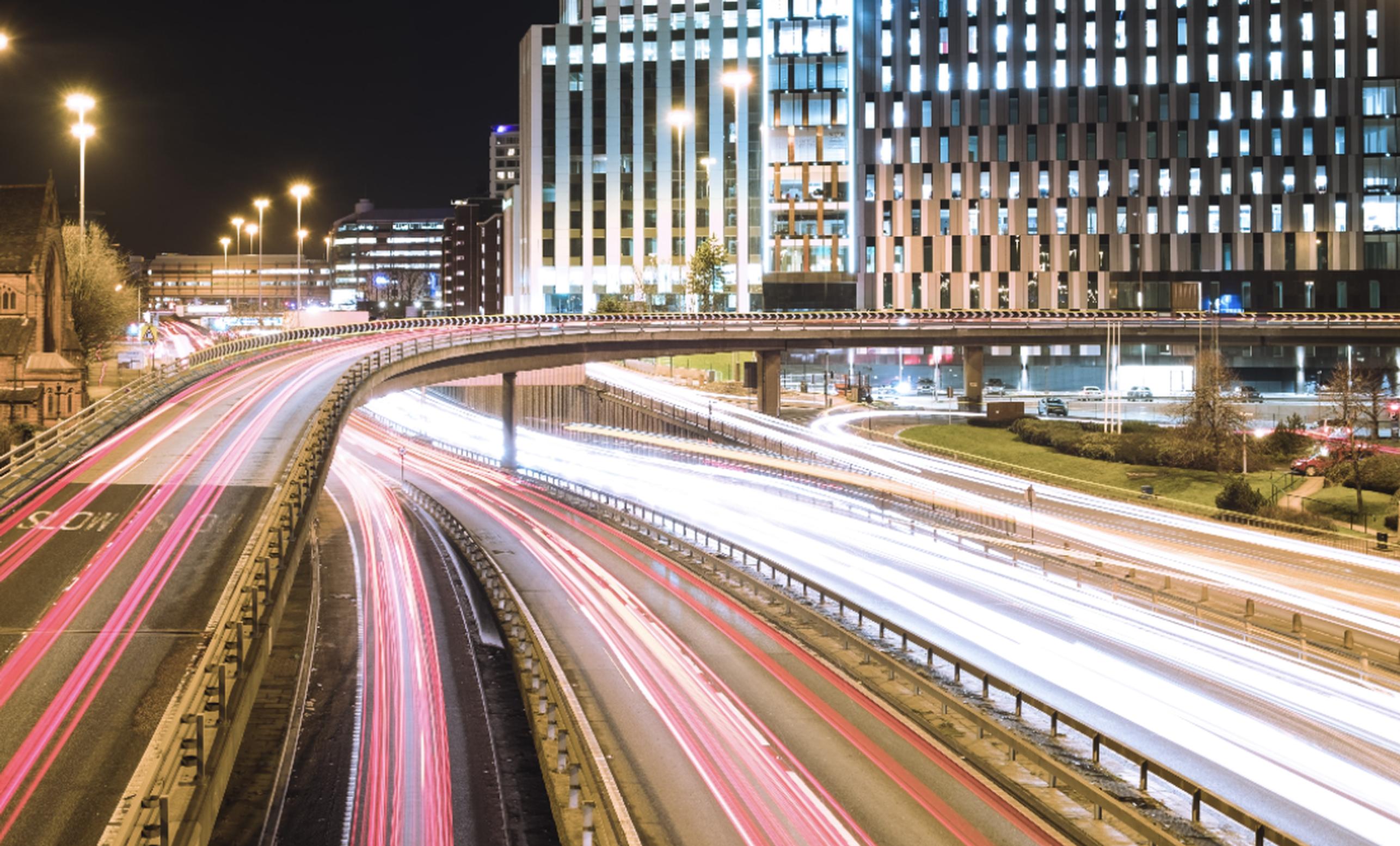 The UK faces a future of under-resourced and congested roads unless the government acts urgently to reform motoring taxation, warns the House of Commons Transport Committee. The MPs argue that a road pricing system, based on miles travelled and vehicle type, would enable the government to maintain the existing link between motoring taxation and road usage. In its new report, Road Pricing, the committee warns that it has not yet seen a viable alternative to a road charging system based on technology which measures road use.

The ban on the sale of new petrol and diesel vehicles from 2030 will result in a corresponding decline in two significant sources of Treasury revenue. As sales of electric vehicles increase, Treasury revenue from motoring taxation will decrease, because neither fuel duty nor vehicle excise duty (VED) are currently levied on electric vehicles. Without reform, policies to deliver net zero emissions by 2050 will result in zero revenue for the government from motoring taxation. The committee urges the government to act now to replace a potential loss of £35bn to the Exchequer.

When replacing the existing motoring taxes, the MPs call for the government to ensure that the new charging mechanism:

In signalling a shift to an alternative road charging mechanism, the report calls for drivers of electric vehicles to pay to maintain and use the roads which they drive on, as is currently the case for petrol and diesel drivers. There must, however, remain incentives for motorists to purchase vehicles with cleaner emissions.

As departments responsible for managing congestion and maintaining the public purse, the MPs recommend that Treasury and Department for Transport should join forces to set up an arm’s length body to examine solutions and recommend a new road charging mechanism by the end of 2022.

Huw Merriman, chair of the committee, said: “It’s time for an honest conversation on motoring taxes. The government’s plans to reach net zero by 2050 are ambitious. Zero emission vehicles are part of that plan. However, the resulting loss of two major sources of motor taxation will leave a £35bn black hole in finances unless the government acts now – that’s 4% of the entire tax-take. Only £7bn of this goes back to the roads; schools and hospitals could be impacted if motorists don’t continue to pay.

“We need to talk about road pricing. Innovative technology could deliver a national road pricing scheme which prices up a journey based on the amount of road, and type of vehicle, used. Just like our current motoring taxes but, by using price as a lever, we can offer better prices at less congested times and have technology compare these directly to public transport alternatives. By offering choice, we can deliver for the driver and for the environment.

“Road pricing should not cost motorists more, overall, or undermine progress on active travel. Work should begin without delay. The situation is urgent. New taxes, which rely on new technology, take years to introduce. A national scheme would avoid a confusing and potentially unfair and contradictory patchwork of local schemes but would be impossible to deliver if this patchwork becomes too vast. The countdown to net zero has begun. Net zero emissions should not mean zero tax revenue.”

Responding to the MP’s report, a Treasury spokesperson said: “The government has committed to ensuring that motoring tax revenues keep pace with the changes brought about by the switch to electric vehicles, whilst keeping the transition affordable for consumers. We will respond to the committee’s recommendations in full in due course.”

Following the March 2020 Budget, the Treasury launched a consultation that covered the future of VED which made direct reference to electric vehicles, but it has not yet published the consultation’s findings.

Moving in the right direction

Reactions to the Road Pricing report

Steve Gooding, director of the RAC Foundation, said: “The Transport Committee has astutely spotted that the silver lining of zero-carbon motoring comes wrapped in a cloud of trouble for the chancellor as his fuel duty income dries up. This report joins an illustrious catalogue of reports arguing that ‘something must be done’. What’s different today is that the chancellor is fast approaching a financial cliff-edge. Forget 2050, our analysis shows that fuel duty revenue from cars alone could be down by £5 billion a year as soon as 2028 because of accelerating sales of battery-powered cars.

“Drivers choosing to go electric deserve to know what is coming next – particularly if the promise of cheap per-mile running costs is set to be undermined by a future tax change. If the Treasury is thinking it can leave this issue for another day but still recoup their losses from electric vehicles they risk a furious backlash from drivers who made the choice to go electric expecting to save money. The temptation with road user charging is to create an over-complex system that’s expensive to run and fails to deliver the desired outcome. The trick is to keep it simple: less risky to operate for the government and easy to pay for the motorist, for example by allowing payment to be collected alongside vehicle insurance premiums.”

Nicholas Lyes, RAC head of roads policy, said: “As more electric vehicles come on to our roads, revenue from fuel duty and vehicle excise duty (VED) will decline, so it’s inevitable a new system will have to be developed. Our research suggests that drivers broadly support the principle of ‘the more you drive, the more tax you should pay’, with nearly half (45%) saying a ‘pay per mile’ system would be fairer than the current regime.
“Whatever any new taxation system looks like, the most important thing is that it’s simple and fair to drivers of both conventional and electric vehicles. Ministers should also consider ringfencing a sizeable proportion of revenue for reinvestment into our road and transport network. The Treasury needs get moving on this sooner rather than later.”

Edmund King OBE, president of the AA, said: “It has been obvious for some time that the transition to zero emission vehicles will mean the Treasury will need to recoup the £35bn currently taken in fuel duty and VED. While the committee had argued that any new system should totally replace fuel duty and VED, we believe a transition period would be required to still encourage the take-up of EVs. Whatever system is put forward must be equitable or it will backfire.”

Silviya Barrett, head of policy at Campaign for Better Transport, said: “The government needs to start an open, honest conversation about reforms to motoring taxation, and quickly, because the status quo can’t continue. We welcome this report, which we hope will start this conversation happening in earnest.

“Road pricing, based on distance travelled and how polluting a vehicle is, can be a fairer system for everyone. It can reduce congestion, air pollution and carbon emissions and encourage a shift to greener modes where possible. We welcome the recommendation that an arm’s length body be set up to examine road pricing. This will allow a wide range of implications to be examined and, we hope, cross-party consensus to be reached.”

Michelle Gardner, head of public policy at Logistics UK, said: “As the logistics industry transitions to zero tailpipe emission vehicles at pace, Logistics UK is urging the government to involve the sector as it decides the future of motoring tax; any new charging system, such as road pricing, must be fair, proportionate, and provide businesses with the certainty they need to plan their long-term investments into alternative fuelled vehicles. As the Transport Committee identified, road charging must replace rather than add to existing motoring taxes, and be revenue neutral to limit the financial burden placed on logistics businesses, with all investment going back into road maintenance and improvement.”

Toby Poston, director of corporate affiars, British Vehicle Rental and Leasing Association (BVRLA), said: “Road pricing involves a total rethink about the way we tax motorists and incentivise transport behaviour. It is a controversial topic, and one that successive governments have chosen to avoid. Rapid transport decarbonisation and the 2035 Phase Out means that policymakers have to get off the fence and start providing a roadmap for the future of motoring taxation. BVRLA members have set out their road pricing principles, and we are delighted that the Transport Select Committee agrees with so many of them, particularly the need to make any system revenue neutral and think about the needs of essential road users.”